By Zhanna Shayakhmetova in International on 13 June 2017

ASTANA – Religious leaders for a safe world will be the key topic at the 6th Congress of Leaders of World and Traditional Religions Oct. 10-11, 2018. 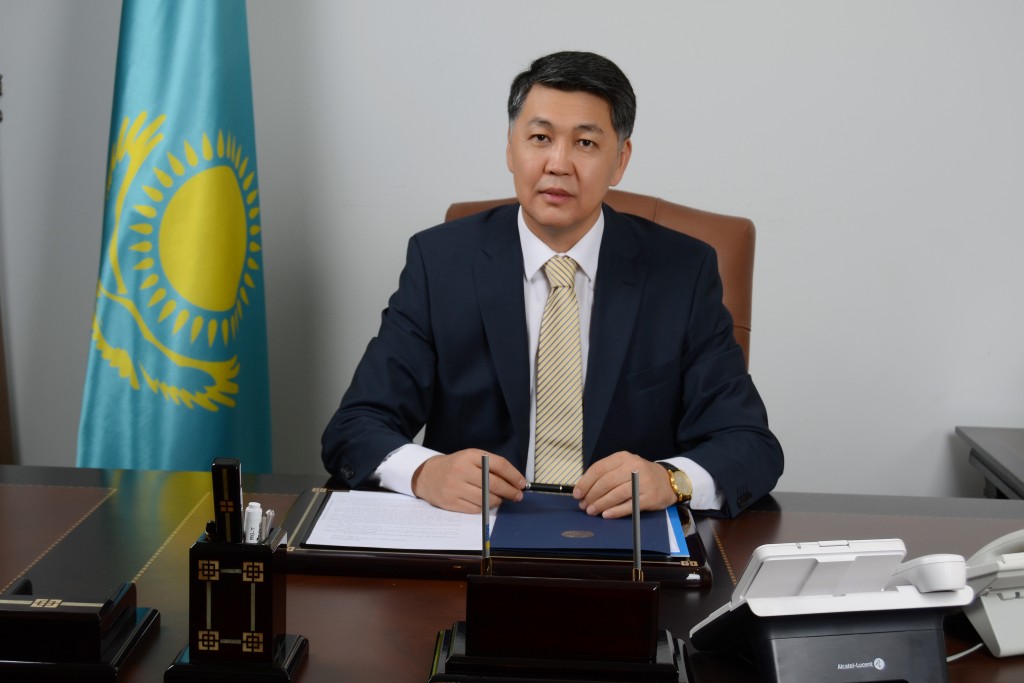 “This theme symbolises the commitment of religious leaders to a safe, conflict-free world where harmony, justice and compassion reign. There is a need to prompt societies and countries to take a more decisive part in building a world without war and violence and safe for all people,” said Kazakh Vice-Minister for Religious Affairs and Civil Society Berik Aryn in an interview for this story.

The list of panel session themes includes President Nursultan Nazarbayev’s manifesto “The World. The 21st Century” as a concept of global security and religions in changing geopolitics; new opportunities for the consolidation of humanity, religion and globalisation; challenges and answers for religious leaders and politicians and overcoming extremism and terrorism.

“Our country has supported international efforts aimed at strengthening peace and security, promoting interreligious dialogue and harmony and fighting against religious extremism and terrorism in all their forms and manifestations from the first days of its independence. Counteraction to present-day threats and challenges requires the joint efforts of leaders of world and traditional religions,” he said.

Aryn noted the role of the Secretariat of the Congress of Leaders of World and Traditional Religions. Its 16th session took place May 18 in the Kazakh capital and representatives of Islam, Christianity, Judaism, Buddhism, Taoism, Shinto and Hinduism, leaders of international organisations and guests participated in the meeting. The delegates agreed and approved the agendas of the third meeting of the Council of Religious Leaders and the sixth congress.

Initially, the secretariat was created to effectively organise the work of the participants of the interreligious summit, develop conceptual documents and materials for the global agenda of the next congress and seek solutions for security issues of societies and states.

“The secretariat has become an authoritative institution of the congress with prospects for the growth and development of this unique global interreligious dialogue platform. The core values ​​of the secretariat – tolerance, respect for each other’s interests and opinions, mutual understanding and interested and voluntary agreement to implement the agreements reached – have contributed to the productive activities of the congress over 14 years,” said Aryn.

A great deal of work must be done to improve the efficiency and effectiveness of the sixth congress and strengthen its status in the global world.

Kazakhstan’s priorities on the UN Security Council were also presented as part of the event. The protocol of the 16th secretariat, providing the conceptual and substantive basis for the upcoming sixth Congress, was adopted. All the issues on the agenda have been considered and discussed and the relevant decisions taken were included in the protocol.

“The large-scale preparation for the interreligious summit has been planned, including the development of the sixth congress’ concept. The key provisions of the declaration are currently under consideration,” he said.

Aryn also spoke about the plan to adopt the Concept of State Policy in the Religious Sphere up to 2020, an important strategic document for the nation.

“It provides approaches on improving state-confessional and inter-confessional relations, strengthening the secular foundations of the state and preventing the use of religion for destructive purposes. The document is based on an analysis of the main trends and features in the religious sphere and defines the strategic goals and main directions of state policy in the religious sphere. It has been developed as part of the Kazakhstan 2050 strategy and ‘Course towards the future: modernisation of Kazakhstan’s identity’ policy set by President Nursultan Nazarbayev,” he added.

The draft of the document has been widely publicised and coordinated by state bodies, after which it was approved by the government.

“The concept is aimed at the need to create a new model for the unity and consent of citizens regardless of their religion and ethnicity, whose consciousness is a complex palette from deep believers to atheists. Accounting for this factor is certainly an important condition for the effectiveness of public policy,” he said.

“The religious vector has always been and remains one of the most important priorities of Kazakhstan’s domestic policy. Ensuring peace and security, strengthening the political stability of secular society, the social well-being of the citizens and countering religious extremism and terrorism are simple but urgent tasks in the religious sphere,” he said.