ASTANA – The new Nurly Zhol railway station had its first passengers June 1 and a visit from President Nursultan Nazarbayev, according to akorda.kz. 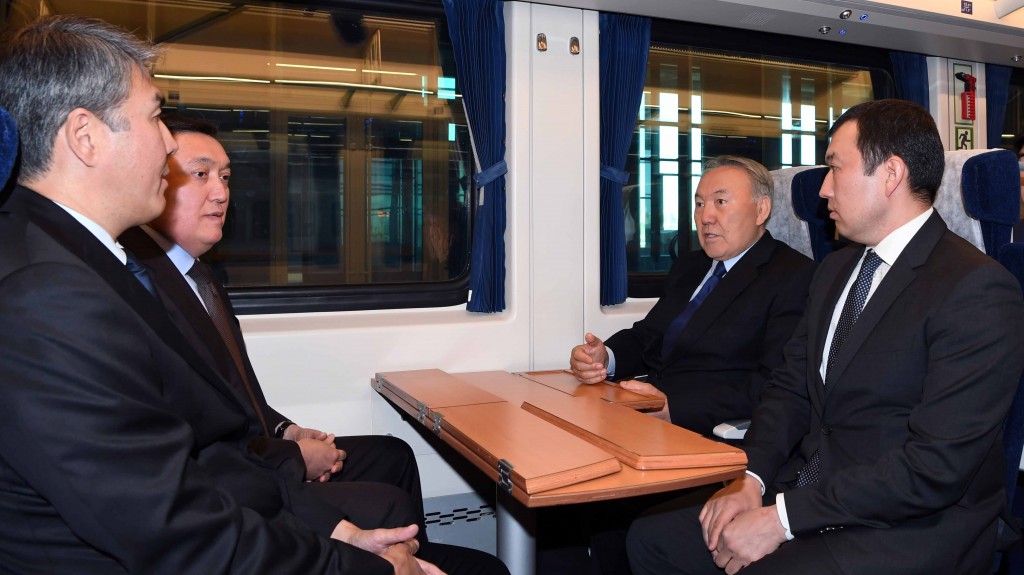 In the run-up to EXPO 2017 in the capital, the whole city is undergoing a make-over – new buildings, hotels and services are being launched – all to accommodate guests during the three-month exhibition.

Nazarbayev, who met with the station’s staff and had the chance to assess some of the surrounding infrastructure, told the press he was impressed.

“Soon, the opening of the expo exhibition will kick off; this is why today I’m checking the new facilities of the capital, which are the new pride of Astana. New air routes are being launched covering the whole of Europe and Asia. These objects show the new look of the capital. The Nurly Zhol railway station is one of a kind, as there is no such station in the entire post-Soviet region,” he said. 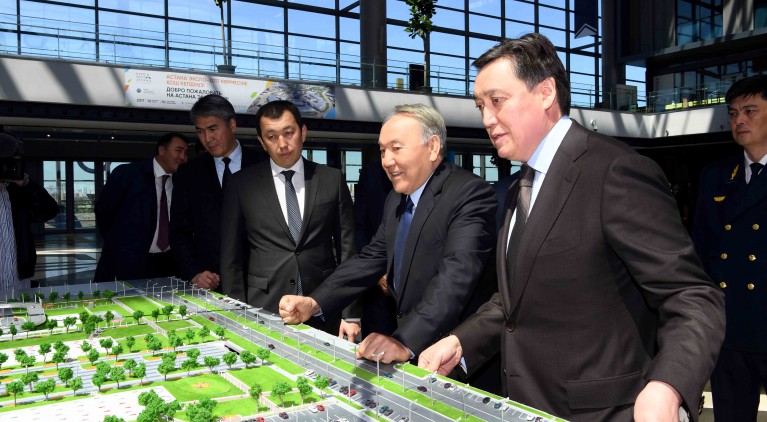 The head of state also stressed the dynamic pace of infrastructure and transport development in the entire country; for example, the launch of the high-speed Talgo trains from Astana to all regions.

“All this is being built for the future of our state,” said the President. “These projects were erected within the framework of the Nurly Zhol programme. Only by launching the new terminal will the airport’s capacity increase from three to eight million passengers per year. All the expo visitors will arrive in Astana via these new facilities.”

The Nurly Zhol station complex consists of six levels with an area of ​​126,000 square metres connecting six receiving and sending routes. Passengers get on and off the trains on the third floor. The station is equipped with cutting-edge intelligent control and monitoring systems for passenger traffic, queueing, security and e-ticket sales.

The station’s management said it expects a passenger flow of approximately 12 million people a year. The facility, built according to the latest advanced technologies, has a staff of more than 1,000 people. Trains will now arrive inside the station to ensure passengers are warm during the winter and comfortable in summer’s heat. The new station was constructed according to all international and modern standards and will include energy-saving elevators and escalators to follow the future energy concept.

The expo exhibition will officially launch June 10. The grand opening ceremony, scheduled for June 9, will include parades and theatrical shows with foreign and local stars and celebrities.

The organisers are expecting about five million visitors in the span from June 10-Sept. 10. Approximately 85 percent of the guests will be Kazakh residents, while the remainder will be foreign citizens, the majority from the Commonwealth of Independent States (CIS) countries and China.