By Anuar Abdrakhmanov in Sports on 23 June 2017

ASTANA – Kostas Flevarakis has been hired as the new coach of BC Astana, Kazakhstan’s premier basketball team. 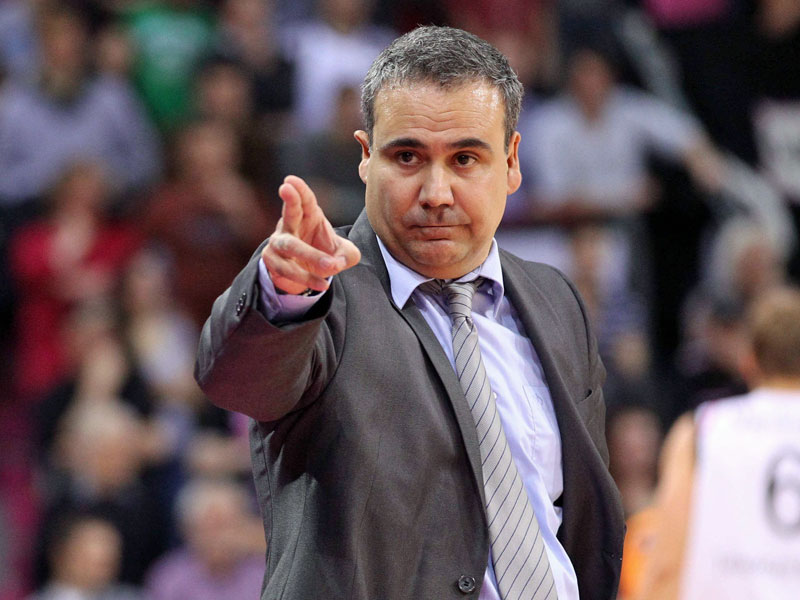 He will replace Greek compatriot Ilias Papatheodorou, who guided the team to the national championship and VTB United League playoffs in the 2016-2017 season. The Kazakh club delivered a decent overall performance during the season and dropped out of the VTB League only after losing to CSKA Moscow, one of the best clubs in European basketball.

Flevarakis began his career in 1995 as a coach with the Greek club PAOK, which won the Greek Cup three years later. He also led AEK, another major Greek club, before becoming an assistant coach with the NBA’s Milwaukee Bucks during the 2001 summer league. Flevarakis later worked as a scout with the NBA’s Denver Nuggets. Last season, he coached the Rethymno Cretan Kings, a club competing in Greece’s top-tier basketball league.

BC Astana’s management signed a one-year contract with the new coach.

“The past season was successful for us, as we won the national championship, made it to the VTB League playoffs and finally opened our children’s academy. The whole team did a good job. I am pleased with the current management of the club, the general manager and the young executive director. These people are eager to develop basketball and are really working on achieving the club’s goals and objectives. I would especially like to thank the team’s former head coach Ilias Papatheodorou for the work he did, for the results and fruits the team achieved with him. Unfortunately, Ilias had to return home for family reasons, which is why we announced the appointment of Flevarakis,” said Astana Presidential Professional Sports Club Executive Director Amanbek Kulchikov.

“We set the bar high for the team and the renewed line-up, which is to win the national championship, reach the VTB League playoffs, develop the academy and strengthen the image of BC Astana,” he added.

Valery Tikhonenko, a member of the USSR team that won the basketball tournament at the 1988 Seoul Olympics and is now general manager of BC Astana, noted the club is paying special attention to training a new generation of Kazakh players. The plan is being executed by investing efforts in the club’s children’s academy to develop a stronger home-grown professional cadre.

“I was very much looking forward to the opening of this academy and I am pleased that the academy now actively works and is in demand among a great number of children. I am grateful to the Astana Presidential Club for their support and help. Last season, we achieved our goals; we had a successful season in general and will start the new season with exactly the same ambition. Of course, we need to take into account the fact that we went through some changes. We have Costas Flevarakis, a true professional, with us now and I am sure that together with him our guys will achieve good results,” said Tikhonenko.