ASTANA – AllurGroup shipped June 24 the first batch of 55 Chinese-designed JAC cars worth almost $600,000 to Tajikistan, according to the company’s website. 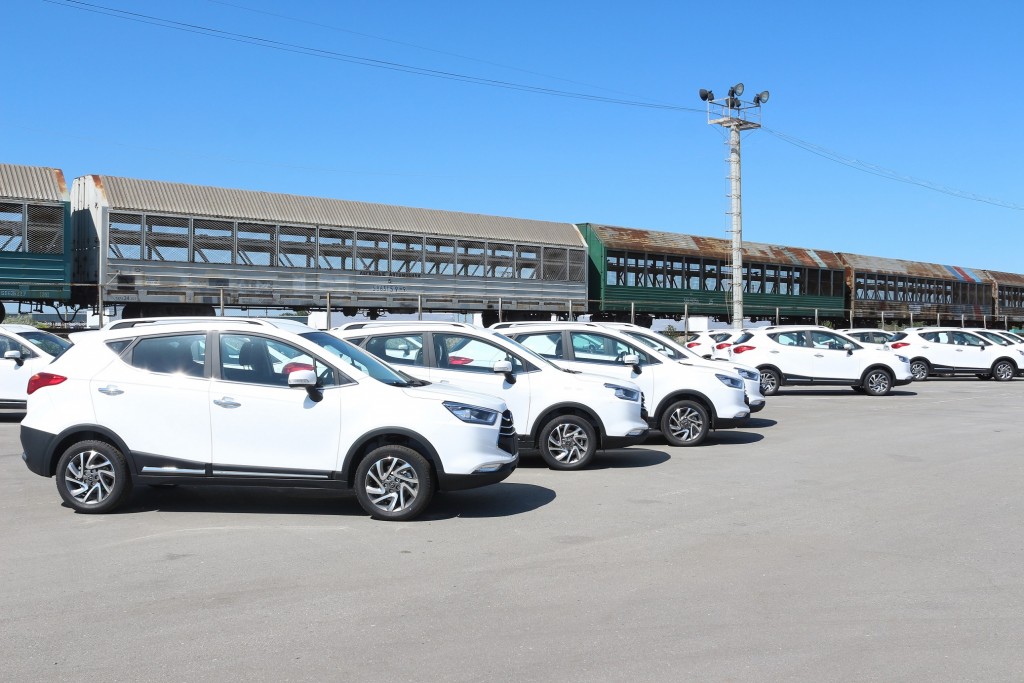 “The instrument of export trade financing allowed the domestic manufacturer to make a comprehensive proposal for the buyer, which is a delivery of goods plus financing,” said Kazakh Export’s Chairperson of the Board Ruslan Iskakov.

Holding Asia Group Tajikistan and AllurGroup, with the assistance of the export insurance company Kazakh Export and the Embassy of Kazakhstan in Tajikistan, agreed in April to ship cars manufactured in Kazakhstan to Dushanbe until the end of 2018. The cars will renew the taxi fleet of the Tajik capital. The Kostanai-made crossovers JAC S3 were chosen due to their high cross-country ability and affordability.

The vehicles will be shipped by rail from a temporary storage warehouse located on the territory of the plant in Kostanai.

All cars supplied to Dushanbe are produced at SaryarkaAvtoProm facilities. Due to the increase in the company’s export potential, production volumes are growing at the AllurGroup plant in Kostanai. For the first five months of this year, production growth at the plant was 440 percent, including due to the launch of production of models of new brands. SaryarkaAvtoProm, a part of the AllurGroup group of companies, is the only enterprise in Kazakhstan that carries out completely knocked down (CKD) car assembly, including welding and painting.

For the first five months of 2017, the volume of exports of Kazakhstan’s cars reached 341 units. The exported cars under the contract with the Tajik holding will increase this number by 16 percent, reads the statement.

“The deal of the AllurGroup with Tajik partners, taking into account the planned volume of supplies, will significantly increase the export potential of Kazakhstan’s automobile industry and will be an important step towards the realisation of the President’s task of increasing the country’s export potential,” according to the press release.