ASTANA – Astana will host the Astana Keshteri music festival for the sixth time May 26-29 at three venues, reported Tengrinews.kz. 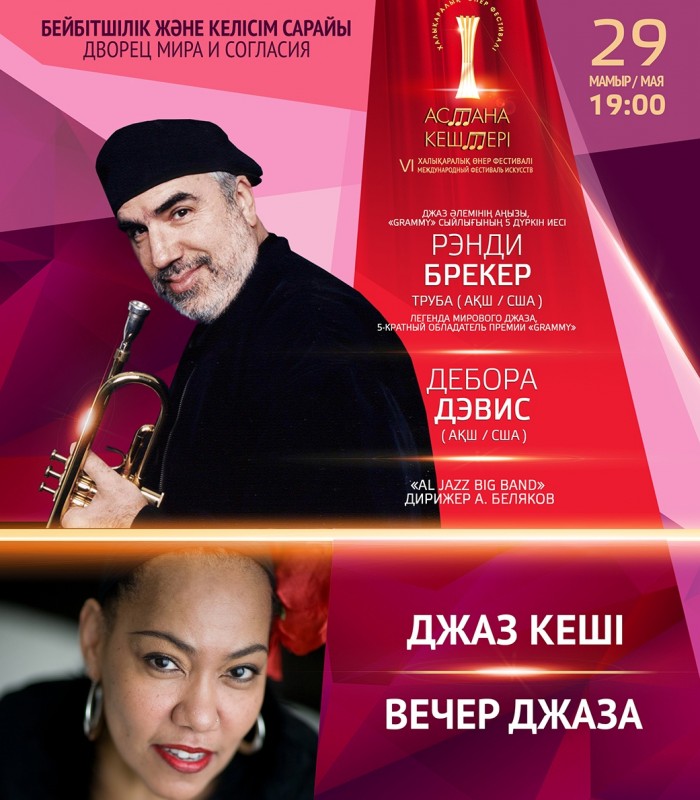 According to the organisers, this is one of the most important cultural events in the country. Its main goal is to allow the widest audience to get to know the masterpieces of world art. Therefore, tickets for concerts are always distributed free of charge. Their distribution will start May 16 at the Organ Hall of Kazakh National University, 33 Pobedy Avenue. The contact number is 87786114798.

The festival will present the audience four evenings with the participation of recognised music masters from around the world, including performers of classical, popular and variety music.

The evening of classical music will be May 26 at 7 p.m. at the Astana Opera, where one of the brightest cello players of the younger generation Alexander Ramm and the Honoured Artist of Russia Natalia Trull (piano) will perform. The Symphony Orchestra will also perform, conducted by the Honoured Worker of Kazakhstan Abzal Mukhitdinov

On May 27, the Organ Hall of Kazakh National University of Arts will host an evening of chamber-vocal music at 7 p.m. The leading soloist of the capital’s opera Maira Mukhamedkyzy, Honoured Art Worker of Kazakhstan Timur Urmancheyev (piano) and other musicians will perform that day.

Martin Sander (Germany), professor of organ at the Hochschule für Musik (University of Music) Detmold and at the University of Music in Basel, who is also a jury member in international competitions will be performing at the same venue on May 28 at 7 p.m.

The jazz evening will take place in the Palace of Peace and Harmony on May 29 at 7 p.m. A legend of world jazz, five-time Grammy winner Randy Brecker and Kazakh jazz band conducted by Aleksandr Belyakov will perform. Deborah Davis from the United Stated will sing.

The festival is held on the initiative and under the patronage of Dariga Nazarbayeva, who heads the board of trustees of the Degdar Humanitarian Fund.