By Malika Orazgaliyeva in International on 24 May 2017 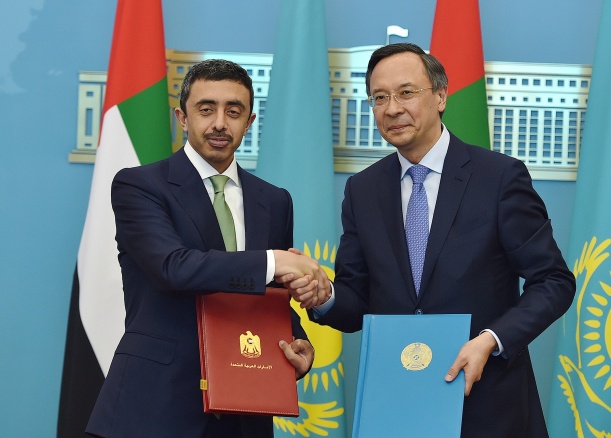 The foreign ministries agreed to establish a mechanism to exchange information on emergencies with citizens requiring consular and legal protection.

The two ministers also discussed implementing agreements reached during the January visit of President Nursultan Nazarbayev to Abu Dhabi as well as trade, economic and investment cooperation and international issues, including the Syrian crisis, the situation in Yemen, Libya and Iraq.

They also expressed a desire to cooperate within regional and international organisations, including the United Nations, Organisation of Islamic Cooperation (OIC) and Conference on Interaction and Confidence Building Measures in Asia (CICA). 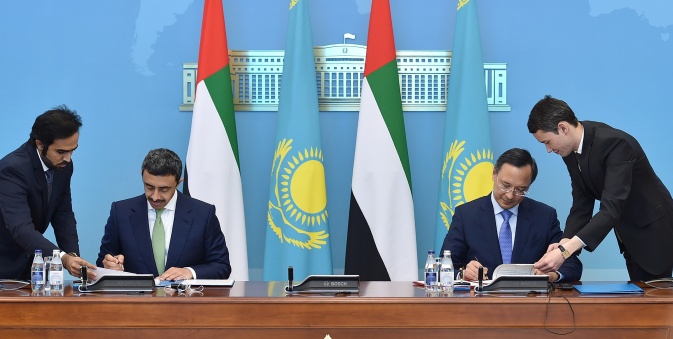 “We have made a significant breakthrough in our bilateral negotiations on consular issues. The geography of our tourist destinations is being significantly expanded. The UAE is one of the most popular destinations among our tourists,” Abdrakhmanov said. According to statistics provided by the UAE minister, around 100,000 Kazakh citizens visit the Emirates annually. In its turn, Kazakhstan has been offering visa free travel to the UAE citizens since 2014 for 15 days, and beginning this year – for 30 days on each visit.

“At a meeting with President Nazarbayev, I was able to convey to him greetings from the UAE President Sheikh Khalifa bin Zayed bin Sultan Al Nahyan.  The current state of relations is achieved thanks to our great efforts. It is expected that the concluded agreement will give an impetus to the development of tourism, trade and investment spheres,” Sheikh Abdullah said.

“I am glad that the UAE pavilion will be presented at the international specialised exhibition EXPO 2017 in Astana. Our country will host EXPO 2020 in Dubai. We will learn Kazakhstan’s experience in preparation for this event,” he added.

Sheikh Abdullah also thanked Abdrakhmanov for supporting the Syrian people and hosting the Astana Process talks on ending the violence in the six-year old conflict in that country. He expressed hope for an early settlement of the Syria crisis. 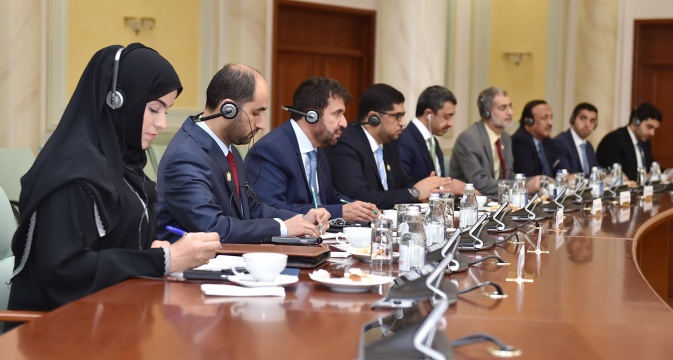 Abdrakhmanov invited his colleague to attend the Sept. 10-11 OIC Summit on Science and Technology in Astana and noted the importance of opening the Astana International Financial Centre (AIFC) on the premises of EXPO 2017.

Earlier on May 22, the Kazakh Foreign Ministry hosted the first meeting of the Joint Commission on Consular Issues between Kazakhstan and the UAE.

The meeting discussed consular and legal relations between the two countries, cooperation in protecting the rights and interests of citizens, legal assistance to individuals and legal entities, as well a sEXPO 2017 in Astana.

First Deputy Minister of Foreign Affairs of Kazakhstan Mukhtar Tleuberdi said the two states are able to have an open dialogue on bilateral cooperation and international issues.