ASTANA – Radost, (“Joy”), a charity shop in Karaganda, is one of the brightest examples of social entrepreneurship in the country. Its founder, Meruyert Argimbayeva, started her business more than three years ago. She still puts all her efforts towards developing direction in her region and is referred to as the heart, soul and brain of the project on the shop’s Facebook page. 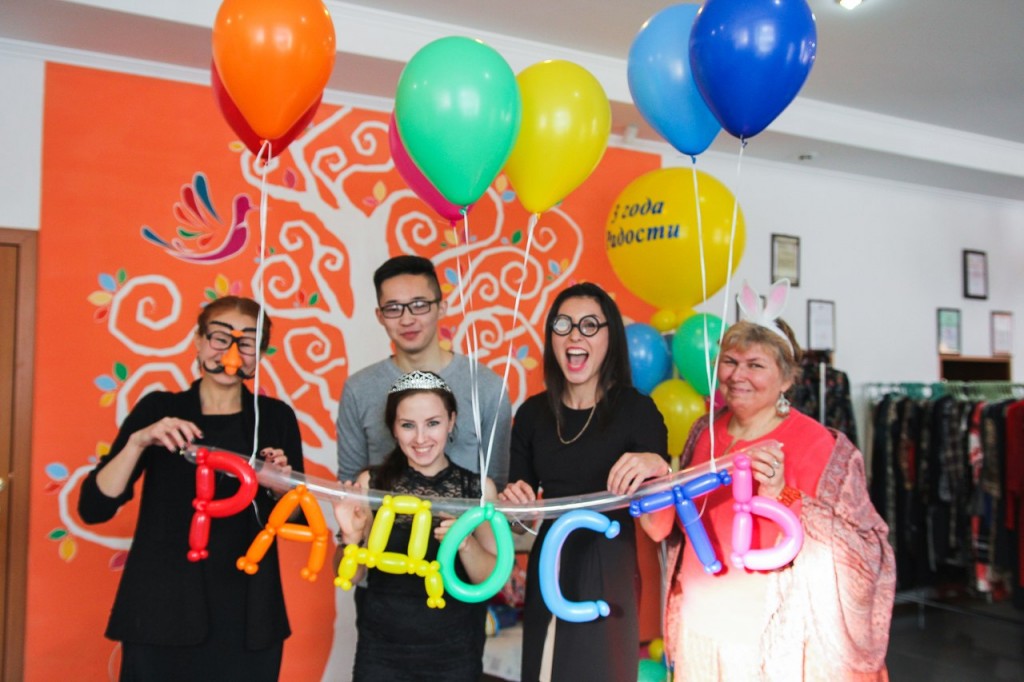 “Radost is a traditional charity shop. We receive items from the people, almost everything except books and audio and video production. Then, we sort them. Mostly, second-hand items are in good condition, including bed linens, towels, medicaments and dishes distributed for free. Radost covers a few thousand families in the Karaganda region. Even though a big part of the items is given free-of-charge, there are products that are absolutely new. They were received from boutiques that are closing or things that do not fit their owners or, for example, rare, interesting things or items in perfect condition – they are sold in the shop,” said Argimbayeva in an interview with The Astana Times.

“We have worked with We Help charity fund for a long time now. Their base has around 100 children with diseases of the brain and central nervous system. Our principal position is to help children only from Karaganda and the Karaganda region and from that list,” said Argimbayeva. 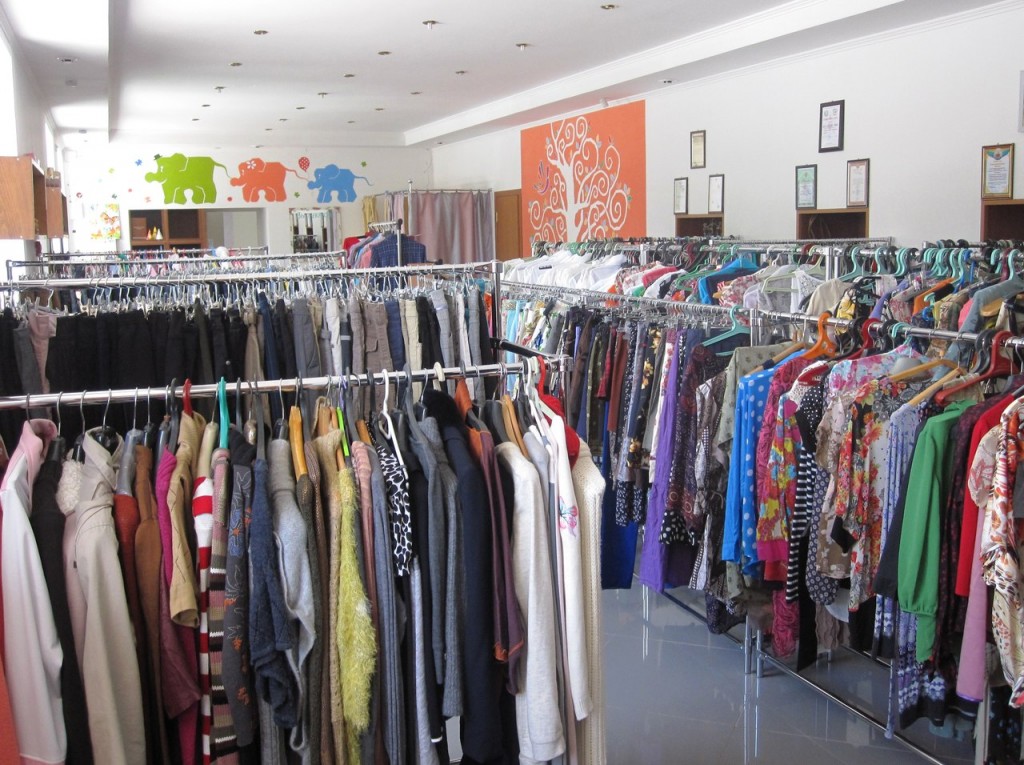 Although the first charity shops appeared around 50 years ago, Argimbayeva was one of the few who brought the idea to Kazakhstan. She decided to take the risk three and a-half years ago.

“I had an opportunity to go through a special course on social entrepreneurship at the St. Petersburg School of Economics and Management. Also, I have read a lot of related sources,” she said.

After the decision comes action, and the young entrepreneur faced several issues on the way.

“Karaganda is almost a third city in Kazakhstan, but in fact it is a provincial and miners’ city. Salaries are not high, with a harsh climate and poorly developed logistics. People had no idea at all what a charity shop and social entrepreneurship were. People think charity is when everything is given out for free by rich people to poor. I decided to promote a format of social entrepreneurship and I was the first in the region. No one knew what it was except me. I had difficulties, mainly due to the mindset of people. Today, some people still do not understand how a charity organisation can earn money by trade and can be financially independent,” she said.

Another difficulty was positioning.

“Before that I was a classic volunteer, helping deaf and dumb children to find sponsors and resolving their issues. Also, we were organising charity events almost every month to collect money for seriously ill children. In addition, we were helping the poor families of disabled people. So, I had to determine what I wanted and what I had a right for. It is hard to accept the fact that I am a social entrepreneur now, that I receive a salary and charity is my profession now,” added Argimbayeva. 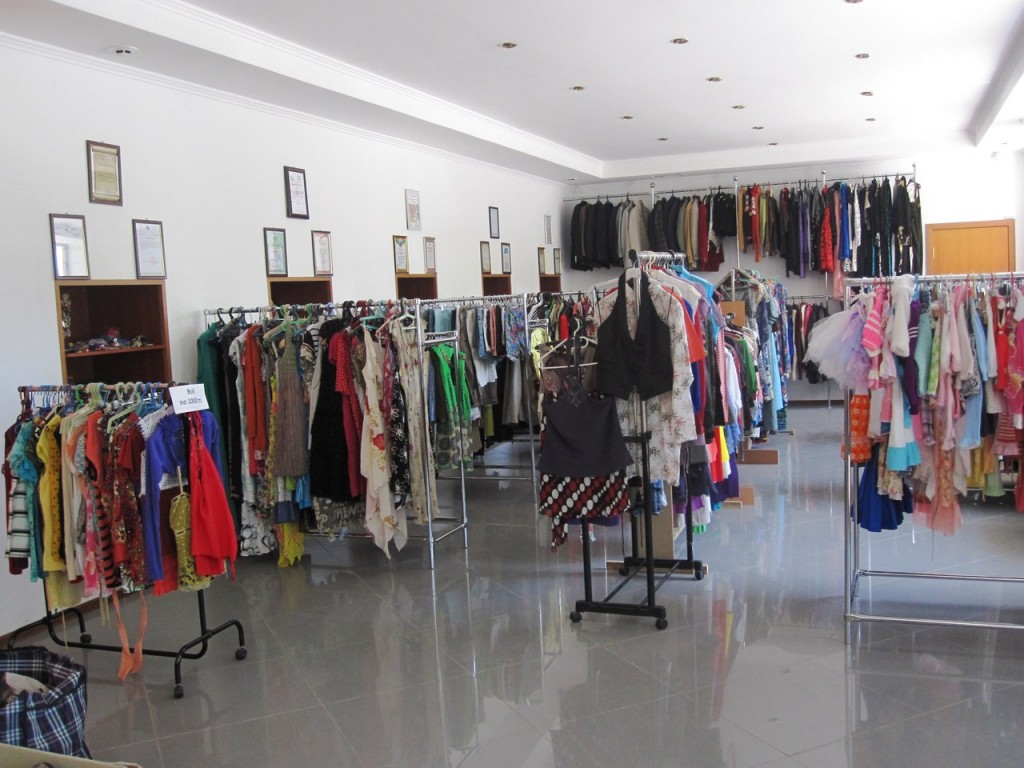 Each month Radost posts a mini financial report on its social network pages. In the last months the shop failed to generate a net profit, since it had to move to a bigger premise and the rent and utilities are more expensive. When the heating season is over, Radost is likely to become profitable again, she said.

The project inspired many social entrepreneurs not only in Kazakhstan, but also in Russia. Argimbayeva has assisted several of them by sharing her experience in the business.

“The social shop allows me and my team to be engaged in charity every day without being distracted by earning money for a living. Profit is not its main goal. Most importantly, it is about saving the ecology by providing secondary consumption and about help to poor families. The charity shop provides constant opportunity for different companies and sponsors to provide help. We can advise them where to give funds. We work as intermediaries,” she said.

Argimbayeva plans to open one or two branches in the remote area of Karaganda.

“I think it is a good idea to put the net profits of those branches to the needs of those areas. Maybe development of the local sport. As for big plans, I intend to make Radost a network of successful charity shops with profits so we can withstand any period. My ambitious plan is to make Radost financially successful and make it an example of the fact that a charity shop can effectively work in a province and be successful both socially and financially,” she added.