ASTANA – Kazakhstan held the largest military parade in the nation’s history in Astana’s Independence Square May 7 to celebrate the 25th anniversary of the establishment of the country’s Armed Forces. The celebration was part of Defender of the Fatherland Day in the lead up to the May 9 Victory Day. 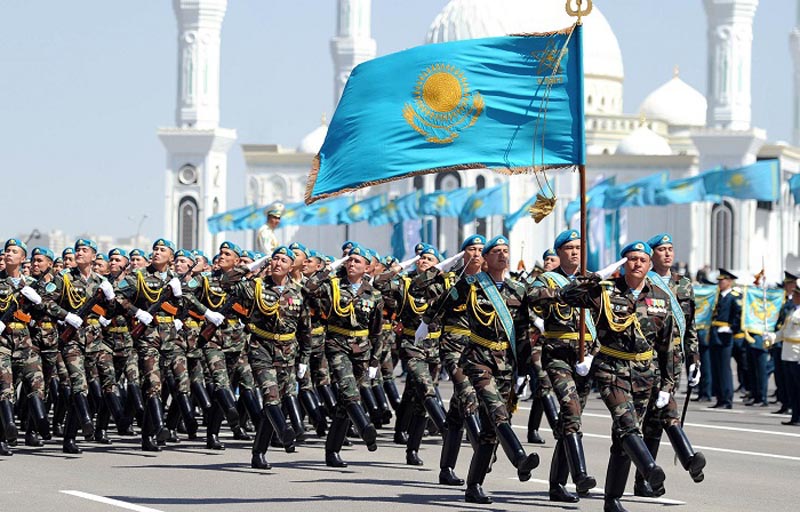 “Dear participants of the parade, I congratulate all who serve on the 25th anniversary of the Armed Forces of our country… We have no enemies in any part of the world. We are building friendly and trust-based relations along the entire perimeter with our neighbours. We are friends with them, we remember the wise covenant that a peace agreement is more valuable than hundred victories,” Kazakhstan President Nursultan Nazarbayev said at the opening ceremony of the military parade.

The parade featured a record number of participants, including more than 5,000 servicemen, about 300 units of military machinery and 70 military jets, airplanes and helicopters. Modern military hardware and air power, along with helicopters manufactured in Kazakhstan were displayed.

President Nazarbayev noted that the Kazakh Armed Forces, along with the entire country, are modernising. 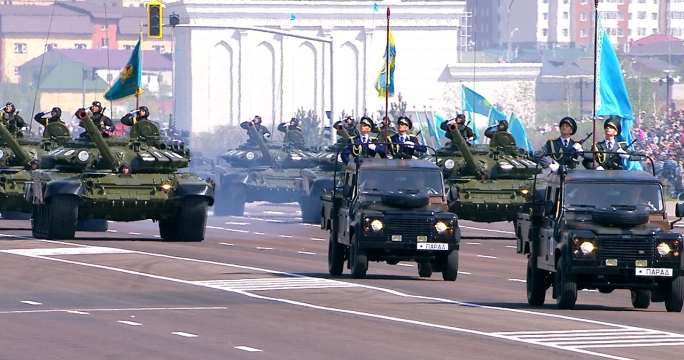 Kazakh military jets flew over Astana displaying the anniversary number 25 and other symbols.

The Kazakh President also noted the upcoming Victory Day, saying, “Dear compatriots, the date of the birth of the troops coincides with the Day of Defender of the Fatherland and gives start to the celebration of the Great Victory Day. We are immensely grateful to all the heroes of that terrible war that overcame fascism at the cost of their efforts. Your feat will always live in the hearts of descendants.”

He also mentioned modern-day threats, saying the country must continue its tradition of facing all challenges. 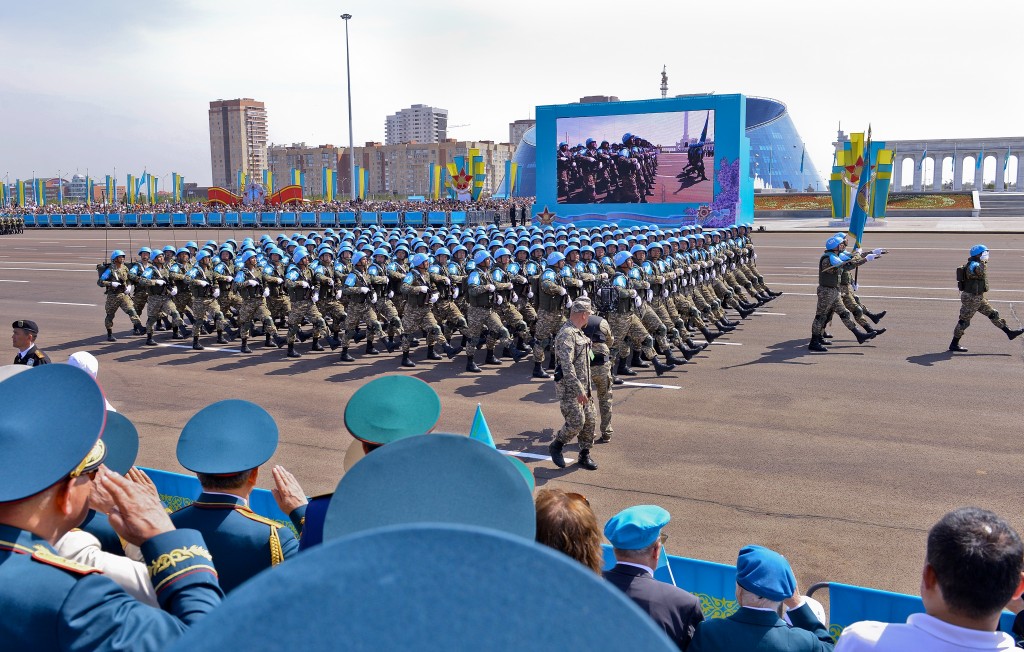 “The fundamentally new direction of the whole block is the fight against terrorism. Kazakhstan should keep up with the times and fight back any threat,” the President said.

On May 9, celebrated in Kazakhstan and other former constituent republics of the Soviet Union as Victory Day, the Kazakh President laid flowers at the Otan Qorgaushylar (Defenders of the Fatherland) monument in Astana.

“War veterans laid the path to our happiness, independence and today’s clear blue skies. Today, laying the flowers to the Otan Qorgaushylar monument we are expressing our feelings of great admiration for the heroism and hard labour of our people on the battlefields and on the home front,” Nazarbayev said addressing the large audience of people gathered on the occasion.

Noting that World War II was the bloodiest in the history of mankind, the Kazakh President also spoke of the contribution of the Kazakhs to defeating the Nazism: “Out of the six million people living in the republic at that time, 20 percent went to frontlines. Half of them never came back.”