By Kamila Zhumabayeva in Tourism on 24 May 2017

ASTANA – Mangystau archaeologist and historian Andrei Astafiyev has made a gallery of geoglyphs reflecting nomadic arts, the first in the region’s Airakty-Shomanai mountain valley and in Kazakhstan. 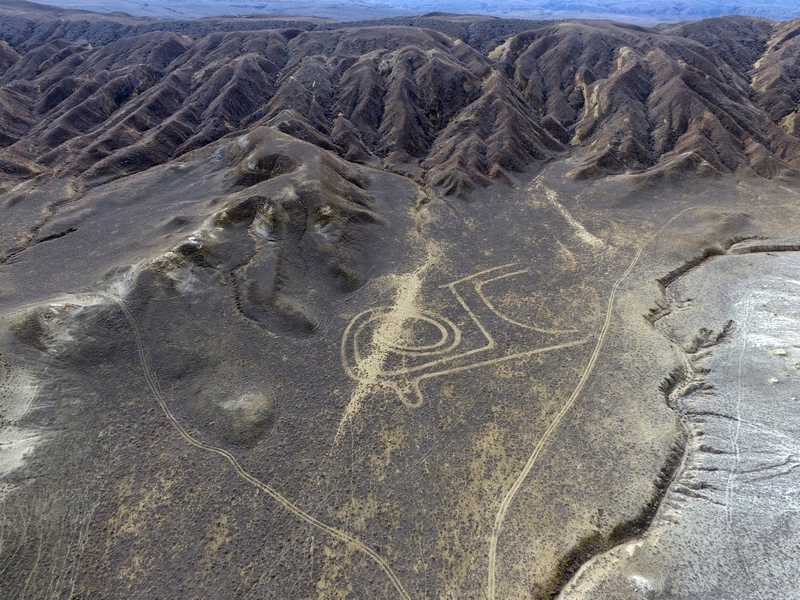 “I always consider natural sights from a perspective of a tourist attraction. The Airakty table (a flat-topped) mountain is a unique phenomenon for Mangystau,” he said in an interview with The Astana Times.

One can climb Airakty Mountain; it has a good panoramic view, but there is not much to see. As a result, Astafiyev devised the idea of creating geoglyphs two years ago when a question arose about ways to attract more visitors the Adai Ata historic and cultural centre and the peak of the Otpan Tau Mountain.

“Why doesn’t our desert have geoglyphs? Why not make them in the Airakty-Shomanai valley? It has a spacy and a free area and a natural observation deck. I decided on the drawings very long ago and was always attracted to the genius simplicity and ease of plot lines of the petroglyphs of local nomads,” he said. 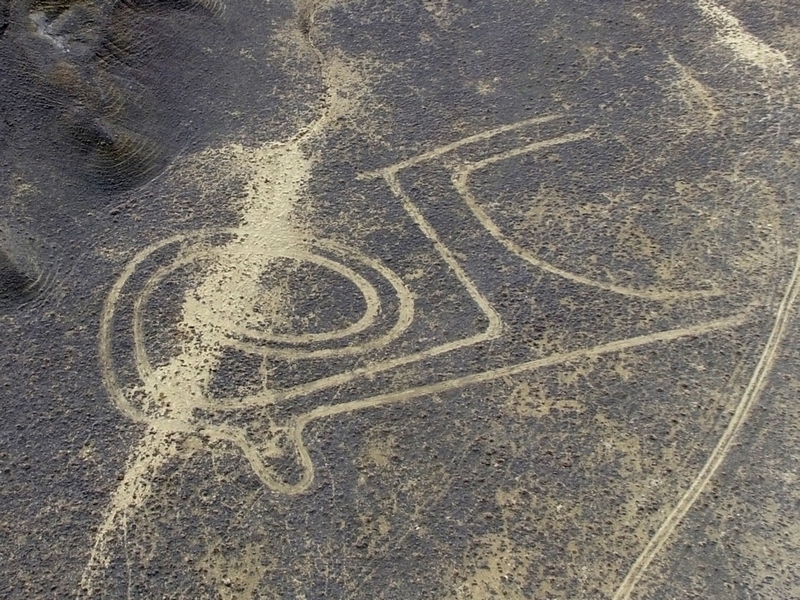 The drawing of a Sacred Argali. Photo credit-lada.kz.

The selection of drawings was not random, as it went “through the prism of my conscious and subconscious vision of the world,” he added. Astafiyev put together several past nomadic symbols of universal semantics in one plot line.

The 150×110-metre drawing of a sacred argali (mountain sheep) is based on another drawing on the wall of the Beltoran necropolis, a 17th century mausoleum.

“Kazakhs and Turkmen consider this animal as sacred. Bringing argali’s horns to a grave of a holy [person] was considered a charitable deed. Specifically, the horns of this animal are an essential element of Asian ornament. Drawings of an argali are one of the favourite subjects of Mangystau’s petroglyph arts,” he said.

Astafiyev also included drawings of the mythical creature centaur of the steppes based on an illustration on the wall of the Kenty Baba necropolis. The 330×280-metre drawing served as the prototype for the Mangystau region logo. 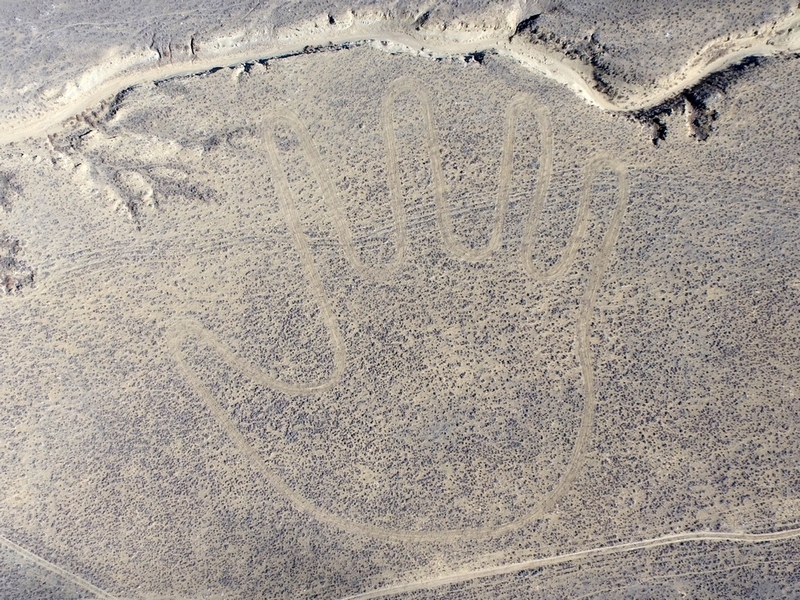 A 270X350-metre sunshiny camel, the main symbol of Mangystau nomads, is based on a rock carving in Airakty Shomanai valley and on the wall of the Kalipan necropolis. The area also includes a drawing of a shanyrak (a symbol of home).

Based on a sketch of a portal arch at Shakpak Ata rock mosque, the 150X160-metre ancestor’s palm is the fourth geoglyph in the gallery. The cosmogonic (foundational) deity, measuring 415×170 metres, is the last geoglyph on the list. It is based on a drawing in the 19th century Karashashty Aulie necropolis.

“Everyone has his or her own world and universe and has a right to unveil the hidden context of geoglyphs or not do that,” said Astafiyev.

The drawings are symbols of Mangystau, Kazakhstan and the great steppe. There are not many geoglyphs in the world and those that exist have become tourist attractions. 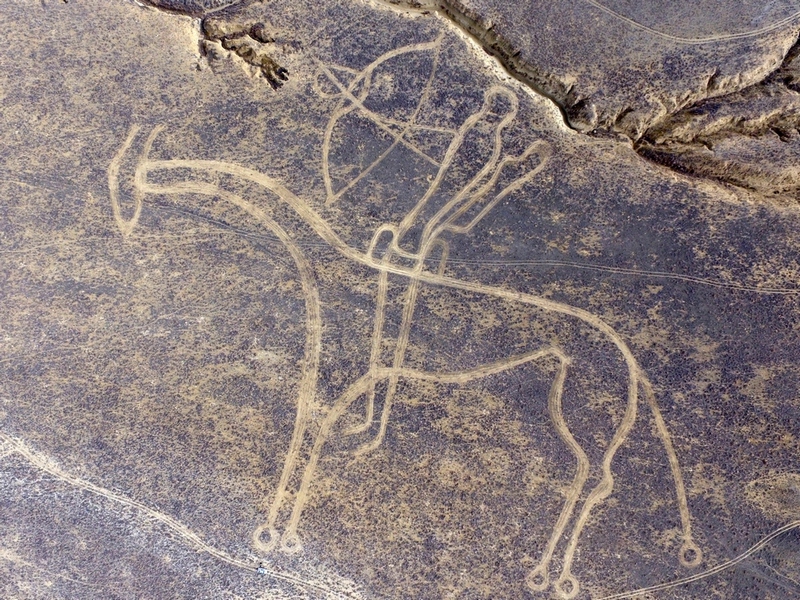 Centaur of the steppes.

“They are memorial signs facing the future. Generations change, signs remain… In Kazakhstan, only the Turgai swastika is known from real historic geoglyphs. Airakty geoglyphs are a product of the modern age, but with the propaganda of historic-cultural heritage of our region and country,” noted Astafiyev.

To create the gallery of geoglyphs, the archaeologist applied a navigation system, special orientation, quad copter for adjustment, car, some appliances for churning vegetation and a plain shovel. The drawing process took nearly five months, while the process of creating a stable line required a minimum of six folds of a brush passing the same spot.

“We tried teamwork when making the first drawings. My son, Artyom, was one of my main assistants. But further experience has shown one person has access to the creative process as well. The total length of the car run on one of the big drawings amounted to 30 kilometres,” said Astafiyev.