ASTANA – Rally Kazakhstan 2017, which was also the fifth stage of the Cross-Country World Cup organised by the International Automobile Federation (FIA), was held in Aktau May 20-26 with the support of the Kazakhstan Federation of Automobile Sports. 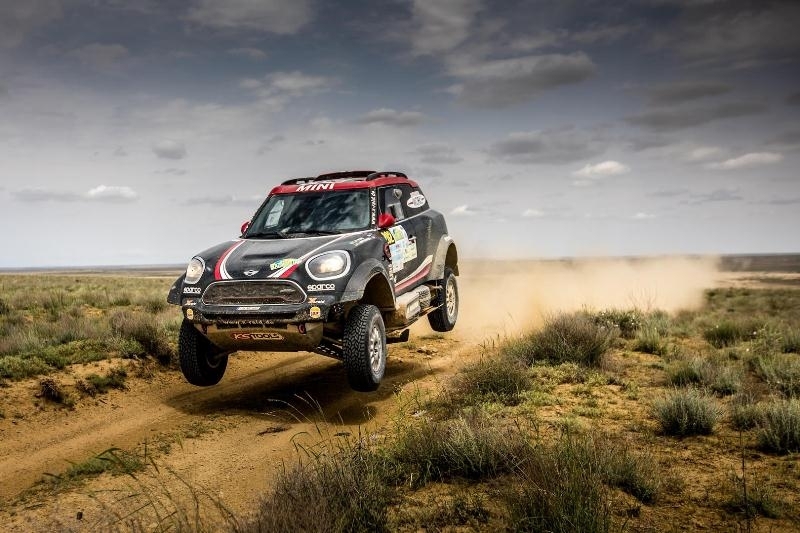 The FIA Cross-Country World Cup is a multi-stage racing series held annually in different countries including the United Arab Emirates (UAE), Qatar and Morocco. This was the first time Kazakhstan gained the right to hold one of the stages of the prestigious series.

The official launch was from Aktau’s Waterfront Square in Micro-District 15. The rally consisted of six stages and racers needed to travel more than 2,500 km. Mangystau region in West Kazakhstan was chosen for the rally as its demanding terrain offers a unique sense of thrill.

“Today, we finished the last stage of the rally. Everything went very well. That was a drive with excellent and challenging sections, so it was a pleasure to race it and win,” said Al-Attiyah.

Astana Motorsports crew captain Artur Ardavichus, who has passed several of the world’s most taxing rally-marathons in his career, drove a MAN truck in Rally Kazakhstan.

“Our racers did very well, all in accordance with the standard and regulations. It was definitely a very well organised race in terms of complexity of the tracks, navigation and load on the car. What was particularly great is that we did not have to run around camps. The organisers took this into account and placed the camp in one place, which was pretty good I must say. So, we did not have to deal with logistics and could focus more on the race itself. I hope next year I will race in my native land again,” said Ardavichus.

“The specific side of this race was that its distance was 2,500 km, so the participants could gain a good score here and improve their positions in the World Cup standings. Kazakhstan was represented by 13 crews, all of which did quite well. International experts commended the level of organisation of the race. The route was not easy and there were windy and rocky sections. I think it was an impressive event for many fans as well, as they could see the world’s best motor sport crews live,” said Kazakh coach Nurpeis Konysbayev.

The event provided the opportunity for some of the world’s best riders to learn first-hand about the natural, cultural and historical treasures of West Kazakhstan and get acquainted with its unique beauty. Mangystau region, the home of ancient civilisations, is known as sort of a museum under the open sky and the region of unique religious sites and places of spiritual importance. It is an archaeological reserve where more than 11,000 historical monuments are under state protection. There are thousands of wall paintings, unique constructions and the Beket-Ata, Masat-Ata, Shakpak-Ata and Shopan-Ata mosques. Pilgrims not only from Kazakhstan, but also from neighbouring countries, regularly visit the sites.

The rally route ran through the Karagiye Depression, where the caravan routes of the Great Silk Road used to pass. A giant bowl with uneven slopes, Karagiye serves as the habitat for many representatives of rare fauna. The Karagiye Depression is the fourth largest in the world after Ghor in the Turfan Basin, Afar and Kattara.

Cross-country racing fans are preparing for another big rally to cross Kazakhstan, as the organisers recently announced the route and dates for the Silk Way Rally 2017. The race will kick off July 7 in Moscow’s famous Red Square and finish in Xian, the starting point of the historic Silk Road, on July 22. One of the rally’s central stages will see its finish in Astana on July 11 as one of the capital’s highlights during EXPO 2017. The rally’s announced total length is 9,608 km, with special stages covering 4,089 km, or 42.6 percent of the entire route.