ASTANA – Bipek Avto-Azia Avto, Kazakhstan’s largest automobile holding, celebrated its 25th anniversary in April. During the quarter century, the company went from a modest AvtoVAZ dealer to the auto-retail leader and has even launched the new direction of country’s machine-building industry. 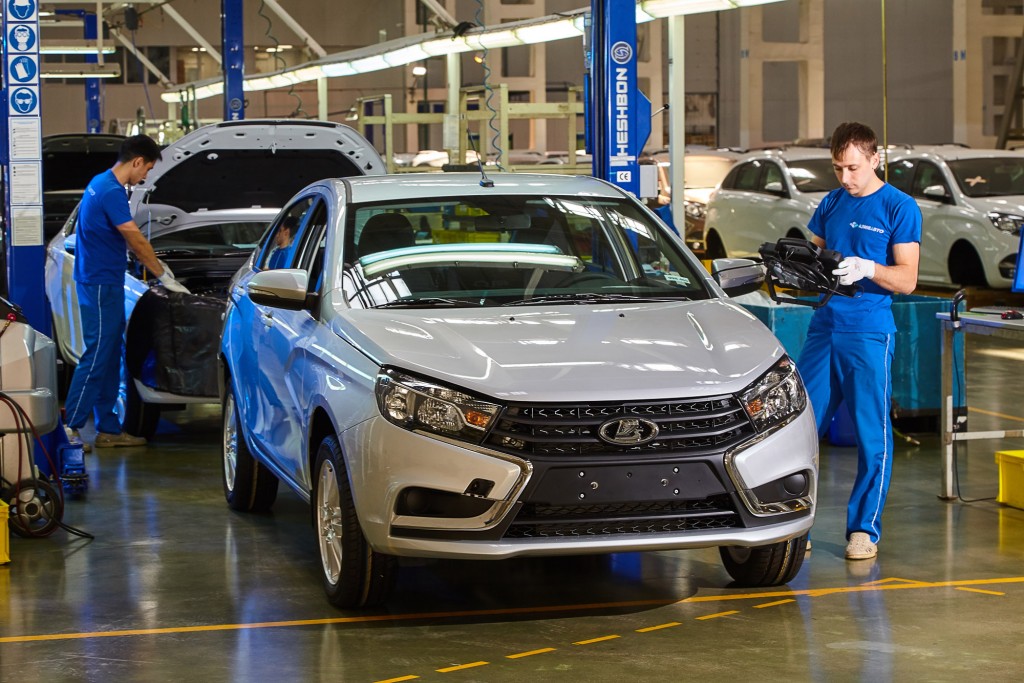 In 25 years, the holding invested $353 million in the industry’s development. The Ust-Kamenogorsk plant assembles three-quarters of the nation’s car industry production and 930,000 Kazakh residents are Azia Avto customers. In the same period, its dealer branches have sold in excess of 475,000 new cars, more than 120,000 of which came from the Azia Avto assembly line. The holding successfully entered the Russian market, proceeding to export to China and the countries of Central Asia, according to the holding’s press service.

About 800 cars will cross the border into China during the second quarter and the company expects to export 3,500 cars this year, according to Azia Avto President Yerik Sagymbayev.

“The importance of developing foreign markets was emphasised by President Nazarbayev in his [state-of-the-nation] address. The government is tasked with doubling non-oil exports by 2025. I am confident that our work will make a significant contribution to the achievement of this goal,” he said. 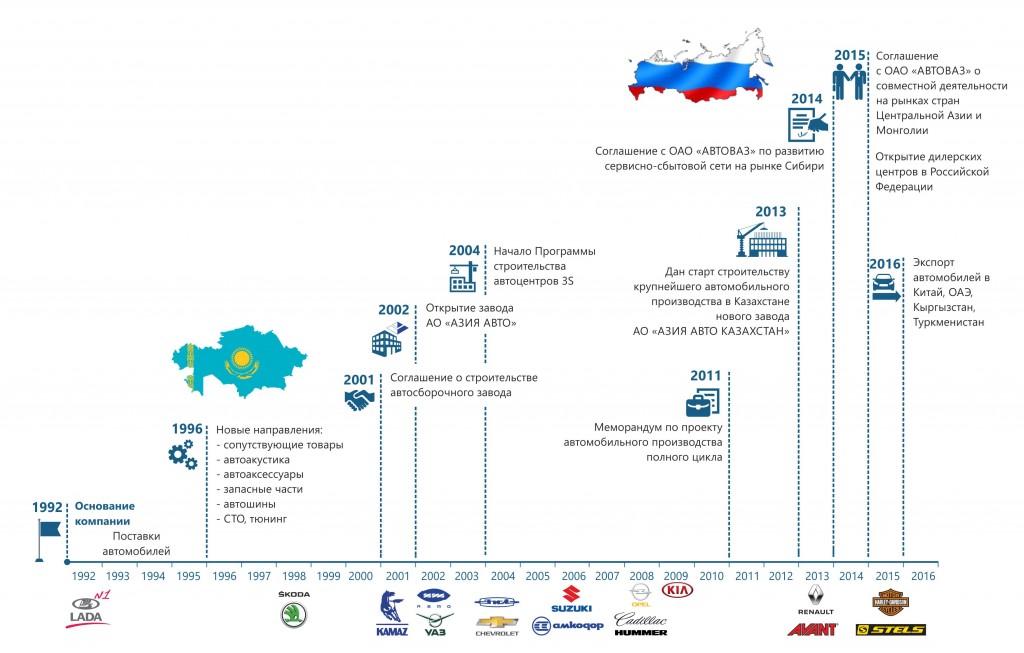 Pilot lots of LADA cars were also shipped to Turkmenistan and Kyrgyzstan in 2016 and earlier this year, the holding launched its export to the United Arab Emirates and China. The undertaking is the first successful venture into the Chinese market by the Kazakh automobile industry.

Bipek Avto-Azia Avto is the first and to date the only industry representative which has entered the Eurasian Economic Union market. Branches for LADA sale and maintenance are open in 13 regions of the Siberian and Ural Federal Districts of the Russian Federation.

The company began in 1992 by supplying LADA cars to Kazakhstan. Gradually, it expanded its geography and developed branches, with the network currently covering 19 Kazakh cities. The holding’s partners are the leaders of the global automotive industry, such as Renault-Nissan-AvtoVAZ, Volkswagen AG, General Motors and KIA Motors.

In the late 1990s, Azia Avto shareholders created their own car production, an enterprise quickly completed. The Ust-Kamenogorsk assembly line began operation in 2002 and the first model, the LADA 4×4 off-roader, became the most in-demand four-wheel drive model in the nation. Its appearance on the market proved that the country had the necessary potential to develop the car industry. 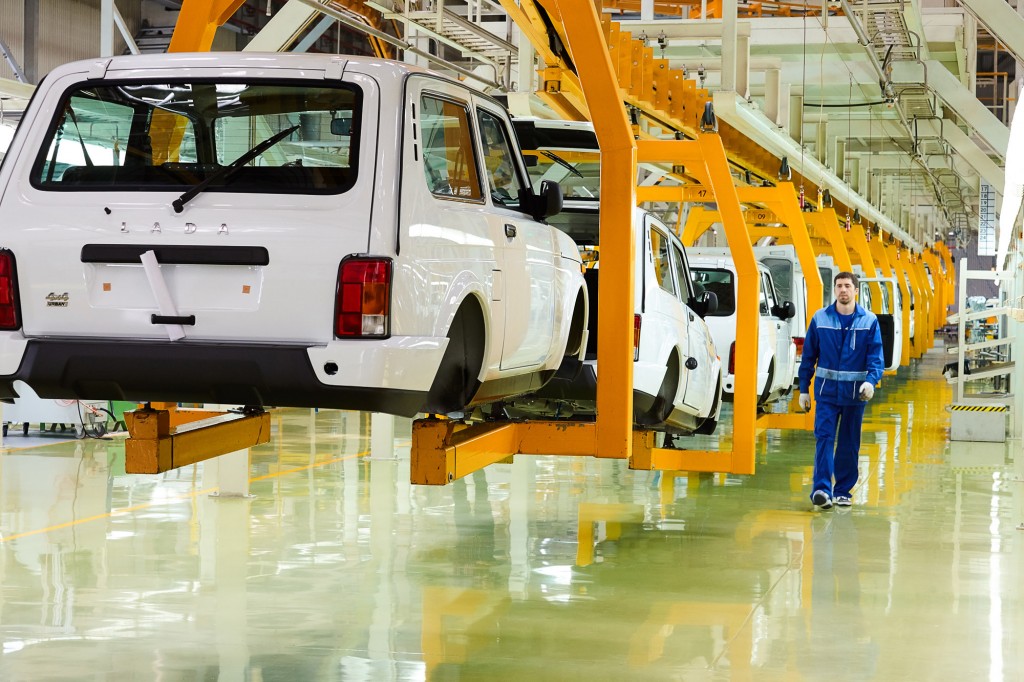 The Ust-Kamenogorsk plant manufactures more than three dozen models of four brands – Skoda, Chevrolet, LADA and KIA. In late 2016, the facility started production of six new LADA models and early this year, an updated version of the popular KIA Cerato sedan and KIA Sportage crossover came off the assembly line. By the end of the year, there are plans to launch six new and renewed car models, according to the company.

Azia Avto follows global innovative trends and has become the first and only company in Kazakhstan to launch the Connected Car Project. Owners of Ust-Kamenogorsk plant cars will soon be able to remotely control their personal vehicles using a smartphone, according to the press release. The telematics system, which will be installed in domestic cars, will allow drivers to remotely monitor the vehicle’s technical condition, start or stop the engine, open the trunk, see the status of the car doors, its inside and outside temperature, signal, monitor speed and perform many other commands.

An area of 523 hectares, equivalent to the size of 745 football fields, has been allocated for the construction of future facilities on the territory of Ust-Kamenogorsk. The site will house a production complex with a total area of 262,000 square metres, where the holding plans to create a complex of enterprises on welding, painting and car assembly, as well as produce auto components with the capacity of 120,000 units per year.

With access to the projected capacity, the new facility will create 12,000 new jobs and increase the country’s GDP by more than $1 billion, said Azia Avto Kazakhstan general director Yerzhan Mandiyev. More than half of the output will be exported to Central Asian countries, Mongolia and the countries of the Caucasus. Azia Avto has invested more than $60 million of its own funds to build the largest export-oriented production in the non-extractive sector.

“Today, the construction of the engineering infrastructure is being completed at the site of Azia Avto Kazakhstan. Construction of the power, water, and heat supply, sewerage and roadway is 80 percent complete. The railway project passes state expertise. In addition, work is underway to build the foundations of production workshops. In 25 years, we have come a long way from idea to embodiment. We have new goals ahead, a new level of our development. The appearance of an automobile plant in the East Kazakhstan region will give impetus to infrastructure and housing construction – it will become the largest point of immigration activity and social development within the city of Ust-Kamenogorsk for the entire post-Soviet period,” he said.