Kazakhstan set to agree to limit oil production, but on new conditions

ASTANA – OPEC and non-OPEC producers, including Kazakhstan, will meet in Vienna May 25 to renew the deal limiting oil production for an additional six months. Kazakhstan will sign the agreement if the restrictions do not apply to Kashagan field, according to Minister of Energy Kanat Bozumbayev. 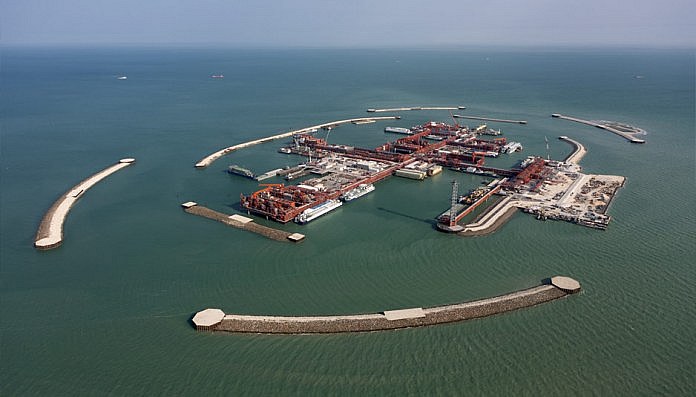 “We will negotiate with the OPEC and non-OPEC countries on the role that Kazakhstan will play by joining this agreement on May 24-25. On the same conditions, most likely, it will not work. We will discuss what measures we will join,” he said prior to the talks.

“We want to be in a trend together with all oil-producing countries. But Kazakhstan has the unique Kashagan field, which is developing its main production this year,” he added.

Bozumbayev highlighted that Kazakhstan’s clear position will be announced at the meeting, where the delegation will protect the nation’s interests.

The minister made it clear Kashagan would be excluded from the oil-limiting list. After 10 years of delays, the offshore field in the Caspian Sea started production last summer.

This year, Kashagan plans to produce about five million tonnes of oil and 3.1 billion cubic metres of gas. In 2017, 2.2 million tonnes have been already been produced in the first four months, said Bozumbayev.

Bozumbayev emphasised the importance of oil price not falling below $50 per barrel, as the budget is based on that price. Therefore, Kazakhstan will negotiate on the possibility of extending the agreement limiting production.

A few days before the OPEC meeting, oil prices showed significant growth. For the first time since April 18, the mark of $54 per barrel was broken May 22.

Forex Club analyst Valery Polkhovsky considers oil prices will be fixed at about $55 per barrel and can then move to $60 before the meeting in Vienna.

“However, for most OPEC countries it is not enough to balance their budgets; the comfortable range is $60-$70 per barrel,” he reported in his research.

“The impact of Kazakhstan on price is not critical for two reasons. Foremost, 95 percent of a party to the agreement follow negotiations, as well as Kazakhstan is not a net-provider in the oil market. Large countries such as Russia and the Saudi Arabia, which produce more than 11 million barrels per day, are important,” said Bozumbayev.