Kazakhstan and Portugal: prospects for the development of bilateral relations

More than 7,000 km of road separate Astana from Lisbon, one capital situated in the heart of the Eurasian landmass, the other at its westernmost tip, facing the Atlantic Ocean. As it would be expected in such circumstances, relations between the two countries, throughout history, have been very limited. Even when the two nations played key roles in earlier stages of the phenomenon we today call globalisation – Kazakhs connecting East and West through the Silk Road; Portuguese doing the same through their maritime voyages – there were no truly direct interactions between them. 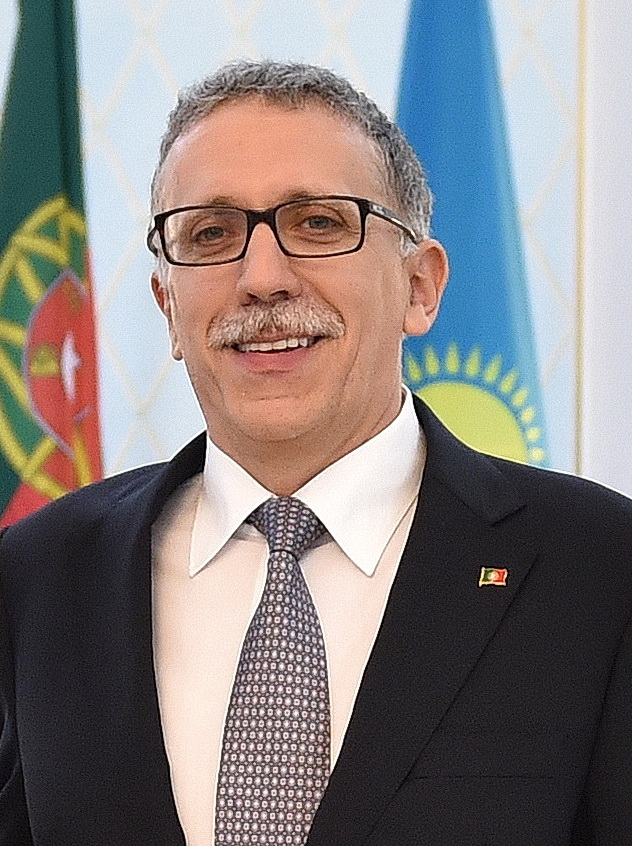 Today, however, circumstances are different, and there are encouraging signs of growing bilateral cooperation. These, of course, have a lot to do with Kazakhstan’s success in fostering development since the country’s independence and its growing affirmation in the international scene. In recent years, our two countries have found that they can work effectively together within international multilateral organizations like the UN and OSCE, promoting shared goals and principles, in a wide range of areas from nuclear non-proliferation to the primacy of international law. Finding ways of working together while remaining faithful to their specific international engagements means that both countries can contribute positively to foster understanding, decrease tensions and address pressing problems that require global solutions.

Portugal is a proud member state of the EU (since 1986) and of the Eurozone and the Schengen area (since their establishment). We believe deeply in the virtues of stronger cooperation between the EU and Kazakhstan and are committed to the ongoing efforts to ensure adequate implementation of the Enhanced Cooperation and Partnership Agreement. In our view, increased EU-Kazakhstan relations represent a major contribution for Kazakhstan’s success in its well-conceived multi-vector foreign policy.

The two countries have set up diplomatic representations in both capitals and a number of bilateral agreements are being negotiated. These should contribute to creating a framework for increased and mutually beneficial institutional cooperation between state entities. They should also have positive repercussions in facilitating increased economic ties, a development that both sides wish to see happening.

Current levels of bilateral trade and investment are not very high but they do exist: it is possible today in the main supermarkets and shopping malls in Kazakhstan to find Portuguese wine, clothing, shoes, ceramics and other products; Portugal is an importer of Kazakh oil and other commodities; and a number of Portuguese companies have successfully established themselves in Kazakhstan in sectors such as architectural projects, IT, construction, office furniture, etc. The potential is there for more to be done in both directions.

Just in order to leave some concrete examples let me underline that Portugal is a leading nation in the development of renewable energy with more than 60 percent of our needs consistently being met from renewable sources, including hydro, wind and solar power and with equally impressive results in areas like water and waste management as well as sustainable construction to name just a few. There’s ample knowledge in Portuguese companies, state institutions and academia than can be useful to Kazakhstan in its efforts to meet greenhouse emissions goals and develop the “green economy” sector.

Lisbon had the honour of hosting EXPO 1998 and we remember fondly that Kazakhstan was, on that occasion, present for the first time as an independent nation in an event of this kind. Although it was not possible for Portugal to have a national pavilion in EXPO 2017 – Future Energy, we fully support this initiative and will be actively involved in it in different ways, including through the participation of leading Portuguese experts in conferences and seminars on subjects related to engineering and sustainable energy. Portuguese companies are building a total of four pavilions at Astana’s EXPO.

Portugal’s tourism sector is booming, creating many opportunities for foreign investors in areas like real estate, hotels, tourism-related services, etc. Portugal is a country of early adopters of new technologies and is fast becoming noted for its innovative start-up companies. On November 6-9, 2017, Lisbon will host the Web Summit (www.websummit2017.org) the largest event of its kind, attended by participants from all over the world, including Kazakhstan. Portugal is open to international business and we actively welcome Kazakh investment in these and other domains.

In 1498, Vasco da Gama first reached India by sea, setting in motion a process that saw trade between Europe and Asia shift largely away from the Silk Road to the newly established maritime route. Today, Kazakhstan and Portugal are not competitors but rather complement each other as major hubs, Kazakhstan connecting all parts of Eurasia through the most direct routes and Portugal playing an important role in linking it to Africa and the Americas.

Learning Portuguese – a language spoken by more than 250 million people worldwide – can open up opportunities to work and do business not only in Portugal, but in countries like Brazil, the largest market in Latin America and a growing global player, and emerging countries in Africa, like Angola and Mozambique.

On May 5, the “Day of the Portuguese Language” was for the first time celebrated in Astana with a literary and musical soirée attended by more than 50 Portuguese speakers from different nationalities, including many Kazakhs. In Astana, it is possible to attend Portuguese classes at the Centre for Latin Languages ”Salud”, 61/1 Kenessary Avenue, +7 7015210358, [email protected]

A picture of bilateral relations would be incomplete without a mention of the expat communities. There are less than 20 Portuguese citizens in Kazakhstan, myself included, but we all feel welcome in this country and the experience of living and working in the heart of Central Asia is a source of considerable personal and professional fulfilment for all of us. In Portugal, on the other hand, the Kazakh community is somewhat larger –  almost 3,000 people – present in many different walks of life and actively contributing to my country’s future.

Those wishing to know more about Portugal can start by consulting the following websites (available in several languages, including Russian):

The author is Charge d’affaires of Portugal in Kazakhstan. Portugal marks its national day on June 10.