By Aigerim Seisembayeva in Central Asia, International on 2 May 2017

ASTANA – Relations between Kazakhstan and Uzbekistan received another boost when the two countries’ leaders met April 29 in Saryagash, a small Kazakh town famous for its healing mineral waters located a mere 23 kilometres away from the Uzbek capital. 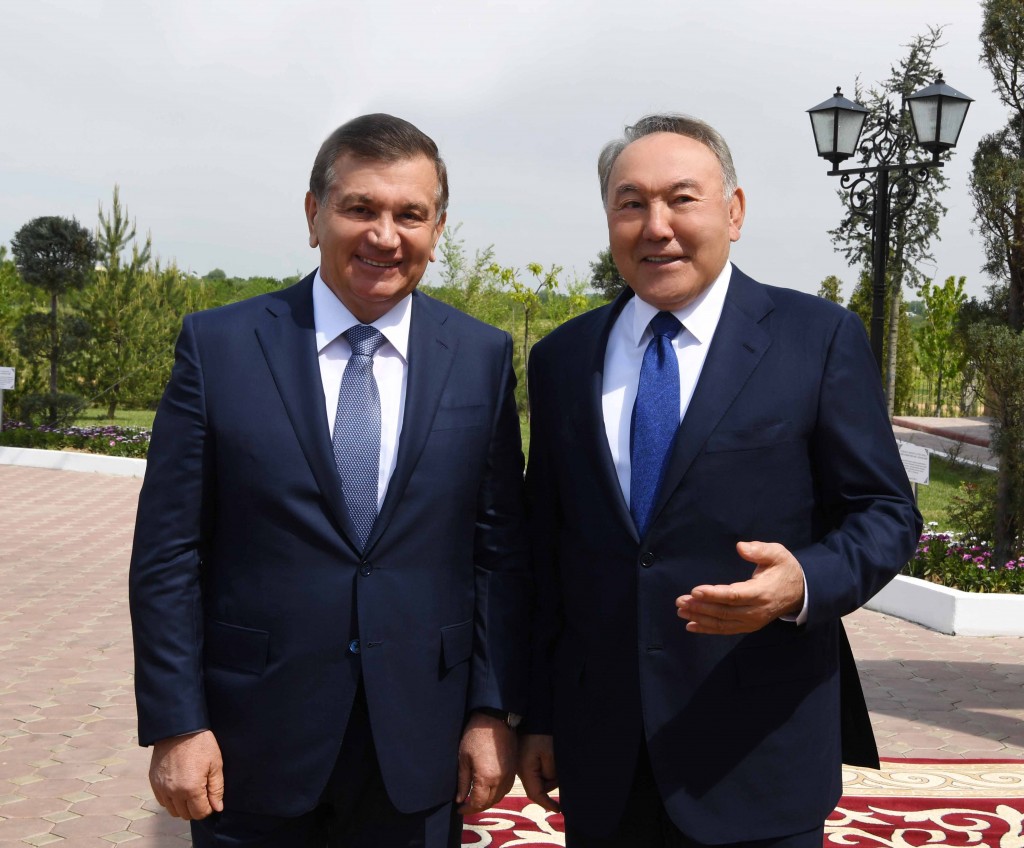 The meeting between Kazakh President Nursultan Nazarbayev and his Uzbek counterpart, Shavkat Mirziyoyev, took place slightly more than a month since the latter’s state visit to Astana during the Nauryz celebrations in March, which resulted in around 80 commercial contracts worth one billion dollars. They earlier met in Samarkand in September 2016 when Nazarbayev visited Kazakhstan’s southern neighbour to pay respects to the deceased former President, Islam Karimov.

“The first quarter of this year saw an increase in business activity in various sectors of the economy. It primarily concerns transport and logistics, the auto industry and regional cooperation. Trade turnover over the first three months of 2017 increased by 37 percent,” Nazarbayev told Mirziyoyev during their meeting in south Kazakhstan, according to the Akorda press service.

“Since my visit in March this year, we adopted the roadmap for all areas of joint activities. Meetings at the level of ministers and regional leaders have become more frequent,” Mirziyoyev said.

Mirziyoyev thanked Nazarbayev for assisting with oil transportation from Russia and both presidents said they look forward to further cooperation in all areas.

The two presidents also visited Caspian Food LLP where they got acquainted with the activities of the enterprise in the field of viticulture and winemaking.

A renowned regional expert and chairperson of the Board of the Kazakhstan national television and radio company Erlan Karin noted on his Facebook page importance of increasingly frequent personal contacts between the two leaders.

“For experts, such a frequency is a positive sign of the intensification of regional cooperation. Indeed, it is encouraging that regional leaders demonstrate serious intentions in building up bilateral contacts,” he said.