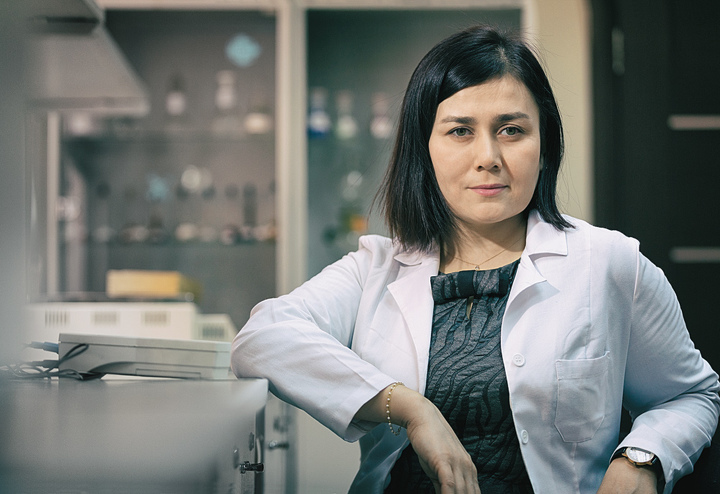 “Today, we have a task to find a new efficient catalyst for petrochemical and organic synthesis processes in Kazakhstan that meet the requirements of green chemistry. I clearly understood the task of obtaining this type of catalyst. Despite the difficulties, it was possible to synthesise the catalysts, as well as to check their catalytic activity in hydrogenation processes. Highly qualified teachers and administrative staff of KBTU helped me in this issue. Professor of Research and Education Centre of KBTU Aleksei Zazybin and foreign scientific director Hamdi Temel (of Dicle University, Turkey) and his research team took part in the research,” Rafikova said.

The creation of rhodium-iridium catalysts based on phosphorus-containing ionic liquids is an absolutely new direction in the science of Kazakhstan, she said.

The development and catalytic tests took two years. Based on the results of this study, three innovative patents were obtained and four articles in high-ranking international magazines were published. Also on this topic, Rafikova won a grant for a trip to one of the leading U.S. universities, the University of Alabama, from the CRDF Global non-profit organisation, which promotes the development of international scientific and technical cooperation. The grants were awarded to 10 most promising scientists in Kazakhstan.

The team of researchers hasn’t presented the results of the research to oil companies and it is too early to implement them into oil production.

“The process of hydrogenation is one of the most important in petrochemicals. I think such companies as TengizChevrOil, Karachaganak Petroleum Operating BV may be interested in our catalysts,” she said.

The scientist plans to continue with the research.

“I would like to bring the results of Kazakhstan’s petrochemical research to the international level,” Rafikova said.