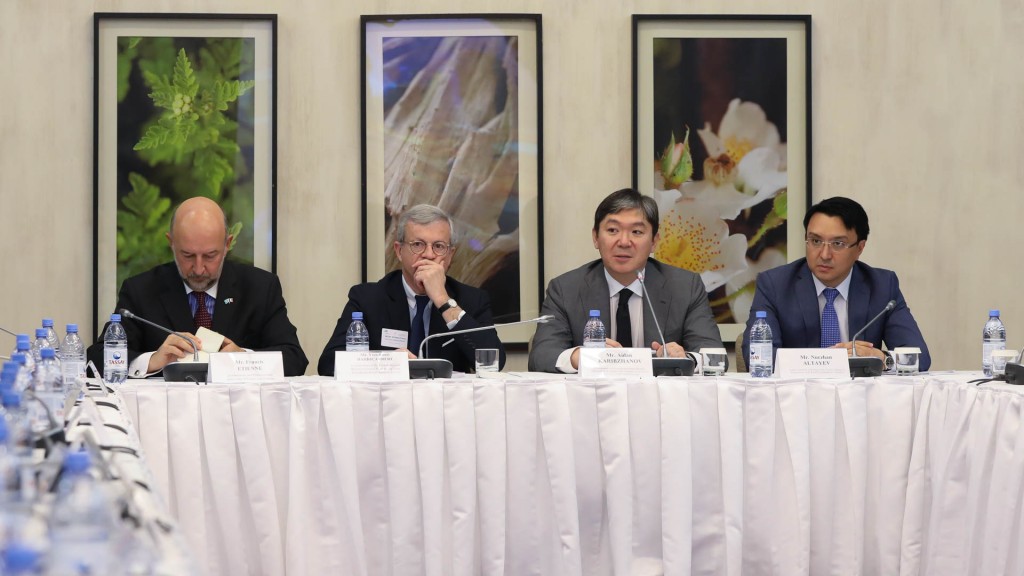 A large business delegation, including representatives of leading French companies and economic organisations, participated in the event, according to the Atameken press service. Some participating companies are already involved in joint investment projects.

“France’s investments in Kazakhstan amounted to about $11.4 billion from 2005 to 2015. There are 128 enterprises with French participation in Kazakhstan, including Total, Areva, Air Liquide, Danone, Vicat Group, PSA Group, Alstom and other companies. Oil and gas projects are traditionally of great interest for French companies, but the prospects for our economic relations can become more diverse. There is great potential that has not been met. Investment in industry, especially in the agro-industrial complex … is important too. Kazakhstan is now actively promoting its industrial production development programme, attracting strategic investors who can become drivers of development for entire industries. Therefore, there is interest in French companies and technologies,” said Altayev. 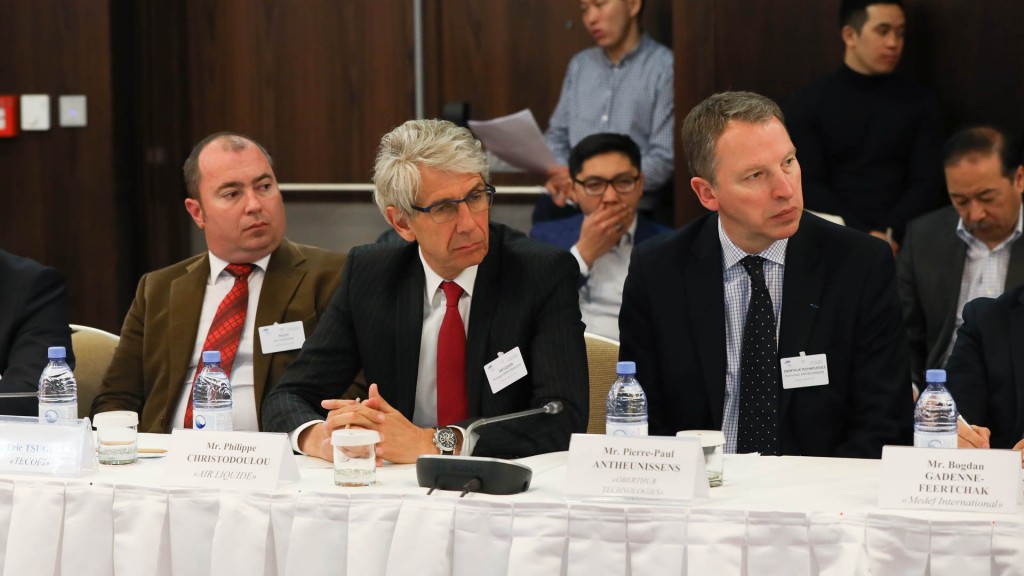 VISOR Capital Chairman Aidan Karibzhanov pointed out that the council, now in its 10th year, has grown to provide a platform for business circles to discuss any problems in the economic cooperation of the two countries, find solutions and consider future developments.

Participants agreed that the KFBC has become an important platform for the development of dialogue and further economic partnerships between the countries.

“French companies are interested in collaborating with your country … Kazakhstan has experienced difficult times of economic conjuncture, and as chairman of Total Company I can say that oil prices have declined. But the interest of French companies is supported and even increases,” said Chairman of Total’s Corporate Foundation Yves-Louis Darricarrère.

Participants also discussed human resources challenges, localisation of production and the upcoming EXPO 2017 exhibition, as well as doing business with the Customs Union and the World Trade Organisation (WTO). France was one of the first countries to announce its participation in the Astana EXPO.

France is ranked fifth in the list of Kazakhstan’s trade partners after Russia, China, the Netherlands and Italy, and third in terms of direct investment in Kazakhstan in recent years.

The visa-free regime for French citizens, along with citizens of all OECD and EU member states, for trips of up to 30 days in Kazakhstan has been introduced since the beginning of this year.