Kazakh FM discusses cooperation with US, British and UN officials in New York

By Malika Orazgaliyeva in International on 3 May 2017

ASTANA – The UN Security Council under the American chairmanship held ministerial level thematic debates on the theme of non-proliferation/DPRK in New Your April 28. The Kazakh delegation was headed by Foreign Minister Kairat Abdrakhmanov, who also held a number of bilateral talks with his foreign counterparts. 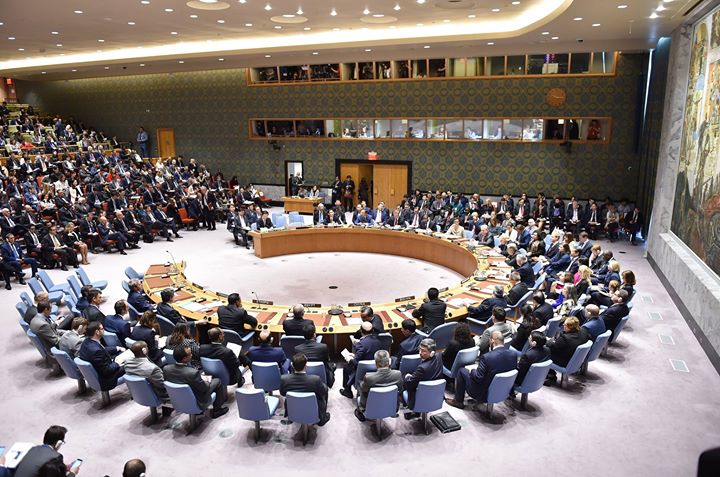 The debate participants expressed a serious concern over the risk of military escalation in Northeast Asia. It was noted that the DPRK is the only country in the world that conducted nuclear weapon tests in this century. The participants called on the international community to “not succumb to provocations of North Korea” and to “not let miscalculations and misunderstandings” lead to global consequences.

According to U.S. Secretary of State Rex Tillerson, the U.S. cannot indifferently watch the growth of threats from the DPRK. He called on the participants to strengthen all possible measures of economic and diplomatic pressure on North Korea, including by imposing economic sanctions and limiting diplomatic and trade relations with Pyongyang.

“At the same time, the U.S. does not exclude a military solution to the problem,” Tillerson noted.

France and the United Kingdom also advocated a significant expansion of restrictive measures against the DPRK, to influence Pyongyang to abandon its nuclear programme.

At the same time, Russia and China warned the world community that military options are absolutely unacceptable and fraught with catastrophic consequences for both the Korean peninsula and the Northeast Asia region as a whole. In this regard, China has proposed its two-track formula for resolving the problem, which includes a set of measures aimed at denuclearisation and a parallel peace process. Russia supported China’s proposal, as well as advocated the resumption of the six-party talks. 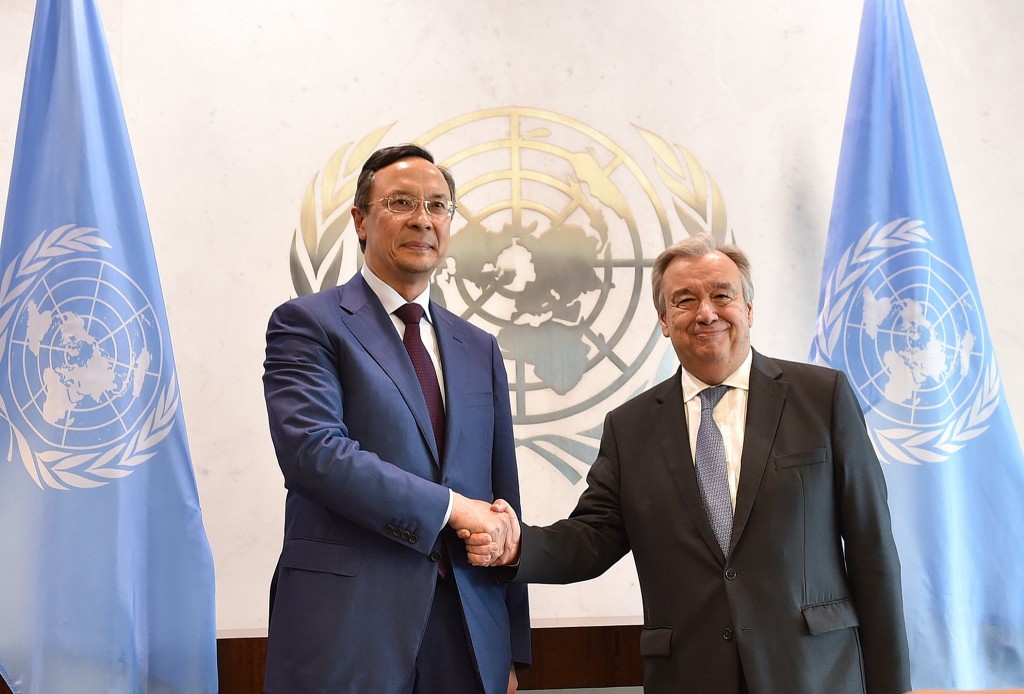 The non-permanent members of the council voiced concern over the continuation of the DPRK nuclear tests, in spite of the repeated demands of the Security Council to stop these actions.

Addressing the participants, Abdrakhmanov noted that disarmament, non-proliferation and nuclear security are among the main priorities of Kazakhstan’s foreign policy. In his words, the decision of Kazakh President Nursultan Nazarbayev to renounce the world’s fourth largest nuclear arsenal in the early 1990s can prove that the choice in favour of a nuclear weapons-free status is the only sure guarantee for preserving regional and global security.

Abdrakhmanov expressed serious concern over the deterioration of the situation on the Korean Peninsula in light of DPRK’s missile tests that violate all relevant UN Security Council resolutions.

“Kazakhstan supports the members of the Security Council in the intention to resume six-party talks or apply other political and diplomatic measures for the early peaceful resolution of the current critical situation,” he said.

The debates were attended by the foreign ministers of the member countries, including Fumio Kishida of Japan, Mankeur Ndiaye of Senegal, Wan Yi of China, Boris Johnson of Great Britain, Workneh Gebeyehu of Ethiopia, Deputy Ministers of Sweden Annika Söder and Italy Benedetto Della Vedova.

According to the Kazakh Ministry of Foreign Affairs, Abdrakhmanov and Tillerson discussed implementing the Kazakh-American strategic partnership and expanding trade and economic cooperation as agreed during an earlier telephone conversation between the two presidents, Nursultan Nazarbayev and Donald Trump.

“Kazakhstan attaches a special importance to the development of a comprehensive strategic partnership with the U.S. and intends to work closely with the new administration,” Abdrakhmanov said.

The sides discussed international issues, including the situations in Syria, Afghanistan, North Korea, as well as the Iranian nuclear programme. Abdrakhmanov stressed Kazakhstan’s readiness to contribute to global and regional security.

The foreign minister also urged the U.S. to continue supporting the Astana Process, a mechanism to bring peace to Syria, and to participate as an observer to the process.  [It was later announced that the U.S. is sending Acting Assistant Secretary of State for Near Eastern Affairs Stuart Jones for the May 3-4 talks in Astana.]

Abdrakhmanov noted the International Atomic Energy Agency’s Low Enriched Uranium Bank in Kazakhstan will open Aug. 29 and, given the U.S. government’s and the Nuclear Threat Initiative’s support for the bank, invited U.S. representatives to participate.

Tillerson noted Nazarbayev’s historic decision to renounce the world’s fourth largest nuclear arsenal, which indicated a desire to join the international community as a peaceful partner.

The two also discussed the United States’ participation in EXPO 2017 and Tillerson acknowledged the friendly long-standing relations between the countries.

At the meeting between Abdrakhmanov and Johnson, the parties discussed bilateral cooperation,

Noting Great Britain is one of the six largest investors in Kazakhstan’s economy, Johnson expressed an interest in the upcoming Kazakh-British business forum with the participation of business leaders from both countries.

Abdrakhmanov briefed Johnson on the progress of the Astana Process and the British Foreign Secretary agreed a peaceful resolution is urgently needed in Syria.

At the meeting with Guterres, Abdrakhmanov emphasised the importance of the UN Secretariat’s support of Nazarbayev’s initiatives voiced at the 70th session of the UN General Assembly.

The parties discussed international security and Guterres said the Astana Process has opened the way for the progress in the Geneva talks.

The two also discussed Kazakhstan’s proposal to establish a UN international hub in Almaty. Gutteres also confirmed his participation in the Shanghai Cooperation Organisation (SCO) Summit and opening of EXPO 2017 in Astana on June 8-9.