By Malika Orazgaliyeva in International on 4 May 2017

ASTANA – The foreign ministers of Kazakhstan, Kyrgyzstan, Tajikistan, Turkmenistan, Uzbekistan and Japan reaffirmed their cooperation across sectors at the May 1 Central Asia+Japan dialogue in Ashgabat. 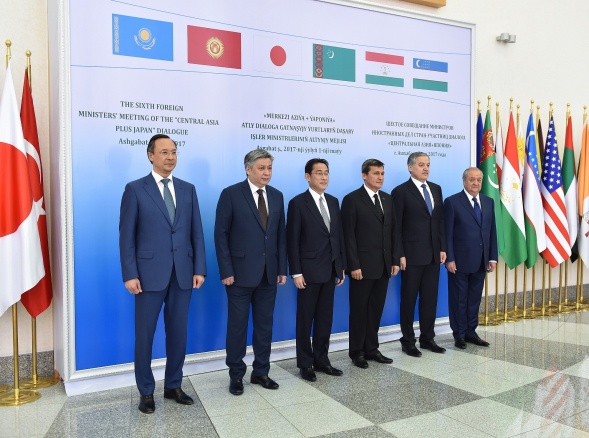 The group discussed cooperation in trade, investment, security, culture, humanitarian assistance and infrastructure. They signed a joint statement and adopted a roadmap for regional cooperation in transport and logistics.

The documents propose assistance in training personnel, including in road control, urban transport, prevention of road traffic disasters in the railway industry, air traffic control and customs administration. Cooperation also covers border control, the development of rail logistics and the transportation of agricultural products. At the initiative of Kazakhstan, the statement included Japan’s experience in water management and conservation. 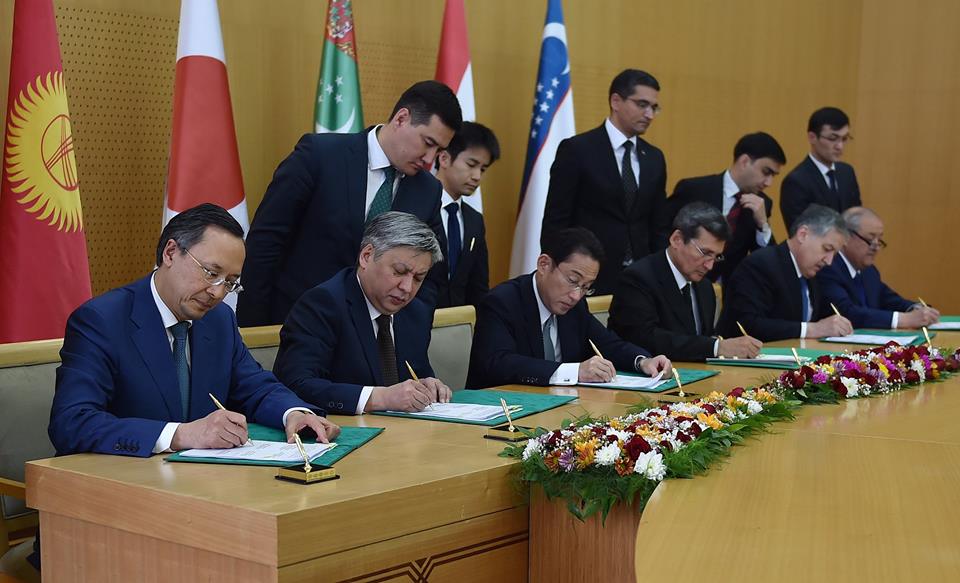 The foreign ministers also agreed to participate in the first OIC Summit on Science and Technology in Astana Sept. 10-11.

Abdrakhmanov also informed the group that as a non-permanent member of the UN Security Council, Kazakhstan is focusing on strengthening security in Central Asia and Afghanistan, countering transnational threats and strengthening the tools of preventive diplomacy. 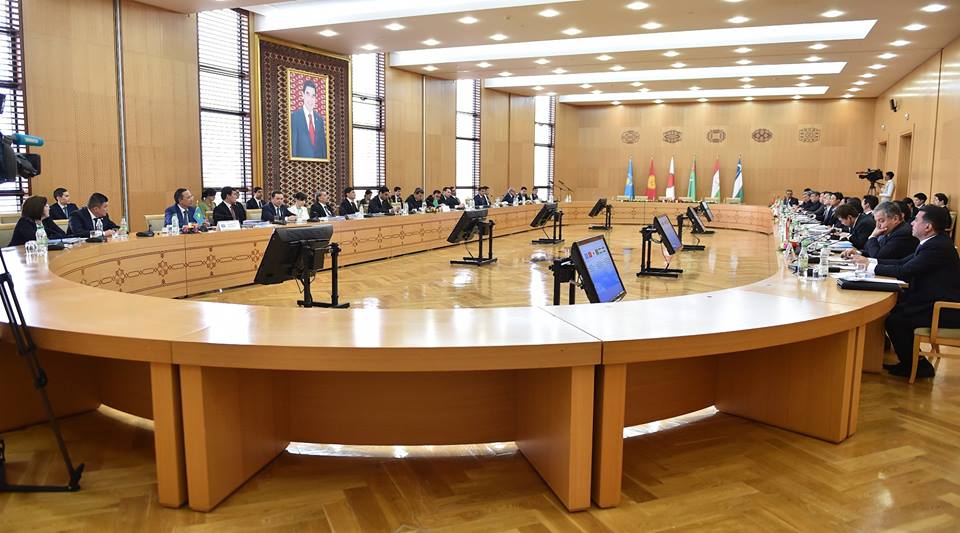 He noted Kazakhstan has implemented the first project to provide official development assistance to Afghanistan and with Japan and the United Nations Development Programme launched a pilot project to increase the economic independence and rights of Afghan women.

Abdrakhmanov also stressed that cooperation with Japan is important as are joint efforts within the framework of the Central Asian Regional Information and Coordination Centre (CARICC) for combating illicit trafficking of narcotic drugs, psychotropic substances and their precursors.

The region’s foreign ministers were also told EXPO 2017 will assist development in the region. Abdrakhmanov also congratulated Japan on hosting the first business form in March.

While in Ashgabat, Abdrakhmanov met with Japanese Minister of Foreign Affairs Fumio Kishida to discuss agreements reached during Kazakh President Nursultan Nazarbayev’s visit to Japan in 2016.Abdrakhmanov also briefed Kishida about Kazakhstan’s priorities intrade, economic, investment, transit and transport policy. He also stressed the importance of the Nurly Zhol programme and the attractiveness of Kazakhstan’s transport and transit potential.

During the meeting, the Japanese side announced the simplification of the visa regime for Kazakh citizens.

Abdrakhmanov also met with UN Special Representative and Head of the UN Regional Centre for Preventive Diplomacy for Central Asia (UNRCCA) Petko Draganov. Abdrakhmanov told Draganov Kazakhstan appreciates the UNRCCA’s efforts to modernise the regulatory framework of trans-boundary water management in the Aral Sea basin and welcomes the cooperation of the Regional Centre with the International Fund for Saving the Aral Sea. The sides also discussed other issues of regional cooperation and joint counteractions to transnational threats.

In a meeting with the Minister of Foreign Affairs of Turkmenistan Rashid Meredov, the parties discussed steps to implement agreements reached during the April 18-19 visit to Astana by President of Turkmenistan Gurbanguly Berdymukhamedov.