Let us accept as a given: no state will give up its role in a market economy. Even guided by the idea of encouraging entrepreneurship, even going for large-scale privatisation to define small and medium-sized owners. Even though the scale of state enterprise becomes smaller, it will remain a structural element of the economy. We asked Kazakh Vice Minister of Finance Berik Sholpankulov about the sale of state property, monitoring the process and interim and expected results of privatisation in the country. 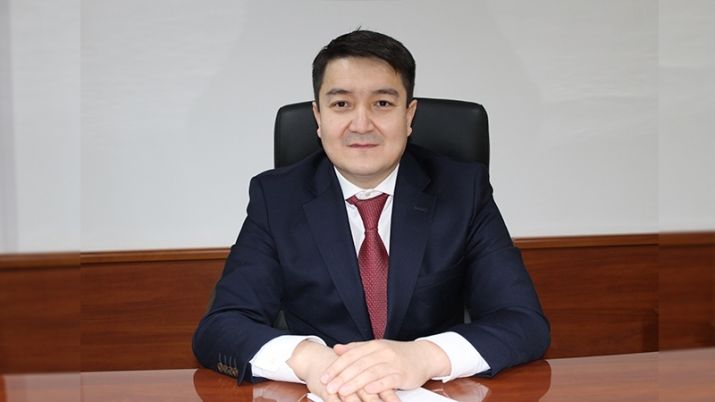 What is the exact number of entities the government initially planned to privatise? How many are state owned and how many belong to the quasi-public sector?

Why is the annual inventory conducted and how does it affect updating the list of entities subject to privatisation?

The President set the task to reduce the state’s share in the economy to 15 percent of the GDP, to the level of the countries of the Organisation for Economic Cooperation and Development (OECD). Now, there is a decree in force of the Kazakh Government which defines the types of activities carried out in the public sector. They are introduced taking into account the Yellow Pages principles providing for the reduction of state participation in economic sectors, in which there is at least one competitor from among private business entities. Thus, privatisation is one of the ways to limit the state’s role in one or another economic sector. And the annual inventory helps to analyse the need for state participation in any field of activity. Consequently, it identifies additional entities that can and should be privatised.

How many additional entities are included? Are there properties excluded from the privatisation list; if so, for what reasons?

At the end of 2016, an inventory of subordinate organisations was carried out and 102 state-owned organisations were additionally included in the Comprehensive Privatisation Plan. There are entities excluded from the Comprehensive Privatisation Plan. These are regional media, health resorts and certain strategic entities of the quasi-public sector. The reasons are as follows. For instance, regional media are excluded in order to ensure information security and preserve the influence of the state on information policy at the regional level. Health resorts subordinate to the Kazakh Ministry of Internal Affairs are excluded in order to preserve the guaranteed right of law enforcement officers to medical and health resort services, since such right is prescribed in the Law On Law Enforcement Service.

Certain strategic entities of the quasi-public sector are excluded due to objective reasons of a sectoral nature. For example, Aktau Plastics Plant LLP (AZPM) is excluded from the list of entities subject to privatisation for the purpose of selling it to Caspiy Social and Entrepreneurial Corporation. The Akimat of Mangistau oblast plans to create a PPP-based industrial zone there. Food Contract Corporation is excluded in order to provide the country with food grain and preserve the regulatory impact on the grain market.

What about the top 65 entities owned by the state and the quasi-public sector planned for sale in 2017? Is the share of Atyrau Refinery LLP assets for sale identified, and what about other privatised entities?

As of today, there are 64 top entities as –Food Contract Corporation, as indicated above, is excluded from the list of entities subject to privatisation. Their sale terms are as follows: 29 entities in 2017, 21 entities in 2018 and 14 entities in 2019-2020.

Twelve of the top entities are state owned. The work on eight of them will be carried out this year. First, the shares and methods of their transfer to a competitive environment reviewed and approved by the State Commission for Economic Modernisation have already been determined. Second, relevant resolutions of the government have been drafted and submitted to the Prime Minister’s Office. Third, the necessary documents are being developed to select an independent valuation consultant.

The top four state-owned entities are planned to be sold in 2018 due to their industry specificity.

The methods and shares of sales for the top 21 entities of the quasi-public sector planned to be sold this year have also been agreed by the State Commission for Economic Modernisation. Their pre-sale preparation is being conducted.

Atyrau Refinery is planned for sale by 2020; therefore, the sale of the share of its assets will be considered later.

Who exercises general control over the receipt of funds from the sale of privatised entities; is it only the Ministry of Finance?

Control is exercised by the sellers themselves. The Kazakh Ministry of Finance controls the receipt of funds from the sale of privatised entities owned by the state.

Regarding the valuation of entities and sales support: earlier, you were thinking of attracting the Big Four. What is the situation today?

The Law On State Property stipulates that the valuation of top-level privatised entities (with a book value of five billion tenge) is carried out by independent consultants in accordance with international valuation standards. Independent consultants are legal entities, including foreign ones or their associations, participants in valuation and investment activities and financial consulting, attracted by the seller to assess the market value of the privatised property and support the transaction for privatised properties.

Now, the Ministry of Finance is developing the necessary documentation to select an independent consultant to assess top-level state-owned entities planned for sale this year. The valuation of other privatised entities is carried out in accordance with the Law On Valuation Activities.

How many entities subject to privatisation are sold in Kazakhstan? What are some important ones?

During the second wave of privatisation, since 2014, 442 entities have been sold in total, including 29 state-owned entities, 215 municipal ones and 198 entities of the quasi-public sector. These are the figures as of April 10. There have been 198 entities sold under the 2016-2020 Comprehensive Privatisation Plan. Eighteen of them are owned by the state, 95 are municipal ones and 85 are entities of the quasi-public sector.

As for entities of communal ownership, they include Bus Depot No 1 LLP  in Pavlodar for 1.2 billion tenge (US$3.8 million) and the Global Ecological Group Almaty LLPfor 409 million tenge (US$1.3 million).

In the quasi-public sector there are Lokomotiv Kurastyru Zauyty JSC with a selling price of 15.7 billion tenge (US$49.7 million) and Transtelecom JSC, a subsidiary of the Samruk Kazyna National Welfare Fund, for 9 billion tenge (US$28.5 million).

How much have the sales broughtto Kazakhstan’s budget? Is this amount comparable with the book value and the estimated value of the entities sold?

Are there any entities sold at a discount? Which ones? What is the discount?

They are sold at a discount. One example is the sale of KEGOC JSC shares (10 percent minus 1 share) as part of the People’s IPO on the Kazakhstan Stock Exchange in November-December 2014. Applications for the purchase of shares were accepted over a month and the price of a share was 505 tenge (US$1.60). As a result, the shares were purchased by 41,319 participants; the selling price was 13 billion tenge (US$41.2 million).

As for the remaining entities of the second wave of privatisation, eight of Kazakhstan’s largest companies are planned to be sold as part of an IPO, including Air Astana JSC, Kazatomprom JSC, Kazakhtelecom JSC, KazMunayGas JSC, Kazpost JSC, Samruk-Energy JSC, Kazakhstan Temir Zholy JSC and TauKen Samruk JSC, all entities of Samruk Kazyna Sovereign Wealth Fund.

Let me remind you that our privatisation law allows the sale of entities in instalments. Such a decision is made by the permanent commission on the privatisation of state-owned entities. The commission proceeds from the profile and market value of the entity and the demand for a particular privatised entity. In this case, the terms and the date of payment in instalments must be indicated in the communication message on the entity sale.

The Ministry of Finance controls the sales schedule. Have there any schedule delays, and if so, who was responsible for them?

Entities of the second wave of privatisation, regardless of the type of ownership, are sold electronically through the web portal of the State Property Register (gosreestr.kz). According to the Law On State Property, information on all privatised entities with action plans for each entity, indicating the price, type and date of sale, is published on the above web portal; it is open and publicly available.

So far, there have been neither schedule delays nor postponement of sale dates. On the contrary, in order to comply with the instruction of the Head of State to accelerate privatisation and complete the sale of those identified by the Comprehensive Privatisation Plan, the sales schedules by the end of 2018 have been re-confirmed. At least 80 percent of the remaining entities are to be put up for sale as early as this year.