ASTANA – A mobile EXPO caravan, which started its tour through Europe Feb. 28 in Madrid, is now headed from Berlin to the Baltic States. The promotional roadshow is hoping to raise awareness about the upcoming specialised international exposition in the Kazakh capital. 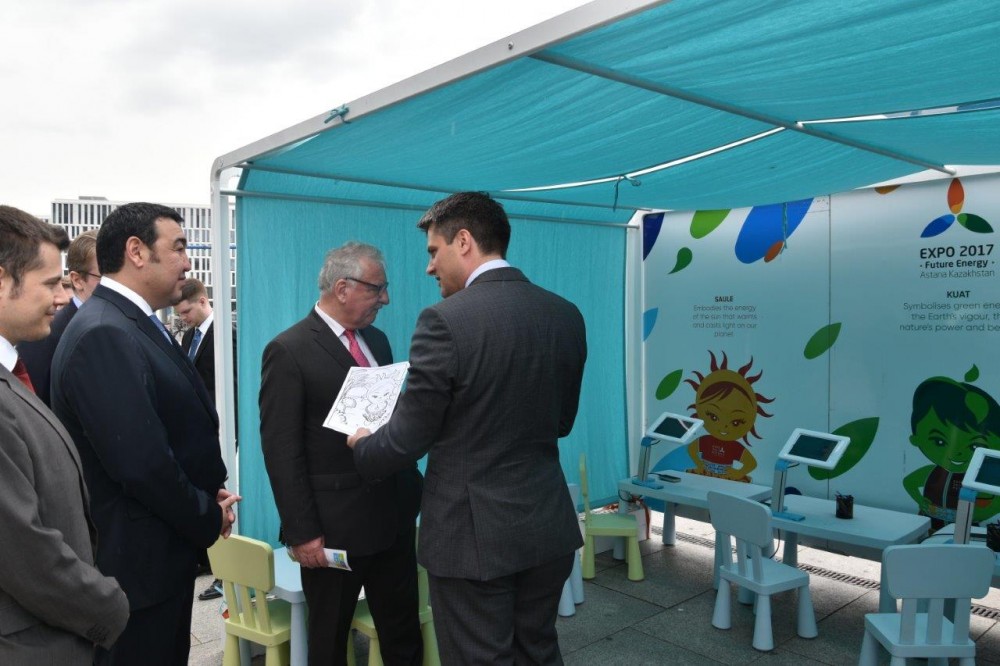 The opening ceremony in the German capital was attended by representatives of the nation’s Foreign Ministry, Federal Ministry for Economic Affairs and Energy, EXPO 2017 General Commissariat’s office, Kazakh-German Association and Kazakh students at German universities, among many others.

“Future Energy, as the theme of the upcoming exposition in Astana, has aroused much interest among German companies,” said German Economy Eastern Committee regional director Edward Kinsbrunner, as quoted by kazinform.kz.

As part of his speech, Kinsbrunner added Germany’s participation will provide “added momentum to the development of bilateral commercial and economic relations.”

Kazakh embassies are assisting the caravan in spreading news about the EXPO to locals.

Kazakh Ambassador to Germany Bolat Nussupov told the audience about the socio-economic and political reforms happening in Kazakhstan. He also stressed the successful cooperation between the countries in the preparation process. 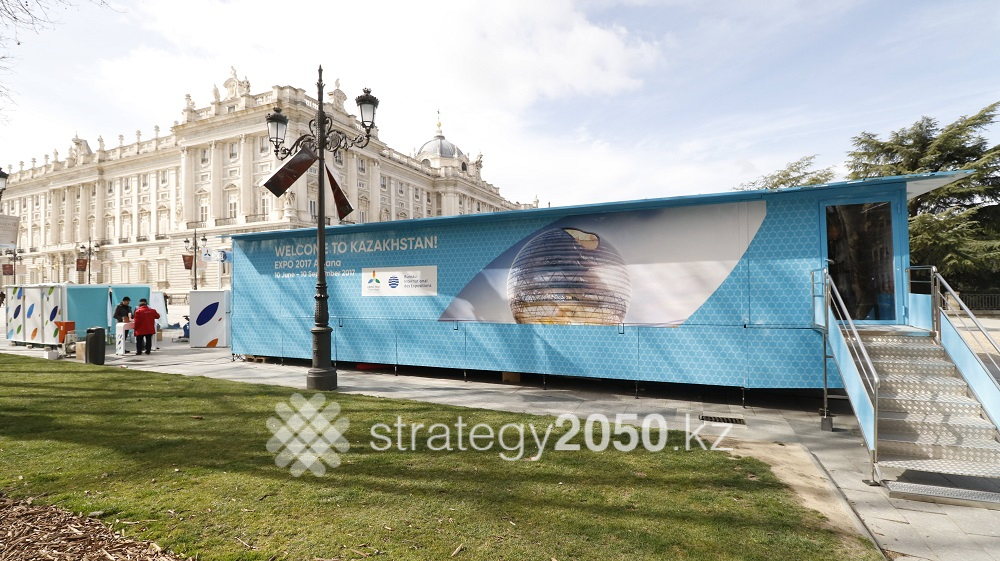 “In view of the EXPO 2017 theme importance and timeliness for all mankind, Kazakhstan is making its contribution to one of the most pressing issues of the 21st century,” said German Bundestag committee for tourism head Jürgen Klimke.

EXPO caravan Project Coordinator Florian Berend noted the purpose of the tour is to convince people to visit Kazakhstan.

“We can sell tickets online for EXPO in Astana or book a hotel online. We have a large smartphone, which is connected to the Internet. We tell the visitors about different tourist routes, because besides the exhibition there are many beautiful places to see in Kazakhstan and this is another reason to pay a visit to the country,” he said.

The caravan has been on the road for months, staying three-four days in every city it visits. To date, it has crossed through Madrid, Barcelona, Rome, Milan, Zurich, Paris, London, Amsterdam, Vienna, Prague and Berlin. Next up are Warsaw, Vilnius and Helsinki, ending the tour in the Finnish capital June 9 on the eve of the exhibition kickoff.