Cooperation and peaceful resolution is the key for the future, says anti-nuclear activist

ASTANA – Tore Naerland, president of Bike for Peace Norway (BFP), has been nominated for the Kazakhstan Peace Prize for a Nuclear Weapons Free World and Global Security, the nation’s equivalent of the Nobel Peace Prize. He has been fighting for peace, disarmament and democracy on the planet and promoting peace by organising biking and cultural tours in various countries since 1978 and has inspired many to join his ideas. 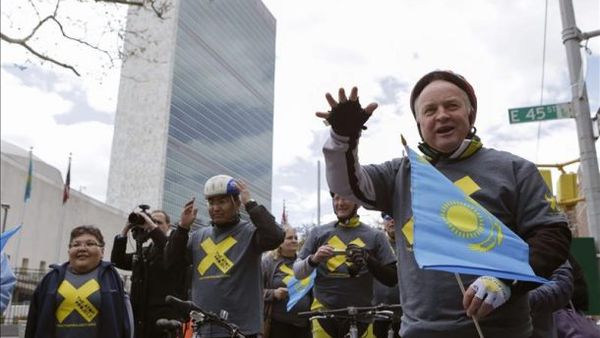 Tore Naerland and The ATOM Project

Naerland has been motivated to work for peace by the efforts of Mahatma Gandhi, Martin Luther King Jr., Aung San Suu Kyi, Kameno Fujiwara from Hiroshima, The ATOM Project Honorary Ambassador Karipbek Kuyukov and ordinary people around the globe.

“I am honoured to be nominated for the Kazakhstan Peace Prize! A delightful thing. It is the most important thing that people support me, because I have been an activist against nuclear weapons for 40 years,” he said in an interview for this story.

Moscow-Oslo-New York-Washington, DC, which in 1983 became the first international bike ride on nuclear weapons between the Soviet Union and the United States, is among his peace initiatives throughout the world during the last four decades. Naerland encouraged people from the two superpowers to bike together to show the world that cooperation and peaceful resolution is the key for the future.

Around the World in 80 Days in 1994 and the Moscow-Bergen-Beijing-Almaty bike ride with the slogan “Support the victims of Semipalatinsk, Nevada and Chernobyl” in 1999 are two of Naerland’s other commitments to promote a planet without nuclear weapons.

“The world uses too much money for producing nukes. The nuclear states should talk more to each other. They are able to find good solutions, like banning,” he noted. 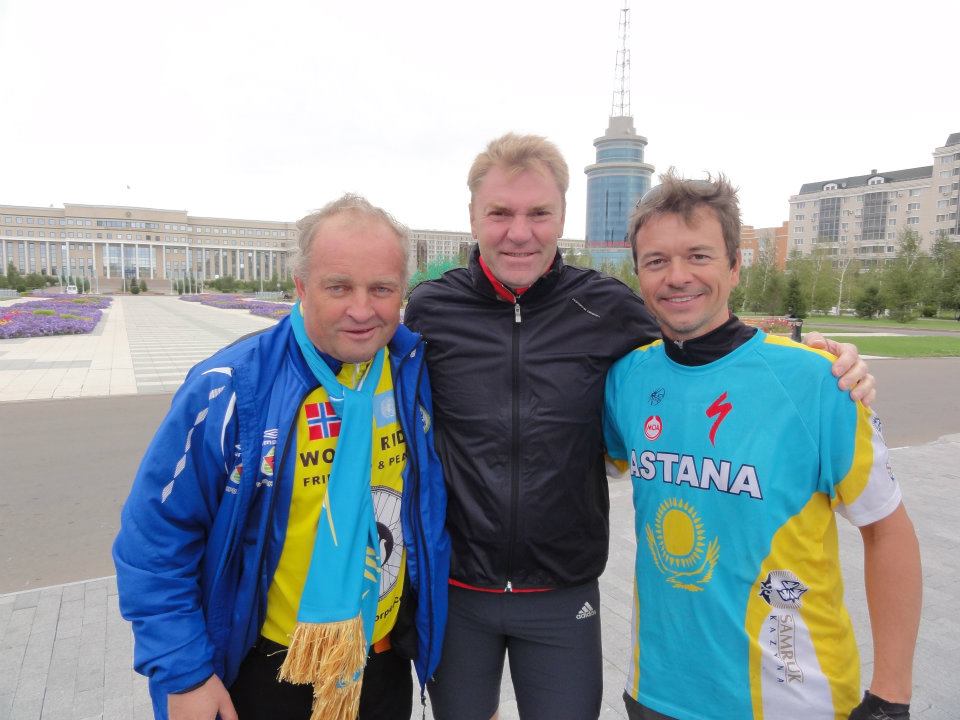 Naerland is inspired by Kazakhstan led by President Nursultan Nazarbayev and his action to rid the country of all nuclear weapons. This is a great message to the nine countries that are known to possess nuclear weapons, he noted.

As part of its 20th anniversary in 2011, BFP, in cooperation with the Kazakh embassy in Oslo and local authorities in Kazakhstan, organised a peace ride through the nation. The team started in Semey (former Semipalatinsk) on Aug. 6 (the day of the Hiroshima bomb), covering 2,500 kilometres and ending in Astana Aug. 29 on the International Day against Nuclear Tests. 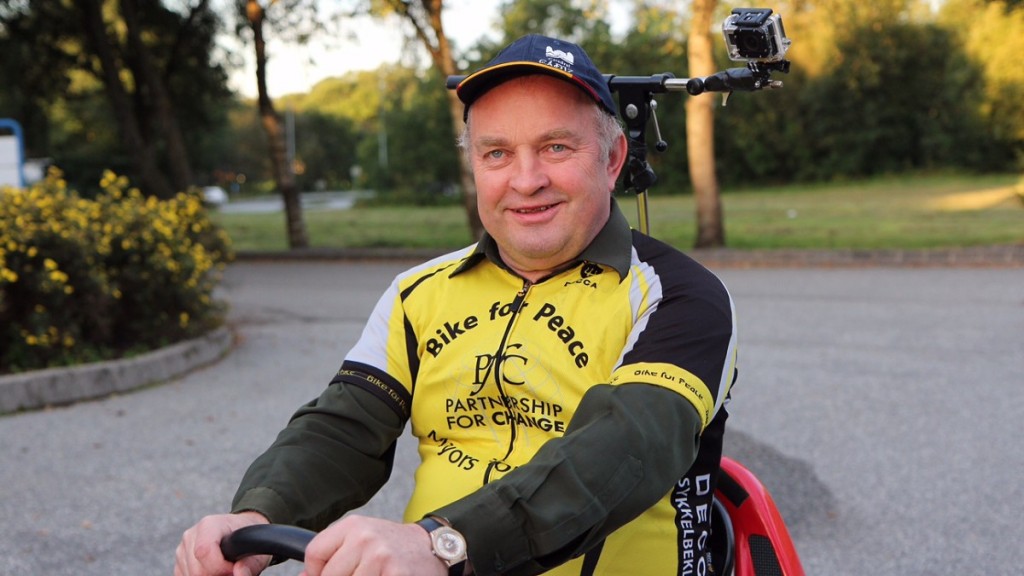 In the spring of 2015, Naerland and BFP together with Mayors for Peace and The ATOM Project organised a Washington, DC-New York peace ride. During the trip, the group talked about the humanitarian consequences of nuclear weapons in various venues, including schools, universities, baseball games, the UN and at a peace rally in New York.

Since the start in 1978, with a peace ride joining Protestants and Catholics in Northern Ireland, Naerland and BFP has organised projects for peace, democracy and nuclear disarmament in more than 100 countries worldwide. He has released 10 books in relation to global peace building, has held many posts in the Norwegian and international media and conducts lectures for schools, clubs and associations in Norway and other countries.

In August, Naerland is planning to organise the Bishkek-Almaty-Karaganda-Astana bike ride.