The first container train from London to Yiwu passed through the territory of Kazakhstan, according to the press service of Kazakhstan Temir Zholy National Company. 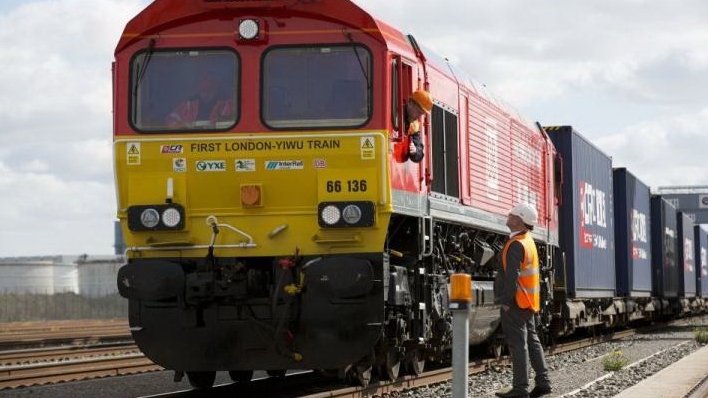 The train departed from DP World London Gateway terminal in London to a large logistics centre of China – Yiwu city. Subsidiary of Kazakhstan Temir Zholy National Company, KTZ Express, operates the train across the territory of the Commonwealth of Independent States.

The route of the train passed through a Channel Tunnel, France, Belgium, Germany, Poland, Belarus, Russia, Kazakhstan and China.

“The possibilities of Kazakhstan’s transport and logistics infrastructure allows shippers to create a multimodal route that reduces the time of freight delivery by half. Transporting freight via sea takes approximately 36 to 38 days,” Executive Director of KTZ Express Europe Region Karl Gheysen said.

Freight trains travelling between China and Europe make trade and economic ties stronger; create opportunities for developing surface transport between China and Western Europe via the territory of Kazakhstan. This contributes to implementing the Kazakh Nurly Zhol programme and the Chinese imitative One Belt, One Road.

Prior to sending off the container train to China, British Minister of State for Trade and Investment Greg Hands emphasised that a new path that connects Europe and China may serve as a new driving force for a globalised United Kingdom.

The first train with consumer goods arrived from China to London in January. Now a train that consists of 32 containers loaded with British made goods has travelled the route with a length of some 12,000 kilometres to its destination in less than 20 days.