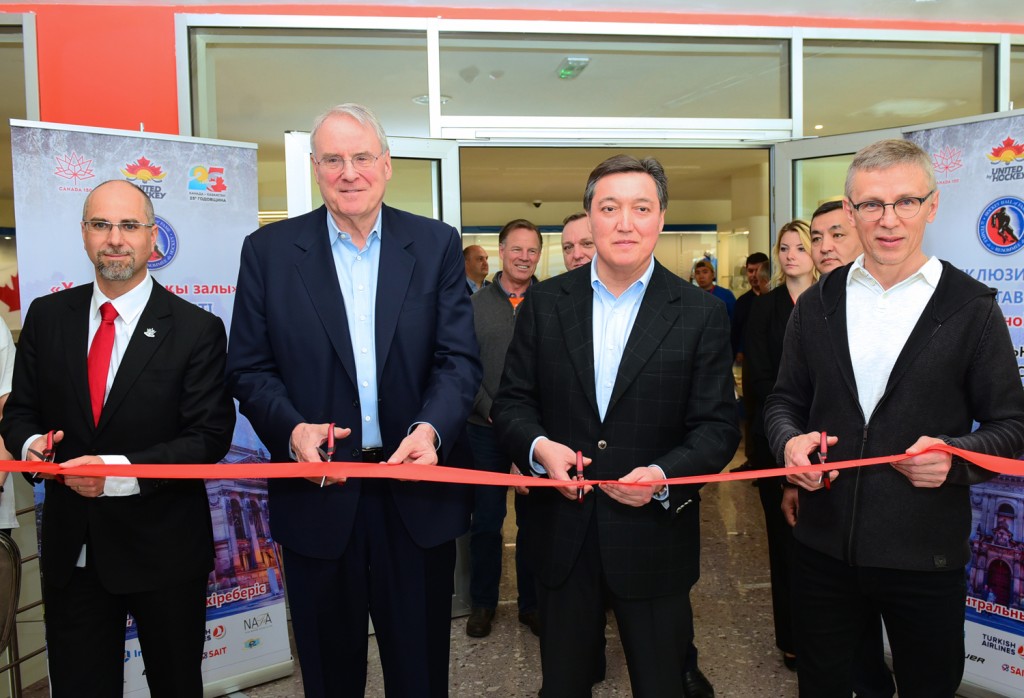 Among those whom local fans are more accustomed to seeing in hockey ammunition were Yerlan Sagymbayev, captain of the Kazakh national team that made it into the quarterfinals of the 1998 Winter Olympics, Galym Mambetaliyev, Vyacheslav Belan, Alexander Vysotsky and Alexander Kolyuzhny, while Alexander Koreshkov and Sergey Starygin joined Team Kazakhstan’s coaching staff for the day. 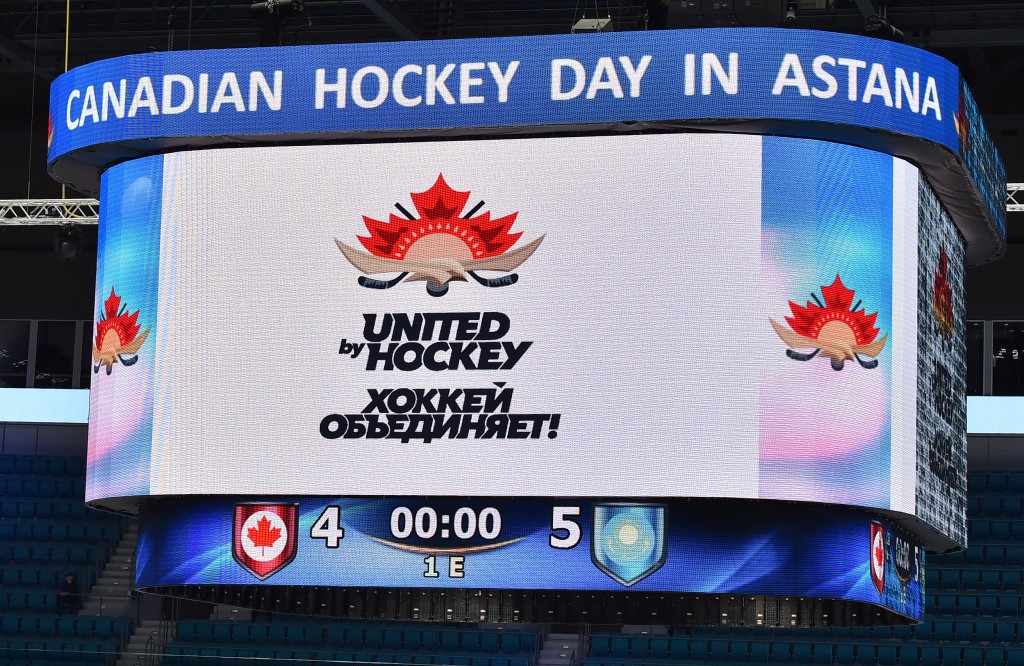 The festival opened by unveiling an interesting exhibition divided into displays illustrating the history of ice hockey in Kazakhstan and original items brought from the Hockey Hall of Fame in Toronto, including the sweaters of some of Kazakhstan’s most famous players.

Inside the arena lobby, guests could taste traditional Canadian pancakes with maple syrup. The lucky ones were served by Mamin, Larionov, Dryden and other famous guests. Fans could then watch a master class by Larionov and an exhibition game involving a sledge hockey team and women’s hockey team. 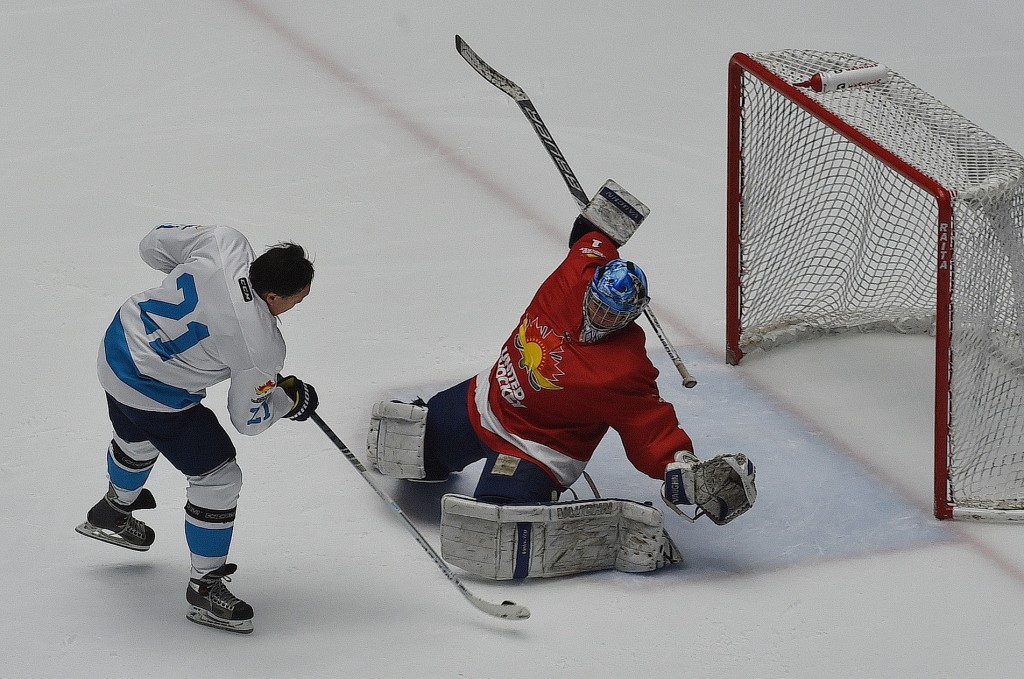 The Sheep Dogs, a specially-invited Canadian rock band, delivered a concert at the arena, adding to the day’s atmosphere. They performed a number of their own songs and some cover versions of famous rock pieces.

The day’s central event was an entertaining game between the Kazakh and Canadian teams. The rivalry ended with a series of penalty shootouts, where the hosts claimed victory with a score of 5-4. Mamin made the winning shot.

The players wore specially made “Hockey Unites” sweaters. The match had a friendly status, but the fans in the stands witnessed a remarkable game that brought a lot of positive emotion to everyone involved. 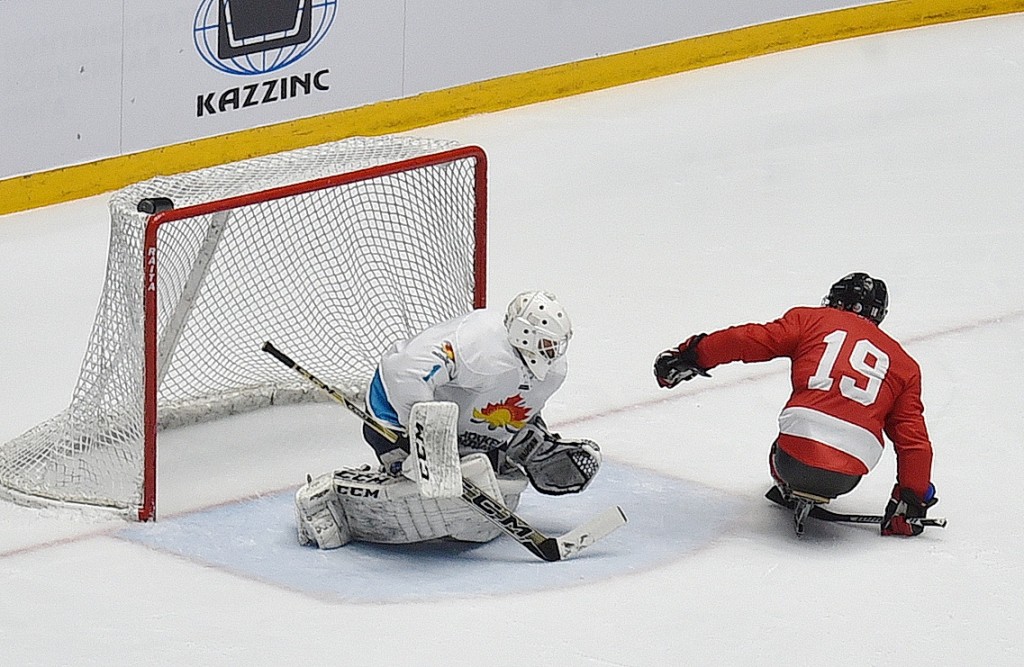 The Heritage Cup was created particularly for this match. Its design is a symbiosis of famous Kazakh and Canadian symbols, with images of 25 wheat spikes signifying the 25 successful years of bilateral cooperation between the countries. The unique trophy will remain in Astana and the names of the match participants will be added to it.

During the intervals between periods of the game, fans could take their chance in a lottery with some valuable prizes, such as two original Canadian fur coats, a rarity in the local market.

All the money raised from the sale of entry and lottery tickets will be used to fund projects popularising ice hockey among Kazakh children.

The event was not the first of its kind, as the inaugural Canada Hockey Day was held at the arena on March 7, 2016.