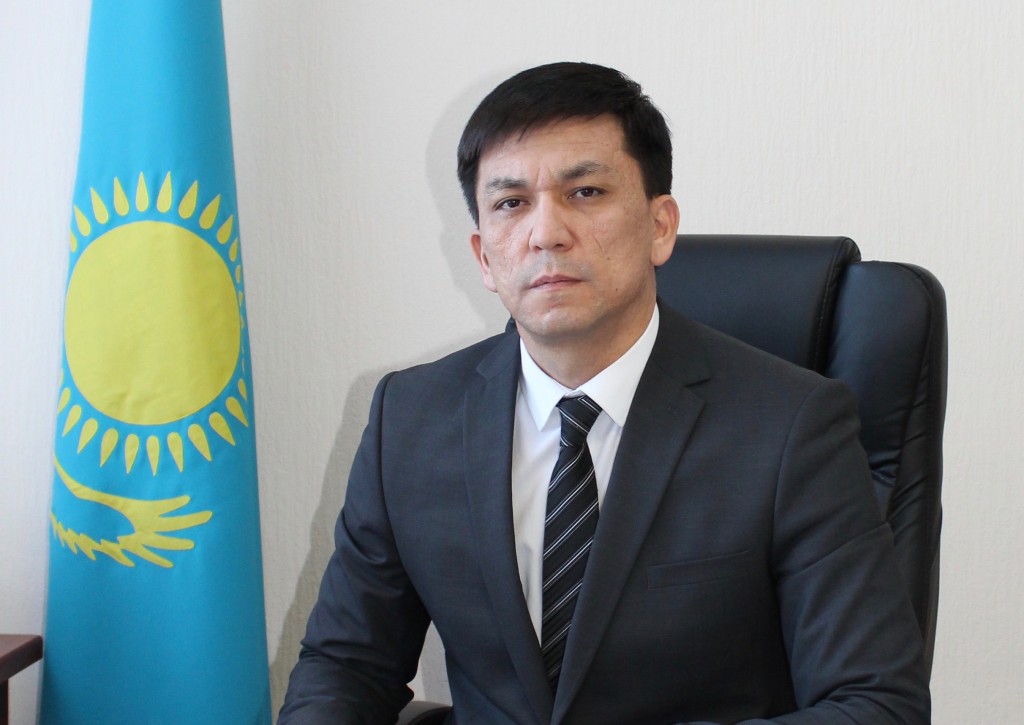 ASTANA – Last year, Kazakhstan was ranked 131st of 176 countries in Transparency International’s Corruption Perceptions Index. This, among many other factors, prompted government officials to develop various tools to battle the low rating in the hope of promoting a transparent Kazakhstan open to foreign businesses.

“Kazakhstan’s Anti–Corruption Strategy 2015-2025 has laid the beginning of a new era of the state in the eradication of corruption,” Karaganda region Civil Service Affairs and Anti-Corruption Agency head Zhandos Sarsenov told The Astana Times in an exclusive interview.

According to data provided by the department, since January 1, 2016, 59 new laws have entered into force in Kazakhstan designated to provide an integrated approach to eliminate corruption risks. The use of exclusively punitive measures is involved, he noted.

The regional department is currently using all available tools to fully implement the anti-corruption policy.

“The priority activity of the department is the prevention of corruption-related offenses. The increase of legal literacy and the elimination of legal nihilism are among the main directions in preventive activities. The department carries out active explanatory works, which cover not only civil servants, but citizens as well. And we can say that the involvement of civil society is gaining increasing importance, because without the support of citizens in this challenging matter we will get nowhere. Accordingly, together with non-governmental organisations, public associations, representatives of the business community, religious associations, work collectives, students, schoolchildren, their parents and teachers, various events are held, starting with lectures and seminars and ending with joint plans and actions,” said Sarsenov.

He added the department is developing various information materials both on paper and audio-visual, such as video clips on anti-corruption topics that are broadcast and advertised on large screens in public places.

“We are trying to notify and warn citizens everywhere – at work, on the streets and at home, because the law also provides liability for the provision of any benefits to officials. Citizens should know and understand that only by joint efforts we will be able to achieve the needed results. For instance, when receiving receipts for utility bills any citizen will also be able to notice our information booklets,” he said.

Anti-corruption mobile groups have also been formed in the region with the aim of increasing “legal literacy of people through visiting places of mass gatherings where we can give interpretation of the legislation and even accept their public appeals on various issues. Such mobile groups have been deployed all over the country,” he noted.

“Coordination of public society and governmental bodies is also very important in reaching common goals. This was repeatedly mentioned by the head of state in his addresses to the nation, that much in the fight against corruption will depend on active participation of the whole society. With the development of social networks and other media resources, general rejection must become a powerful tool in the fight against corruption,” added Sarsenov.

Selecting competent and professional specialists in the ranks of civil servants is also an important issue.

“In Karaganda, we are implementing the one of a kind project in the country titled ‘The First Step’ to attract the best graduates of higher educational institutions to civil service. It is also essential to work with the younger generation, where their upbringing in the spirit of Kazakhstani patriotism and exclusion of corruption is the consequential issue as well. In order to do that, the department staff conducts various activities with school and preschool students. For example, we conduct annual competitions of pictures and different projects among pupils and students on anti-corruption themes where winners can be invited to a victory ceremony afterwards,” he said.

According to Kazakhstan’s Strategy 2050, the state should enter the top 30 developed countries by then. Implementing the anti-corruption strategy is not solely the current generation’s responsibility.