ASTANA – Astana’s taxi companies have formed into a single association called  Astana Taxi and will now have a uniform taxi design, tariff’s and point-of-sale for card payments. 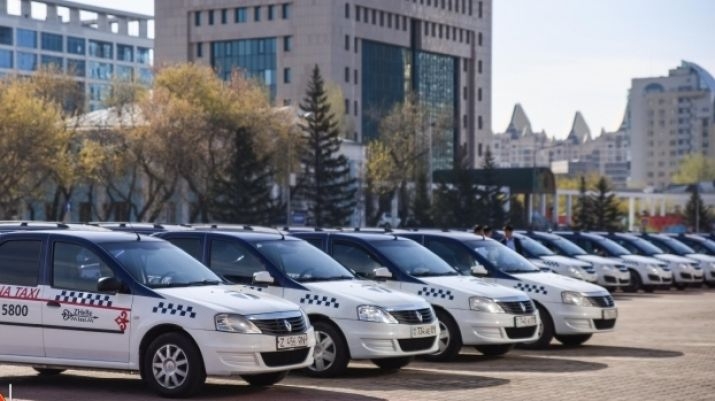 Hundred of car keys were handed over to taxi companies, such as Taxi Zhebe under the Zhebe brand and Autotrans Hozu (Eco taxi), according to the press service of the capital’s city administration.

The project addresses safety and convenience for residents and visitors of the capital by increasing the amount of a legal carrier vehicle, according to the press service.

Getting 200 more cars ready and launch is currently underway as part of the project. More taxi vehicles are to be obtained prior to the opening of EXPO 2017, including 300 new cars and 300 units from working taxi companies.

All participants of this programme have a signed agreement with Astana’s city administration, where terms for drivers’ training, abidance by all statutory regulations for a car’s appearance, technical condition and single fares rates are shown.

Cars are assembled in Kazakhstan, in accordance with an official instruction of the head of state for supporting the domestic automotive industry and creating a single taxi service in Astana, Almaty and other regions.

The press service of the akimat noted that the project’s second stage and additional services will be implemented in Astana by September. Additional 300 taxi cars will begin their work and free Wi-Fi will be provided for passengers inside cabs.

The new taxi service will also offer a single call centre, a convenient mobile app, Astana Taxi, and taximeter inside every taxi vehicle.