ASTANA – The UrbanWay hybrid environmentally friendly buses that consume less fuel have been imported for EXPO 2017. The city is also modernising its transportation system for the exposition, starting with the Astra Plat payment system, ending with upgraded bus stations, including E-libraries. 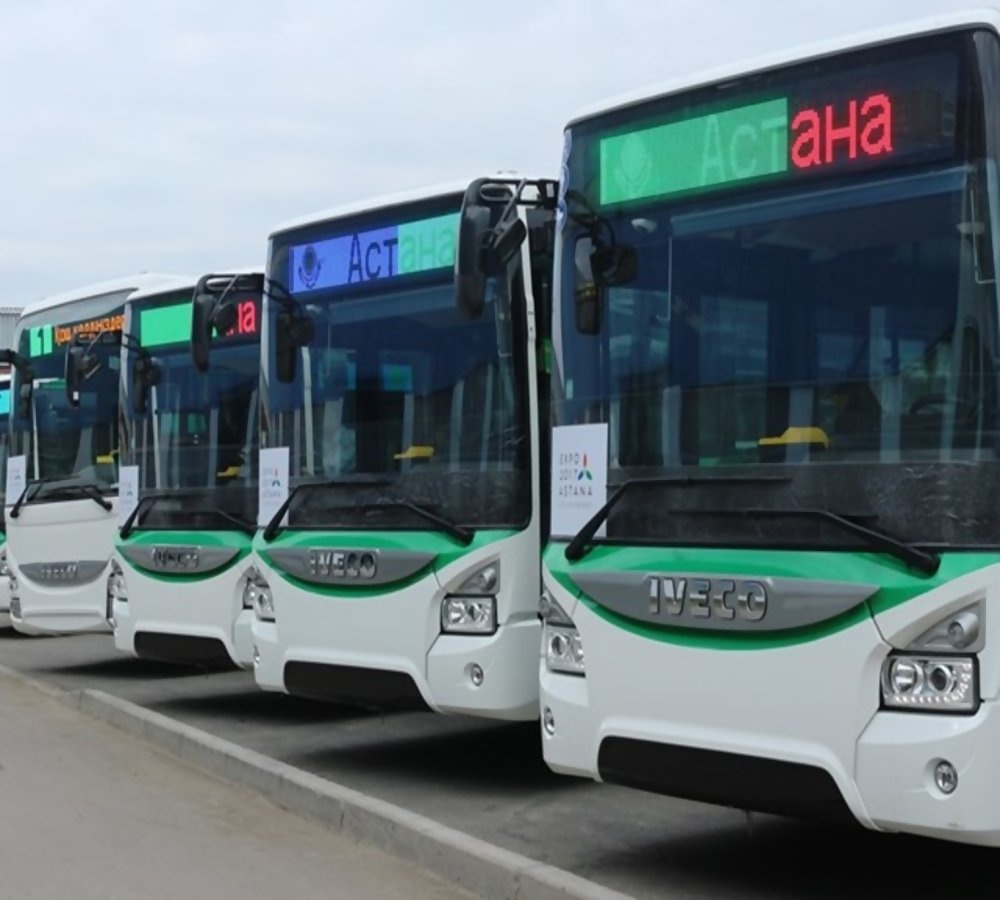 Eleven bus routes that pass through EXPO 2017 will be expanded by adding 103 new buses to them. These measures will significantly reduce the interval from 10-15 to five to seven minutes and increase the daily capacity from 150,000 to 260,000 trips, according to the State Administration of Public Transportation of Astana’s official website.

Moreover, another night express route will be launched for residents and guests of the capital, which will begin its itinerary from the new Nurly Zhol railway station. The first night bus launched in April moves daily in The Astana railway station – Astana International Airport direction from midnight to 06:00 a.m.

Also, seven new Shuttle Buses will be introduced during EXPO 2017. These buses will have a direct route and a minimum number of stops (an average of eight), and they will stop only in the main places of mass congestion.

The Astana city administration recommends using double decker excursion buses to see the sights of the capital. They are equipped with an audio system in Kazakh, Russian, English and Chinese.

Residents and guests of the capital since May 2016 have been using the new Astra Plat payment system and Smart Card Payment System for express and suburban routes. The new system has made the payment procedure easier, offering extra possibilities to choose the right tariff and make the cash flow more transparent. According to the city administration, if passengers don’t have time to buy a transport card, they can buy a single ticket with a QR-code in the cab terminal, which is installed next to bus drivers.

The city administration has also resolved the problem with the notifications concerning public transportation. A mobile application Astra Bus available in the Play Market and the App Store from January 2016 reports the location of city buses in real time. In addition, there are special information boards near bus stations that show the time of the arrival of the buses.

The E-library is an innovation that appeared at the Khan Shatyr bus station to popularise reading among residents of Astana. The E-library has more than 10,000 books written by various authors. There is a special mobile application called Kitap.kz, which allows you to read books without the internet.