ASTANA – Astana’s traditional Art Fest, this year titled “Nomad Energy,” is to kick off June 17 on the Nur Zhol boulevard. According to its organisers, the 90-day event will be the biggest Art Fest yet. 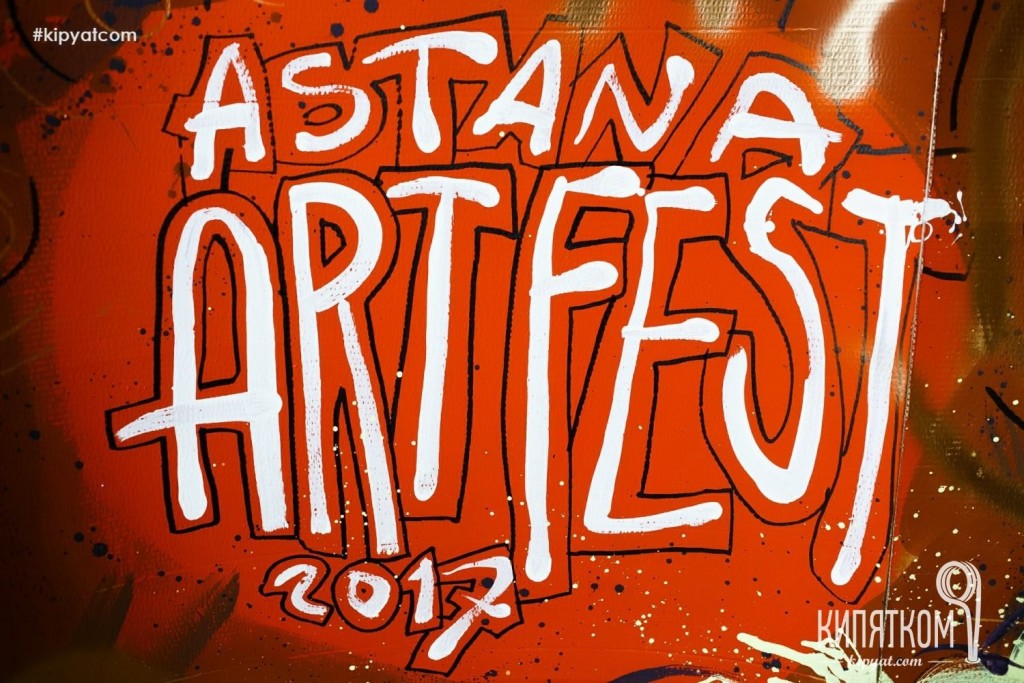 “At the moment, we are preparing for the grand opening and this year we received the most applicants ever wanting to perform during the festival,” said Art Fest Director Maira Izmalilova. “This year we will have a lot of Kazakh painters; for instance, Kyzyl Traktor, a famous group of painters from Shymkent; Saule Suleimenova; Saiyd Atabekov; Arstanbek Shalbayev and many others,” she said.

According to Izmalilova, the 8:30 p.m. opening will be a unique show with elements of theatrical action. 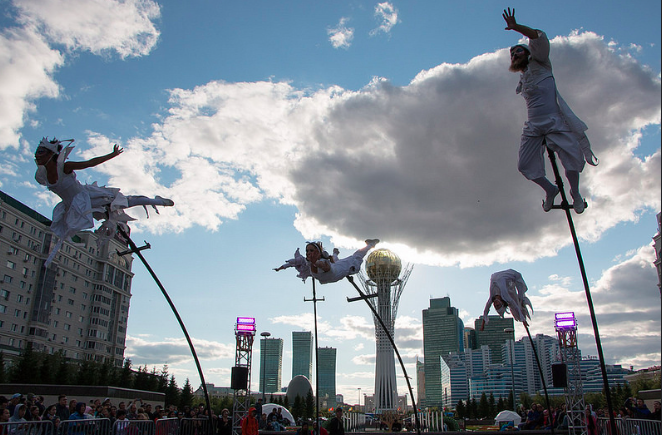 “There will be a light and fire show, complex choreographed scenes specially created for the festival, a bright visual range of art objects, conceptual music and much more,” she said.

Izmalilova added that quite a number of foreign artists and theatrical troupes are expected to arrive from Europe and North America and exhibit their works as well.

“Among the headliners from the contemporary arts category we will have a group of Spanish talents called LUZINTERRUPTUS,” Izmalilova said. 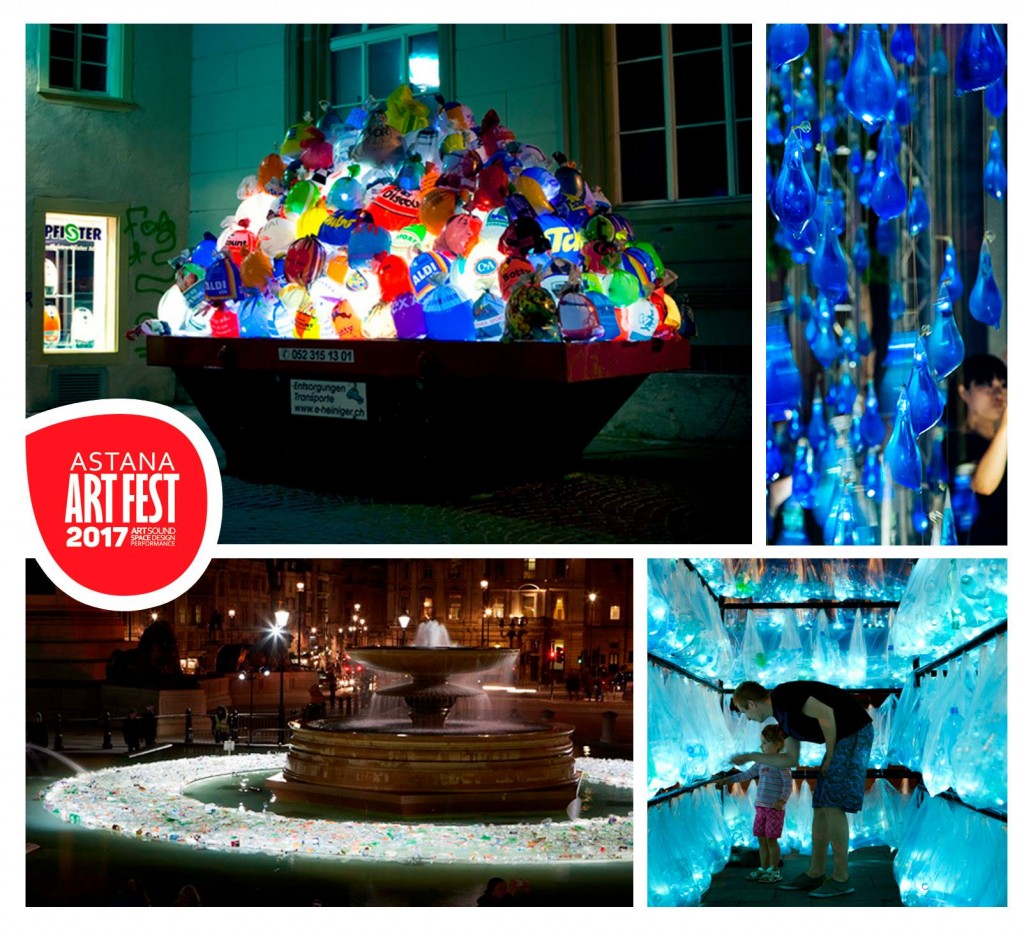 LUZINTERRUPTUS is an anonymous art group, positioning itself as independent from any state. It creates and stages performances in public places using light and secondary raw materials. LUZINTERRUPTUS will work over several fountains along the Nur Zhol boulevard and will create a real miracle for visitors and residents, the organisers claim.

Art Fest organisers also promise to stage performances by such stars as Kazakhstan’s Galymzhan Moldanazar, Son Pascal, Molto Loud, the ethnic ensemble Turan and many others.

More detailed information will soon be available at Keruen Mall and will be announced over Kazakh radio stations and through other mass media outlets, Izmalilova underscored. 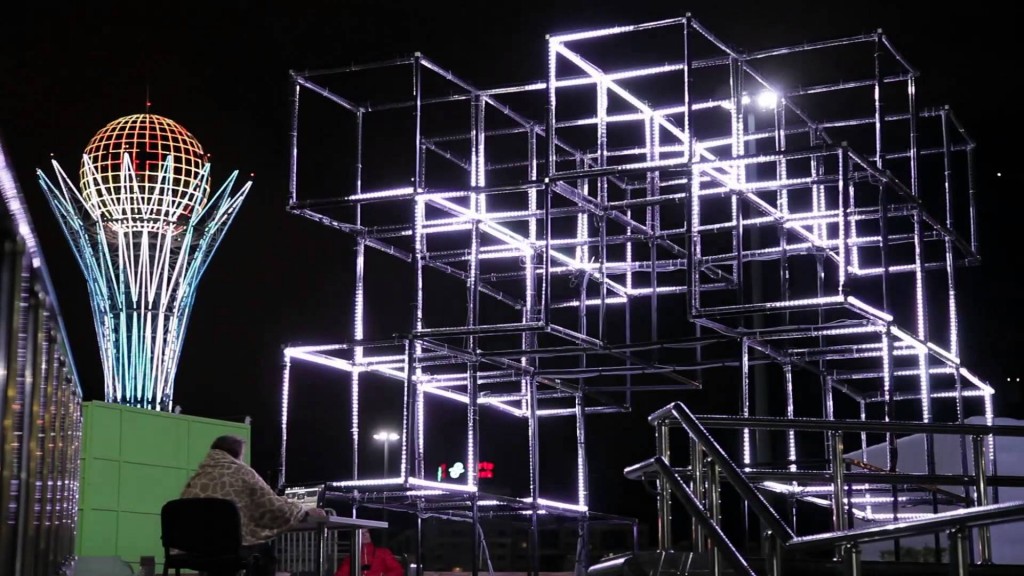 The programme will include entertainment for children and master classes on the arts.

Any artist may join the Art Fest by simply submitting their works each year. The organisers each year hold an open call to recruit young talents with the support of the Astana akimat (city administration).

Izmalilova explained that the purpose of the Art Fest is to unite artists from not just Kazakhstan but all over the world within a single platform.

“In 2013, I had an idea to unite creative talents, innovators, people in search of meaning and people who are constantly growing. The city akimat had the same idea – to create an art festival – and this is how we got this mix. In 2015, we had our first festival and it was an absolutely one-of-a-kind improvisational platform, made up in a couple of months, dedicated to the EXPO 2017. The ultimate goal of the festival is to create and showcase the creative cluster of the country. Our country is huge, with a lot of talented people, and some of them are disconnected from Almaty or Astana, where all the major happenings take place. Our festival gives them a chance to show their talents.”