ASTANA – The Kazakh Parliament is considering amendments to the law on compulsory social health insurance. If they are approved, contribution rates to the Social Health Insurance Fund (SHIF) will be reduced to ease the burden on the economy and business, said SHIF chairperson Elena Bakhmutova. 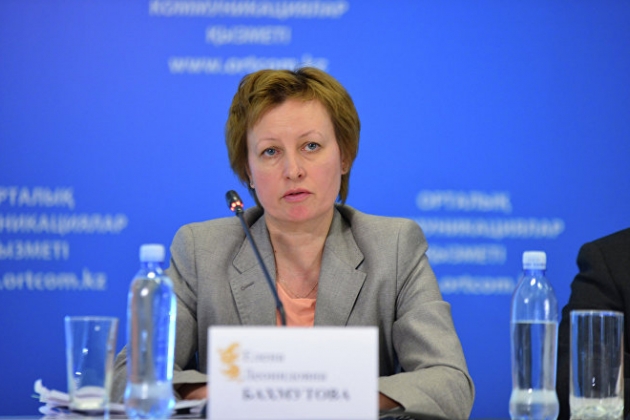 “In general, the proposal is to reduce the rate from employers to 1 percent starting from July 1. Gradually, this rate will increase to 3 percent by 2022. Meanwhile, rates for employees will remain unchangeable at 1 percent from 2019 and 2 percent from 2020. Thus, employer and employee will collectively pay 5 percent of the employee’s salary, not exceeding 15-fold size of minimum wage by 2022. A 5-percent threshold will also eventually be established for the other categories of citizens. However, the object of calculation will be different amounts in each case. Individual entrepreneurs should start paying fees as early as July 1 at a rate of 5 percent and the object of calculation is two minimum wages. This rule applies for all categories of entrepreneurs – peasant farms, notaries or lawyers,” she said.

State rates will be set at 3.75 percent from January 1, 2018. Gradually, this rate will reach at least 4 percent by 2022, but not more than 5 percent. Its specific size will be set in the law of that period’s national budget.

“The state pays for 14 preferential categories of citizens based on the average monthly wage for 2016. The rate, as you can see, may eventually approach 5 percent. At the same time, the category of inactive citizens who are not currently engaged in economic activities needs general clarification; they do not work in legal business, either they are self-employed or work somewhere unregistered. For them, it is very important to apply to a registration campaign of polyclinics so that they can firmly understand whether they belong to the preferential category or they still have to take care of their own insurance and pay their contributions to the system. For them, contributions to the system will be 5 percent of the minimum wage,” said Bakhmutova.

Monthly contributions for the inactive population, most of whom live in rural areas and do not have any recognisable income, will be 1,414 tenge (US$4.50) by 2018, she added. One can pay through the second-tier banks. Funds will be transferred to the SHIF account in the National Bank, which will start spending them on medical services which will be offered to citizens as well as foreign citizens legally residing in the country.