ASTANA – The first stage of modernisation at the Shymkent oil refinery has been completed and new equipment is in place to produce only high-octane gasoline and diesel fuel of K4 and K5 ecological classes, according to a document signed recently by refinery officials. 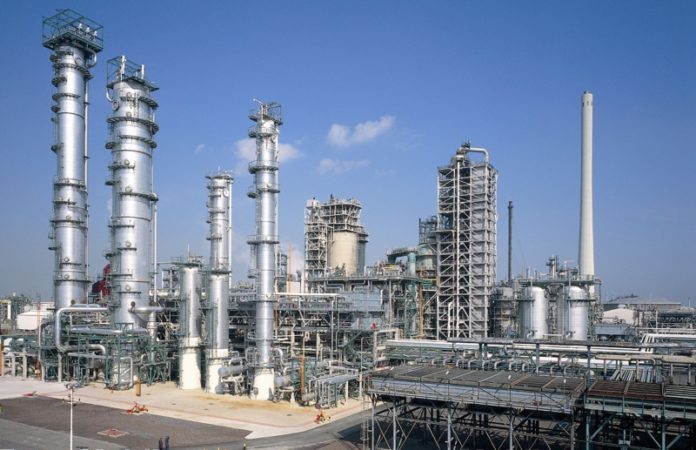 The document specifies that the upgrading of the refinery’s largest facility  – the isomerisation unit for light gasoline fractions with a unit for the preliminary hydro treatment of raw materials – has been completed.

The installation will increase octane resources and reduce the volume fraction of benzene, which is a carcinogenic substance, in commercial motor gasoline. The commissioning of new equipment has also been launched and is scheduled to be completed by July.

The first modernisation stage includes the establishment of a sulphur production unit with a production capacity of 4,000 tonnes per year. An existing diesel fuel hydro treating unit was reconstructed, and the construction of a pressurised bulk filling plant of light oil products and other facilities of the factory infrastructure was completed.

The project uses modern and advanced refining technologies from the world’s leading companies: UOP from the U.S. and CPE from China. Technip from Italy and Kazgiproneftetrans from Kazakhstan have also worked on the project.

The general contractor of this project is China Petroleum Engineering & Construction Corporation, one of the largest engineering and construction companies in the oil and gas industry.

After the completion of the first stage of the project, the Shymkent refinery will produce only high-octane gasoline and diesel fuel of the K4, K5 ecological classes, which are analogous to Euro-4 and Euro-5 classes. They satisfy the technical regulations of the Customs Union and will reduce vehicle emissions.

Production will continue throughout the modernisation project.