By Aigerim Seisembayeva in International on 7 April 2017

ASTANA – The 12th meeting of secretaries of security councils of the Shanghai Cooperation organisation’s (SCO) member states confirmed the willingness of the organisation to strengthen cooperation in various fields, especially in view of the upcoming accession of India and Pakistan during the SCO Summit in June in Astana. 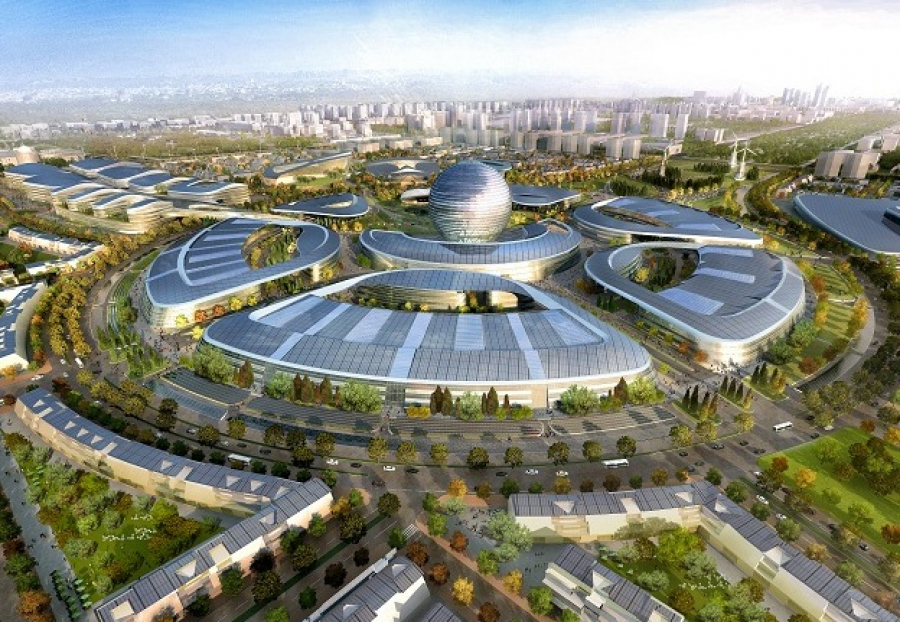 The meeting took place April 6 in Astana within the framework of Kazakhstan’s chairmanship in the organisation and is the first step in the run-up to the SCO Summit June 8-9 in Astana, one day before the official EXPO 2017 opening ceremony.

Security and stability in the region, improving interaction between member states, especially taking into account the expansion of the organisation, were discussed during the meeting. Participants discussed deepening cooperation in tackling modern challenges and threats.

The meeting stressed the need to involve SCO observer states and partners in the activities of the organisation on achieving sustainable peace and strengthening stability in the region. Participants also noted the role of the SCO Regional Anti-Terrorist Structure in ensuring coordination of SCO member states’ activities in the fight against terrorism, separatism and extremism.

The participants of the meeting highlighted Kazakhstan’s work as a non-permanent member of the UN Security Council since Jan. 1 and expressed confidence Kazakhstan will contribute to global peace and security.

Following the meeting, the participants held a press briefing, where Aide to the President – Secretary of the Security Council of the Republic of Kazakhstan Vladimir Zhumakanov stressed that Kazakhstan will continue to promote comprehensive cooperation between SCO member states.

The meeting resulted in the signing of a protocol that defines common approaches to international and regional issues and sets goals for the future.

Receiving the meeting participants, Nazarbayev drew attention to the importance of strengthening the existing mechanisms of cooperation and the regulatory framework of the SCO.

“We empathise with all Russian citizens after the attack in St. Petersburg. This proves that terrorism and extremism have no borders, risks and threats remain. In this regard, the heads of state pay special attention to the work of the secretaries of security councils,” said the Kazakh President.

He also praised the work of SCO member states to strengthen economic and political ties.

In addition, Nazarbayev dwelled on specific tasks the organisation is facing.

“Those include coordinated actions of participating countries on all issues. Currently, the SCO convention on counteracting extremism and the SCO statement on joint counteractions to international terrorism are under consideration. It is necessary to reach an agreement on these documents as soon as possible,” he stressed.

Nazarbayev said India and Pakistan are expected to join as full members of the organisation during the SCO Summit in Astana, which will strengthen cooperation in Asia.

“It is necessary to expand cooperation of the SCO with international and regional structures – the UN, CSTO [Collective Security Treaty Organisation] and CICA [Conference on Interaction and Confidence-Building Measures in Asia]. We believe that this will also affect the further development of the organisation,” he said.

Abdrakhmanov met with Alimov, as they discussed SCO activities, its interaction with the UN and other international organisations, as well as strengthening economic cooperation within the SCO.

The Kazakh foreign minister briefed his guest on the priorities of Kazakhstan’s membership in the UN Security Council, and made a number of proposals to improve SCO activities.

“The organisation is one of the most productive regional structures, it has great potential,” the minister said.

Alimov noted “the growing role of the SCO on the international arena in light of the speedy completion of India and Pakistan’s admission as members of the organisation.”

The SCO Secretary-General also met with Yessimov, where he discussed the progress of preparation for the International Specialised Exhibition and the upcoming SCO Summit.

“This SCO Summit will become historical. Its basic feature is that on June 9 we will have a more powerful organisation,” Alimov said.

Alimov also got acquainted with the progress of construction of the SCO pavilion at EXPO 2017. He noted it was important for the SCO to have its own pavilion in order to demonstrate the contribution of the organisation in environmental improvement and support of ecologic programmes.

During the expo, the organisation will hold an SCO Special Day on Aug. 27.

Alimov also met with the students of the Academy of Public Administration under the President of the Republic of Kazakhstan and spoke before the faculty and students of Nazarbayev University.