By Malika Orazgaliyeva in International on 22 April 2017 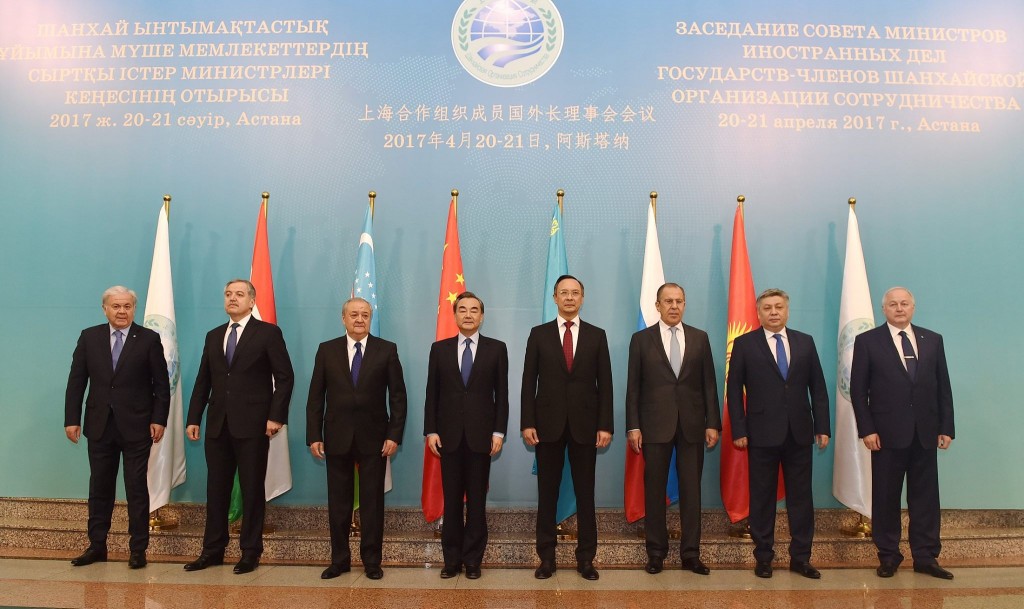 The Council of Foreign Ministers (CFM) agreed on a draft agenda for the Council of Heads of State, which would take place in Astana on the eve of the opening of the Astana EXPO 2017 international specialised exhibition. They also agreed on a SCO Astana Declaration draft and a list of documents to be submitted for signature during the heads of state meeting.

They also discussed the upcoming accession to the SCO of India and Pakistan, which is expected to take place during the Astana summit and to increase the organisation’s international influence and credibility. The group also addressed strengthening regional security, fighting terrorism and extremism, combating drug trafficking and developing cooperation within the expanded organisation.

Kazakhstan has chaired the SCO since June 2016 and Kazakh Foreign Minister Kairat Abdrakhmanov reminded the group of the priorities laid out during the previous head of states meeting by Kazakh President Nursultan Nazarbayev, including strengthening regional security, developing economic cooperation, unlocking transit and transport capacity and deepening cultural and humanitarian ties in the context of the SCO Development Strategy 2025.

Addressing his colleagues from China, Kyrgyzstan, Russia, Tajikistan and Uzbekistan at a meeting that took place at the Kazakh Ministry of Foreign Affairs, Abdrakhmanov also focused on economic and cultural-humanitarian cooperation within the organisation. He noted that SCO representatives will participate in a number of upcoming events in Kazakhstan, including EXPO 2017, the 11th week of education in Astana, Festival of Arts and the SCO Youth Forum themed Development of Green Economy, Tourism and Sports.

The meeting was also attended by SCO Secretary General Rashid Alimov and Director of the Executive Committee of the SCO Regional Anti-Terrorist Structure (RATS SCO) Yevgeniy Sysoyev, among others.

Nazarbayev noted the importance of the ministerial meeting on the threshold of the organisation’s summit in Astana.

“As SCO chairman, Kazakhstan attaches great importance to the upcoming summit of the organisation in June in Astana. Our chairmanship is going on in  a time of complicated processes in the region and in the world,” he said.

Nazarbayev noted a number of issues on the SCO agenda, including increasing efforts to approve the SCO Cooperation Concept on Environmental Protection, sign the SCO Convention on Countering Extremism and adopt the statement on this issue and the anti-drug strategy of the organisation’s member countries.

“The economic and cultural-humanitarian cooperation within the SCO is crucial. One more important issue of the upcoming summit’s agenda is adoption of a decision on finalising the procedure of accepting India and Pakistan to full-fledged membership in the SCO. The adoption of the Astana Declaration, which will define our future plans is planned too,” he noted.