ASTANA – Leading academic and cultural voices met in Astana to discuss the Kazakh President’s goal of shifting written Kazakh from the Cyrillic to the Latin alphabet within 10 years. 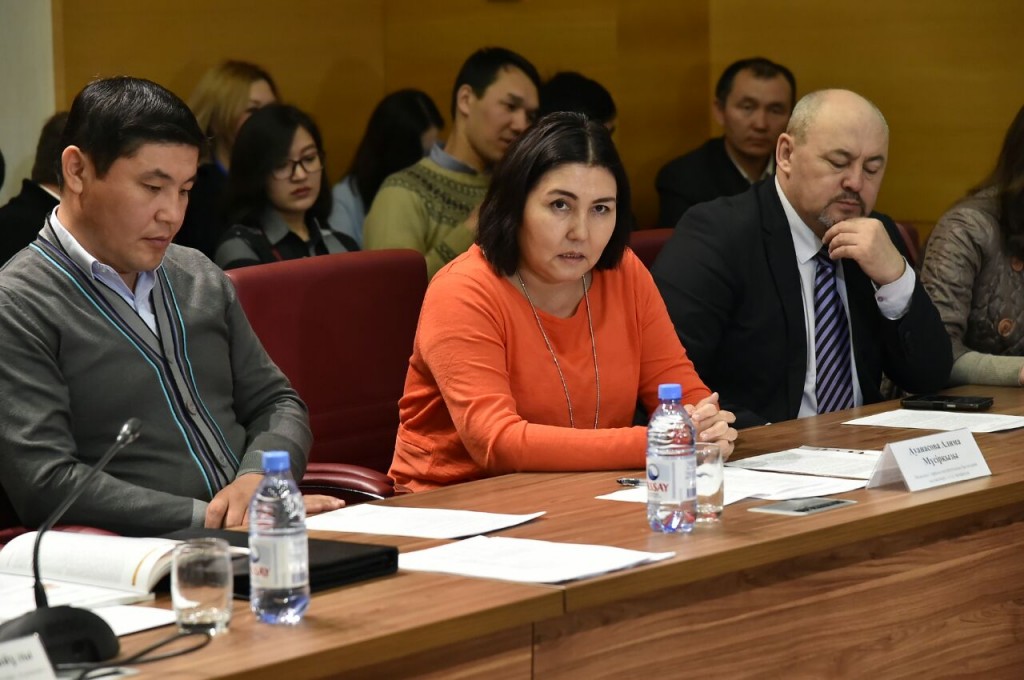 Alima Auanassova (in the middle)

President of Kazakhstan Nursultan Nazarbayev set a target for completing the transition to the Latin alphabet by 2025 in an April 12 article published in official daily government newspaper Egemen Kazakhstan.

“The President’s foresight and vision of the possibilities, his ability to look beyond the horizon, gives us the prospect of further growth. This is the reformist spirit of our state. The transition from the Cyrillic to Latin alphabet is a gradual, objective and logical step,” said Chief Researcher of the Institute of State History Alima Auanassova at the April 15 roundtable on the President’s article, “Course towards the future: modernisation of Kazakhstan’s identity.”

“In Soviet times, during the transition from Latin to Cyrillic, people underwent a very difficult process. Our Kazakh society lost its literacy several times and was re-trained anew. Now many people are concerned with the question of how this transition passes. However, I consider this a necessary step because we must restore our connection with the Turkic people. We are an essential part of the Turkic world. We must convey our history and our culture in Latin records for their better perception,” she continued. 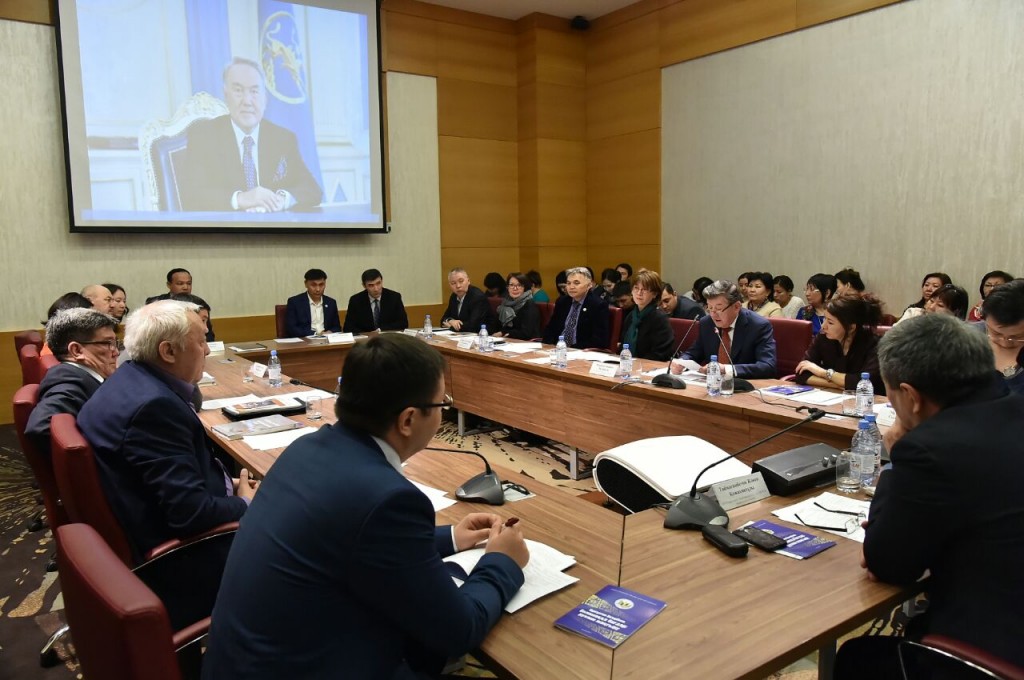 Among the Kazakh experts at the discussion at the National Museum of Kazakhstan were academician Orazak Smagulov, Academic Secretary of the National Academic Library Taldybek Nurpeis, Scientific Secretary of the Museum at the Palace of Peace and Accord Amanbek Mukashev and cultural figure Kuandyk Shamakaiuly. They and other representatives of the scientific community reviewed questions related to the article and coming tasks for its implementation.

In the article, the President outlined main directions for modernising the national identity in the 21st century and shared his vision of becoming a nation of intellectually aware and conscious people.

“The world is beginning a new, largely obscure historical cycle. It is impossible to occupy a place in an advanced group by preserving the previous model of consciousness and mentality. Therefore, it is important to concentrate, change ourselves and take the best of what the new era bears in itself through adaptation to changing conditions,” he said.

“The first condition for a new type of modernisation is the preservation of culture and its own national code. Without this, modernisation will turn into an empty sound. However, this does not mean the preservation of everything in the national consciousness. … The new modernisation should not, as before, look arrogantly at historical experience and traditions. On the contrary, it must make the best traditions a prerequisite, an important condition for the success of modernisation. Without reliance on national-cultural roots, modernisation will hang in the air. I want it to stand firmly on the ground. And this means that we should take into account our history and national traditions,” the Kazakh President outlined.

According to the President, major political and economic transformations should be outpaced by the modernisation of national identity. The major reform project announced two years ago assumes large-scale work to be accomplished by every citizen of Kazakhstan, Nazarbayev believes.

The second part of the article consists of specific tasks, including the gradual transition of the Kazakh language to the Latin alphabet, setting goals for the implementation of new projects to support the humanities, translating 100 of the world’s best educational books in the Kazakh language, and other cultural and literary programmes.