Regional internal migration launched, more than 630,000 jobs to be created this year

By Zhanna Shayakhmetova in Business on 14 April 2017 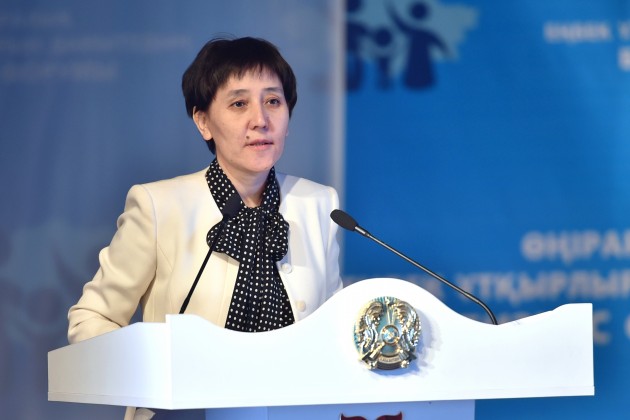 Labour migrants from the Almaty, Mangistau, South Kazakhstan and Zhambyl regions will receive subsidies for relocation and housing rent for one year to move to the Akmola, Atyrau, East, West and North Kazakhstan, Kostanai and Pavlodar regions.

The Productive Employment and Mass Entrepreneurship Development Programme began in the country this year. It provides a number of measures including mass training and inculcating skills in demanded professions and business basics and creates conditions for mass entrepreneurship through loan services, labour market development assistance in employment and labour mobility support.

“We should clearly know in which sectors and regions new jobs will be created to regulate the labour market. Target indicators for creating jobs on projects implemented as part of the state and industrial programmes were set by the ministry in cooperation with the central state bodies and regions. We also signed relevant memorandums with local governors. More than 630,000 jobs are expected to be created which will serve as a reserve for employment of citizens seeking help from the state,” said Duissenova.

A free vocational education will be organised for young people who did not enter educational institutions after graduation. In the programme’s first stage, short-term vocational training courses lasting one-six months will be conducted at colleges, Atameken Chamber of Entrepreneurs educational centres and enterprise training centres.

The Damu Fund will allocate loans for programme participants in the cities, while the Agricultural Support Fund and Agrarian Credit Corporation will provide assistance for village and town residents. The amount of loans granted will increase to 8,000 monthly calculated indices (MCIs) up to 18 million tenge (US$57,474) with a term of up to five years and yearly rate up to 6 percent. Loans with seven-year terms will be granted for livestock and agricultural cooperatives.

A loan guarantee mechanism up to 85 percent for starting entrepreneurs and up to 50 percent for operating ones was introduced at the Agrarian Credit Corporation.

The ministry also believes the labour movement between sectors will identify professions that will become obsolete due to the introduction of new technologies and industries where new jobs can be created as part of the labour market modernisation.

“The movement of labour resources between the regions is of special importance. We not only give the opportunity to learning the profession for free, but also give a choice to find new jobs, hire employers or start business as part of the state initiative,” added Duissenova.

There is also a need to establish and implement joint cooperation between the regions in industry, agriculture, transport and logistics, and trade and services projects.

Memorandums of cooperation regarding labour resources and increasing labour market mobility among the East Kazakhstan, Kostanai, Pavlodar and South Kazakhstan regions were signed as part of the event.

Similar business forums are planned in the near future in the Almaty, Mangistau and Zhambyl regions.