ASTANA – Management of Astana international airport plans to complete construction of a new terminal on May 15 as a part of preparations for Astana EXPO 2017. In the meantime, Qazaq Air is going to buy two new airplanes to increase the capacity of the airport. 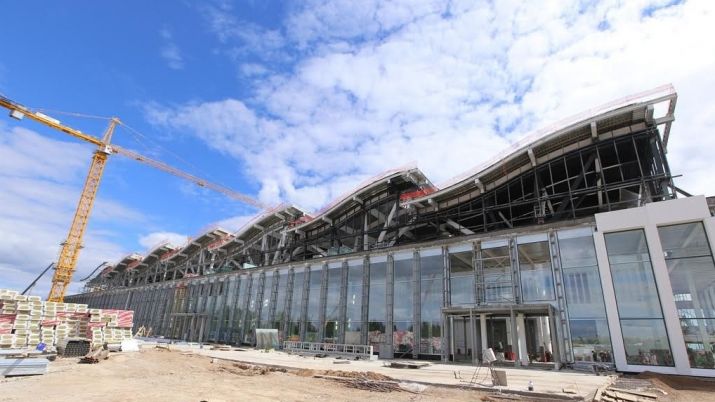 An official opening and putting into operation of the terminal is scheduled for early June. Its area will cover 47,000 square metres, which is twice as large as the existing terminal, which will increase the airport’s capacity from 3.5 to 8.2 million passengers per year, according to the press office of the airport.

The project is being implemented under the Ministry of Investment and Development and will allow increasing a peak carrying capacity of passengers from 750 to 2,000 passengers per hour.

“Within the first year of its operation, the airline company has transported more than 160,000 passengers with three aircraft between the state’s 12 cities,” he said.

Beisengaliyev highlighted that increasing the fleet by two more aircraft is being planned in the short term and according to a business plan to achieve a final cause productive capacity of 450,000 passengers per year.

Head of Department of Civil Aviation Committee of Ministry of Investment and Development Amantai Kokatayev said the new terminal of Astana airport will provide comfortable passenger flows for the next 10 years, Kazinform reports.

In 2015, Kazakh President Nursultan Nazarbayev ordered to start construction of the new terminal of Astana international airport, as well as to reconstruct the runway. The construction is carried out as part of preparations for the EXPO 2017 international specialised exhibition.

Construction on the terminal has been completed and equipment and interior finishing is in progress.