Modern micro district to be built for young families in Taraz

ASTANA – Young families and couples in Taraz will now be able to purchase an apartment in a new residential area with modern infrastructure. The Zhambyl region administration had a look at a master plan and micro district miniature. 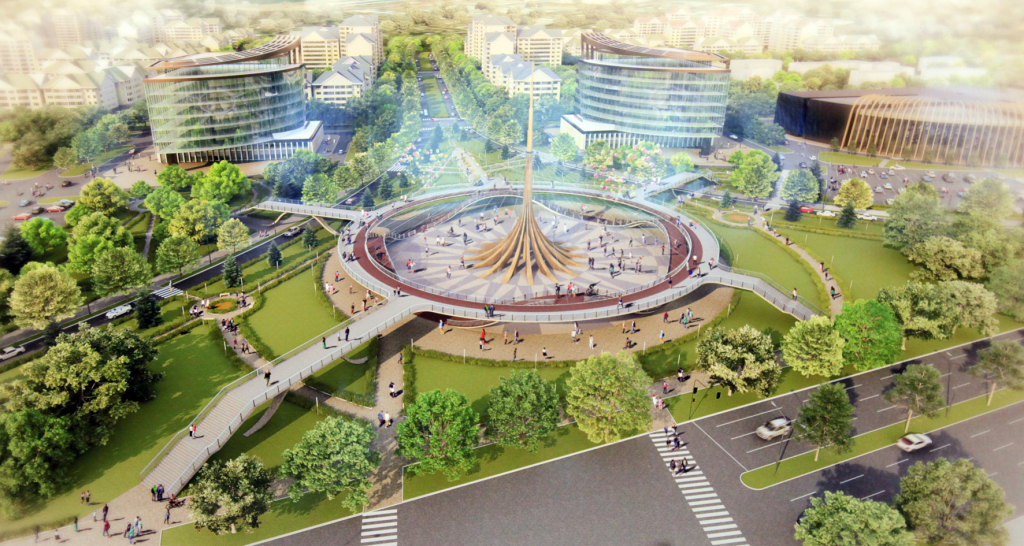 “The residential complex should appear at the entrance to the regional centre from the north, along the Western Europe – Western China international highway. The Taraz city master plan adopted until 2025 includes almost 6,000 hectares of land in the surrounding areas, expanding the city in the northwestern direction, including the coastal part of the Talas River and creating a recreational zone,” according to the city administration’s report.

A new residential area to be located on a ​​100-hectare parcel will become one of the attractive residential spots for young people, according to National Association of Construction Industry chief Mukhit Azerbayev. Housing with yards will be isolated from transit pedestrian flows and public transport. Commercial infrastructure facilities, such as banks, pharmacies, fitness centres and shops, will be located on the first floors of buildings. The design is intended to create a waterfront with rest areas along the Talas River. 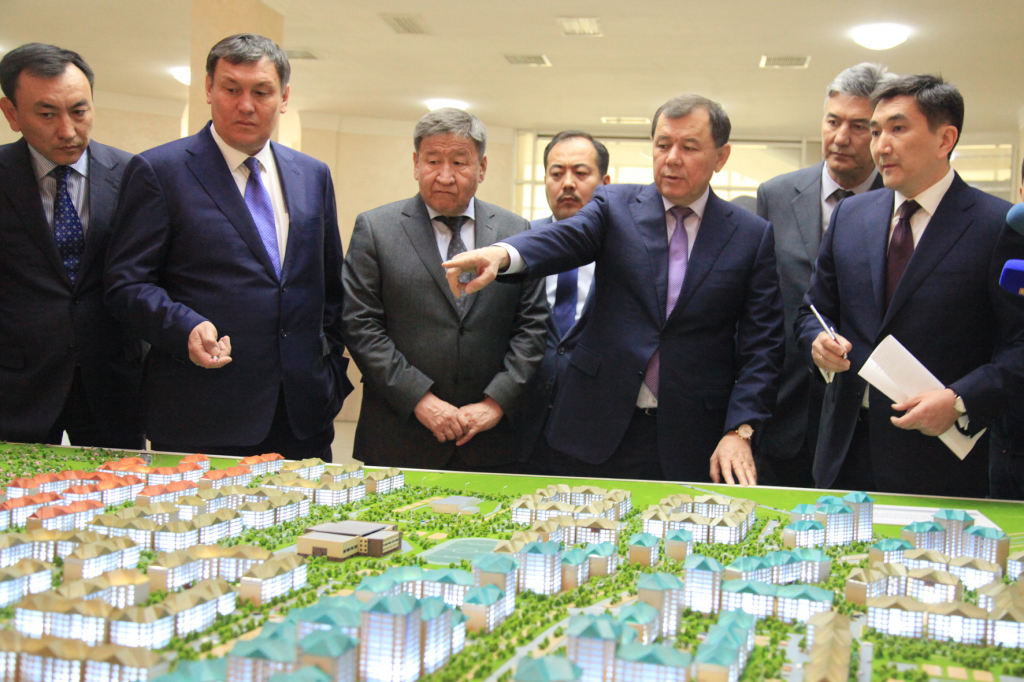 “The eastern entrance to Taraz will be decorated with two nine-storey multifunctional buildings with offices, hotel and restaurants. Shopping and entertainment centres and big-box stores, as well as a supermarket, will be available on the flanks of the residential area. Walking areas and green lawns will appear in the centre. There is a proposal to place a stele symbolising the aspirations of generations to the future, development and progress. At the same time, it will serve as the basis for the hinged screw structure of the junction bridge pedestrian walkway. The upper level will be designed for recreational use and the lower one for bicycle riders, which will ensure security,” said Azerbayev.

The designers have offered to organise a park zone, which will be decorated by the Wedding Palace. The builders will construct two schools for 1,200 students and three pre-schools for 250 children and an additional 177 spots for pre-schoolers will be placed on the ground floors of the residential buildings. The micro district is positioned as a centre for living, leisure and recreation for young people.

“There are plans to build 355,000 square metres of housing with 5,460 apartments in 49 houses. The district is designed for 15,600 people. In addition to residential buildings and educational institutions, residents will be provided with a number of medical facilities, including rehabilitation and diagnostic centres, an oncological dispensary and polyclinic,” said the report. 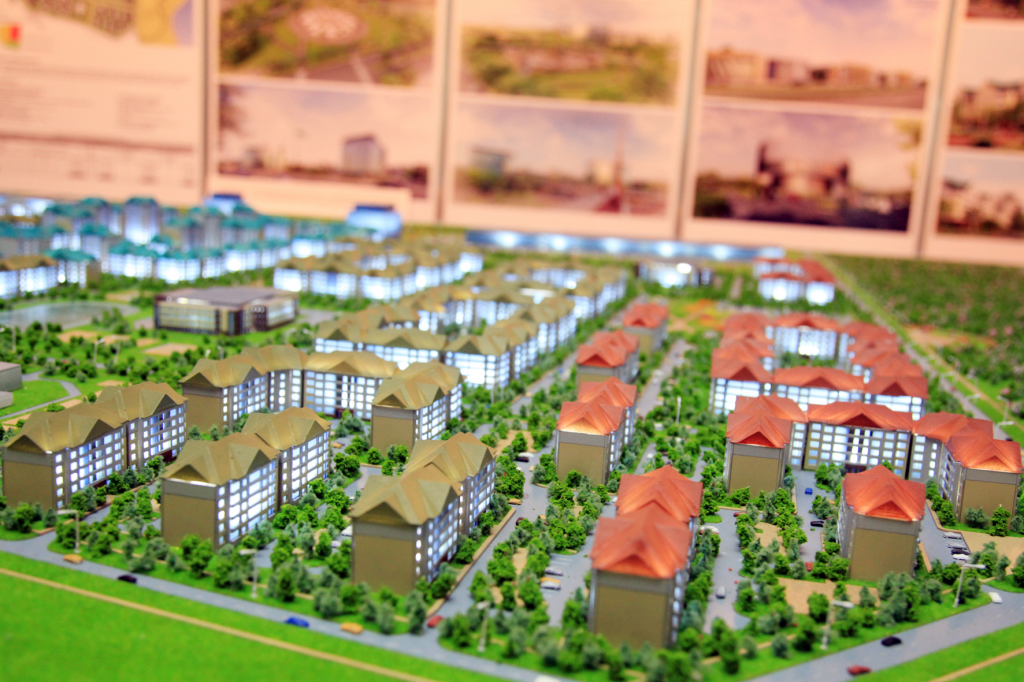 Zhambyl region Akim (Governor) Karim Kokrekbayev has instructed to clarify some of the details and make changes and additions to the project. In addition, he proposed creating a technical council to coordinate comments and work on refinements and proposals. In general, the project received a positive evaluation.

As expected, the ambitious micro district will give the regional centre a new architectural look while solving the problems of population growth and traffic flow.

During the years of Kazakh independence, multi-storey micro districts with the symbolic names Astana and Baiterek have appeared in Taraz. The residential areas have appropriate infrastructure and social facilities.