The country has decided on a strategy: we need a new model for economic growth that will ensure global competitiveness; we need to expand the business environment and improve the conditions for mass entrepreneurship; we need to stabilise economic growth for the long term. What will be Kazakhstan’s response to external and internal geopolitical and economic challenges? Minister of National Economy Timur Suleimenov spoke about the state of the economy here and now and about how the county intends to achieve its goals. 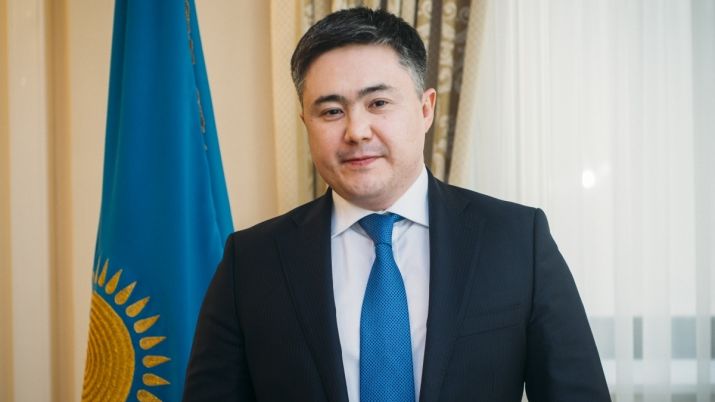 Mr. Suleimenov, what kind of understanding of trends in the world and the national economy has 2016 brought us? What was the beginning of this year like for us and what can you say about the quality of our economic growth?

Let us start with the second part of your question. The figures characterising the results of the year have been mentioned many times, so I will focus only on the main indicators. Thus, annual inflation in 2016 was 8.5 percent compared to 13.6 percent in 2015. Since early 2016, there has been an improvement in economic activity and the indicators of the real sector of the economy. In January and February 2017, gross domestic product growth was 2.5 percent compared to the corresponding period of 2016.

As for the quality of economic growth, it is ensured by growth in agriculture (by 1.6 percent), industry (by 4.5 percent), construction (by 5.3 percent), trade (by 2 percent) and transport (by 3.2 percent). The construction sector continues to grow: the volume of construction work has increased by 5.3 percent due to the implementation of projects through the Nurly Zhol state programme, the Industrialisation Map and housing development programmes. Investment activity also supports the positive pace of economic growth: according to recent figures, investment volumes in January and February 2017 has increased by 11.3 percent.

As for trends, the shocks on global raw materials markets, like the transition to a new economic reality, are just some signs of rapid and irreversible change in the world. Our economy cannot be unaffected by issues of the global economy and geopolitics that have occurred or are taking place here and now. And the year 2016, as well as the two previous years, was rather complicated for Kazakhstan. We looked for ways to adapt to new external and internal conditions.

Nevertheless, we are not just observers, we see and evaluate the trends of the economy’s digitisation and the automation and robotisation of production. We want to have accelerated development, but we are restrained by high dependence on the raw materials sector and yet-low rates of technological modernisation in most industries, due to insufficiently active involvement of new technologies in production. This also includes the still-wide participation of the state in regulating business processes.

We need to radically improve the institutional and business environment; we need to create conditions comparable to the level of developed countries for the effective development of human capital. All this requires a pragmatic approach. And our choice is the third modernisation of Kazakhstan declared by the head of state in his address to the people of Kazakhstan. We have to create a new model of economic growth in a short period of time.

Kazakhstan’s national debt, its absolute and relative value compared to GDP, is also of interest, isn’t it? It is especially important in light of the upcoming changes in the institutional and practical implementation of economic innovations. How big is the national debt and why is it growing?

Compared to early 2016, the national debt increased by 2.4 trillion tenge ($7.7 billion) – from 9 trillion ($28.7 billion) to 11.4 trillion ($36.4 billion), mainly due to an increase in the domestic debt of the National Bank by 252.3 billion tenge ($805.4 million). This was caused by the implementation of the monetary policy through issuing notes of the National Bank, as well as the development by the government of loans on existing credit lines attracted from international financial organisations (IFOs) and the attraction of government loans from themselves to finance the deficit of the national budget.

As a rule, ministers of the financial and economic sector, when answering questions about the external debt of Kazakhstan, sharply differentiate between government debt and the debt of the quasi-public sector. Tell us about the latter – how large is it?

That is an absolutely correct differentiation. In general, the presence of national debt is evidence that the economy is developing: the country borrows from foreign markets for development. As I have said, 25 percent of GDP is a safe level of national debt.

Now, the aggregate debt of the three main entities of the quasi-public sector – the Samruk Kazyna National Welfare Fund and the KazAgro and Baiterek national managing holdings – is 13.3 trillion tenge ($42.5 billion), or 29.1 percent of GDP, of which the foreign debt is 7.3 trillion ($23.3 billion), or 15.9 percent of GDP.

Of course, the government has developed and implemented measures aimed at restraining the growth of national debt and the debt of the quasi-public sector. Let me point out that the concept for the formation and use of the National Fund Resources introduces a limit on the amount of government debt and foreign debt of the quasi-public sector, which should not exceed the size of the currency assets of the National Fund. As of Jan. 1, 2017, it accounts for $61.2 billion, or 44.6 percent of GDP.

In addition, the law on the national budget annually sets limits on the government debt. For example, in 2017, this limit amounts to 11.2 billion tenge ($35.8 million). The same applies to granting state guarantees and the debt of local executive bodies.

And since the costs of servicing and repayment of the government debt should not exceed 15 percent of the revenues of the national budget, a restriction will be imposed on the borrowing of the quasi-public sector. That is, the holdings will be obliged to coordinate the volume of external and internal borrowings with the government.

The component of the national debt in GDP that you have mentioned – 25 percent – could be considered scanty if we had a clearly diversified economy. We do not have such an economy – is that why it is so difficult for us to see this level of national debt as low?

We are coming to the end of a cycle of high prices for raw materials and, accordingly, ultra-high rental income. The world, as you see, is moving from hydrocarbons to renewable energy sources. In Kazakhstan today, the pace of modernisation of the economy and the development of different technologies, including the use of renewable energy resources, is not high. Therefore, in order to prevent structural changes in the global economy from leading us to significant costs and becoming an obstacle to productivity growth, we will create new industries at the junction of traditional sectors and the services sector. The technological re-equipment of basic industries will increase labour productivity growth by 1.3 times by 2020.

The purpose of implementing the third modernisation in the country is to create a completely new, non-commodity economic model.