By Anuar Abdrakhmanov in Sports on 11 April 2017

ASTANA – Kazakhstan’s hockey team is getting ready for the division one World Championship Division One tournament, which will be held in the capital of Ukraine, Kiev, April 22-28. The team of coach Eduard Zankovets will compete against teams from Austria, Poland, South Korea, Hungary and Ukraine. The best two teams will go through to the top division. 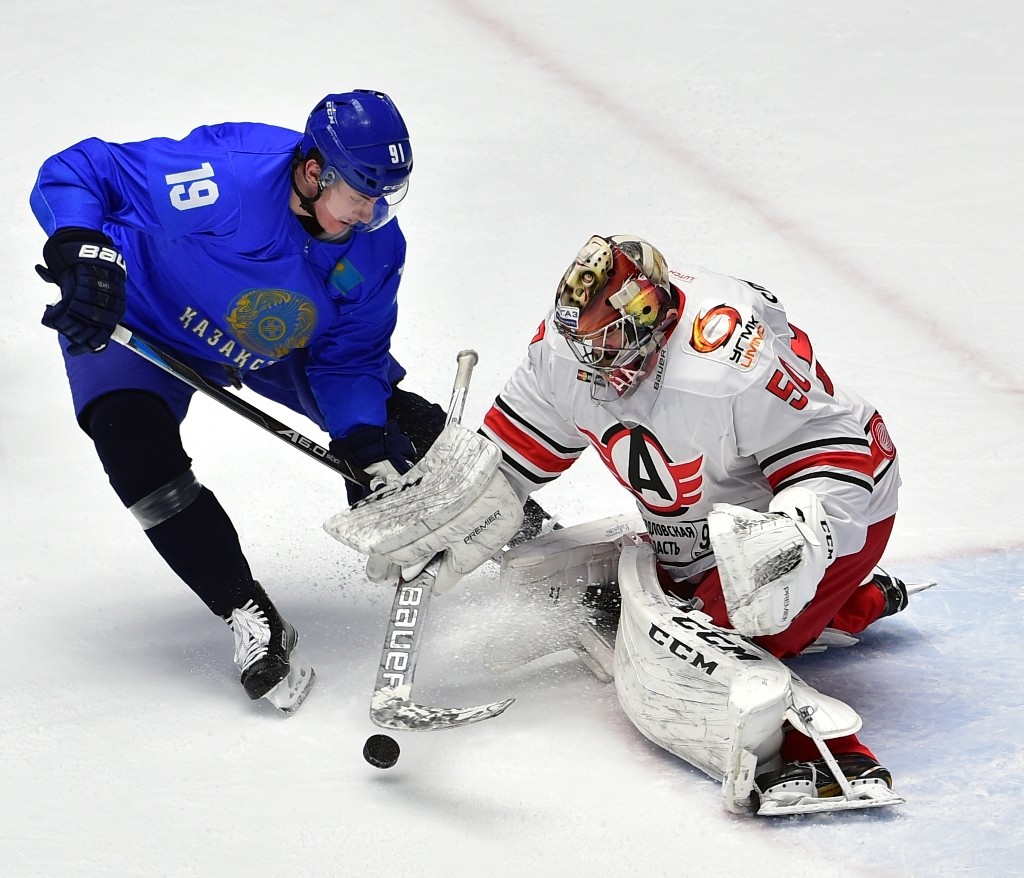 The team played two warm-up matches with the Automobilist team as part of their preparations. The first match ended in a 1-0 win by the visiting team. The naturalised foreigners did not participate in this match. The second match was won by the home team, whose player Maxim Khudyakov scored two goals. However, as Zankovets noted, the results of the matches are not the most important thing. 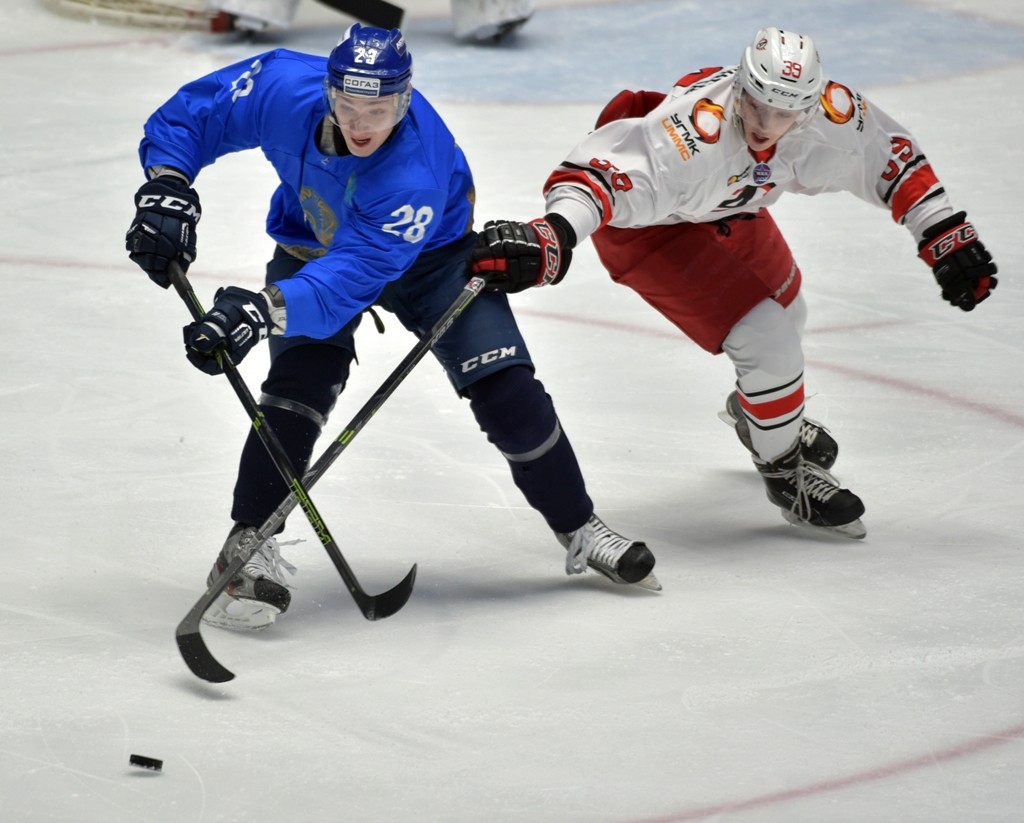 “The most important thing is to check the candidates for the national team. Basically, we have a competition for a place in the third and fourth lines. It is these two matches that should give us an answer to the question: who deserves to get into the line-up. Moreover, the team is in the training process, which means some pressure, and this should have given the guys additional game practice,” the head coach said.

Another foreign player of Barys, Marten Saint-Pierre, took part in the second game. He most likely will also receive Kazakhstan citizenship and play at the World Championships. The main goalkeeper, according to the head coach, will be Vitaly Kolesnik.

Team Kazakhstanis one of the favourites of the upcoming tournament. However, too much confidence can play a low-down trick and prevent Zankovets’ team from winning first place. 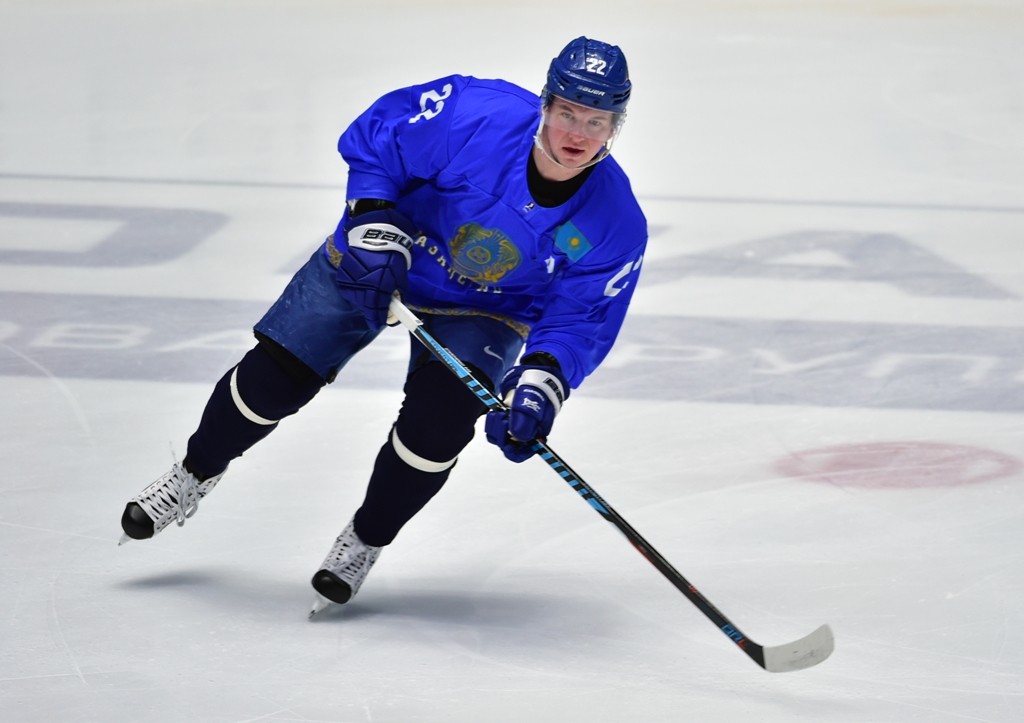 “Let’s play and see. One thing we know for sure is that it won’t be easy. We should prepare hard and shouldn’t relax even at that level. Some might underestimate opponents, I just know how it happens, as I’ve been at such championships. I understand that if you don’t have the mindset, you can lose to absolutely any opponent,” said defender from Kazakhstan’s national team Maxim Semenov.

According to the head coach of Kazakhstan’s national team, they will have very difficult matches. “Kazakhstan is one of the favourites. Moreover, there are such good teams as Austria, Hungary, but at the same time, let’s not forget that any other team can give us a surprise, including the home team, Korea. So we will need to train really hard,” said Zankovets.

Kazakhstan’s team will go to Slovenia soon to have a warm-up match with the national team of that country, then to Italy, where they will also play a test match. The World Championship Division One Group A matches will be held in Kiev April 22-28.