ASTANA – Kazakhstan, Azerbaijan and Georgia signed a protocol April 1 confirming the regulations on membership in the Legal Entities Union and the composition of the working group on the development of a transport route and its action plan for 2017 at the meeting of the Trans-Caspian International Transport Route (TITR) Association’s Legal Entities Union in Baku. 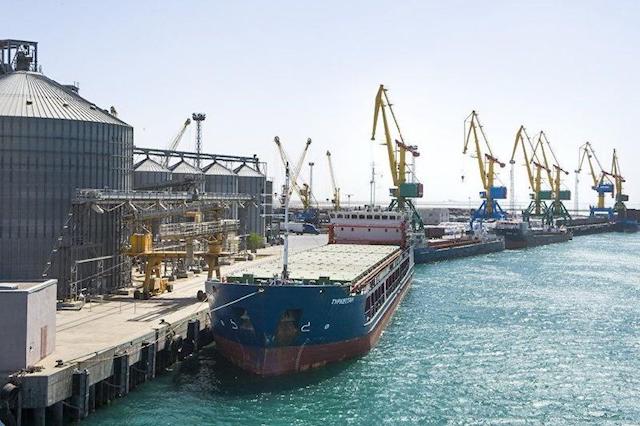 President of Kazakhstan Temir Zholy (KTZ) Kanat Alpysbayev said Kazakhstan plans to export more than 450,000 tonnes of gas and oil using the new Kuryk port through Azerbaijan and Georgia before the end of the year. Officials are also discussing opportunities to transport transit cargo, such as raw sugar up to 150,000-200,000 tonnes, to Uzbekistan before the end of the year through the Kuryk Port, according to the KTZ press office.

The TITR was established to provide transport connections between the East and West of Eurasia, transporting goods from China through Kazakhstan, Azerbaijan, Georgia to Europe via Turkey and Ukraine. The association aims to attract transit and foreign trade cargo, focusing on the development of integrated logistics products.

In October 2016, Kazakhstan, Azerbaijan and Georgia signed an agreement to establish the TITR Association with its office in Astana, the capital of Kazakhstan.

In February, heads of Kazakhstan Temir Zholy and O’zbekiston temir yo’llari (Uzbek railways) discussed the opportunities of an Uzbek export and import operation using the Kazakh ports of Aktau and Kuryk and the Trans-Caspian international transport route.

In October 2016, Poland’s railway operator PKP LHS became a member of the Coordination Committee of the TITR.