By Anuar Abdrakhmanov in Sports on 11 April 2017 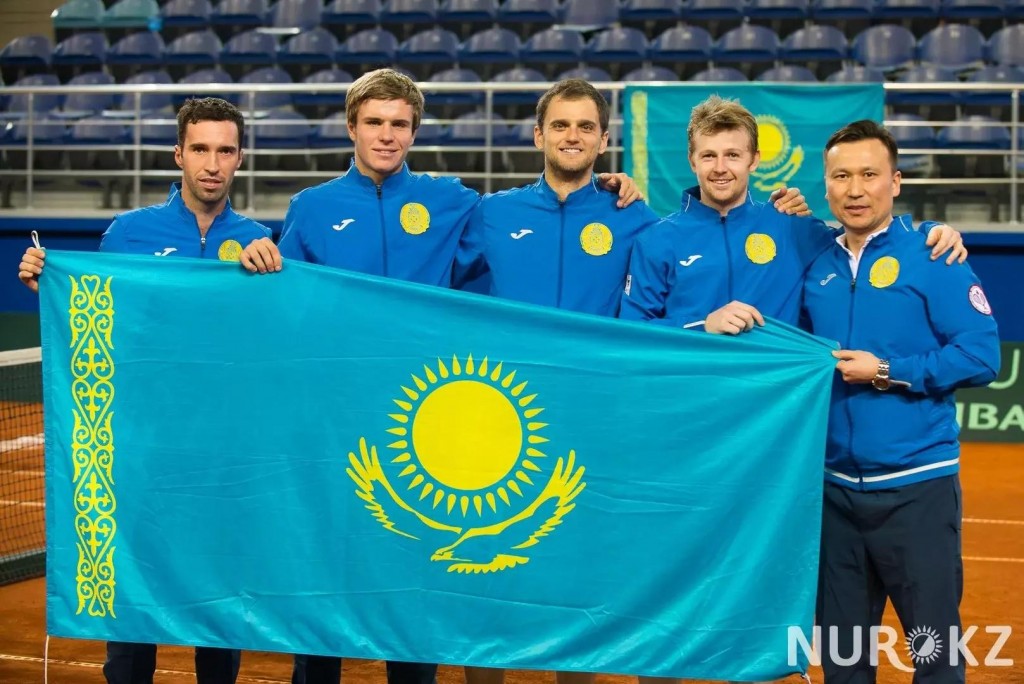 Kazakhstan was favoured going into the match as China has never played in the World Group. The Chinese team got the chance to play against Kazakhstan thanks to a 5-0 win over Taipei.

“I think every team in the Davis Cup is a serious opponent, because representing a whole country at such a high level is a great honour and responsibility. That means every player from the opponent teams that will enter the court will be ready to defeat Kazakhstan in Astana. Everyone will undoubtedly fight for the win,” said Kazakh team captain Dias Doskarbayev.

However, Kazakhstan’s experience paid dividends the first day. In the first single match, Mikhail Kukushkin took a confident win over Di Wu of China with a score of 6:2, 3:6, 6:3, 6:2 and brought the Kazakhstan’s team up.

The next player at the court of the National Tennis Centre in Astana was Dmitri Popko, who had his debut in the Davis Cup. This talented and promising player has been talked about for several years, but only this year is he representing the country in such an important match. It was a tough one but Popko beat China’s strongest player 6:3, 6:4, 7:5. After the first day, Kazakhstan led the match2:0, and just one more win was enough to secure a place in the Davis Cup World Group playoffs.

This happened on the second day during a doubles match featuring Kazakh players Andrei Golubev and Alexander Nedovesov. The beat Chinese opponents Yan Bai and Mao-Xing Gong 3:6, 6:1, 5:7, 6:1, 6:3 in a tense match that lasted more than three hours. Kazakh tennis players achieved the main goal of returning to the elite of world tennis.
The doubles match between China and Kazakhstan was decisive, and many fans came to support the team and give the home team an edge.

“This match can be compared to a thriller movie. It was very tough. Andrei and Sasha didn’t start the match well, but their stiff characters helped to win and get through to the Davis Cup World Group playoffs. ,” Doskarayev said.