By Aigerim Seisembayeva in International on 28 April 2017

ASTANA – Kazakh Foreign Minister Kairat Abdrakhmanov visited Qatar, Saudi Arabia and Kuwait April 23-26 to invite their heads of state to participate in the Sept. 10-11 Organisation of Islamic Cooperation (OIC) on Science And Technology Summit in Astana, as well as to advance bilateral relations and to discuss the efforts to put an end to the Syrian conflict. 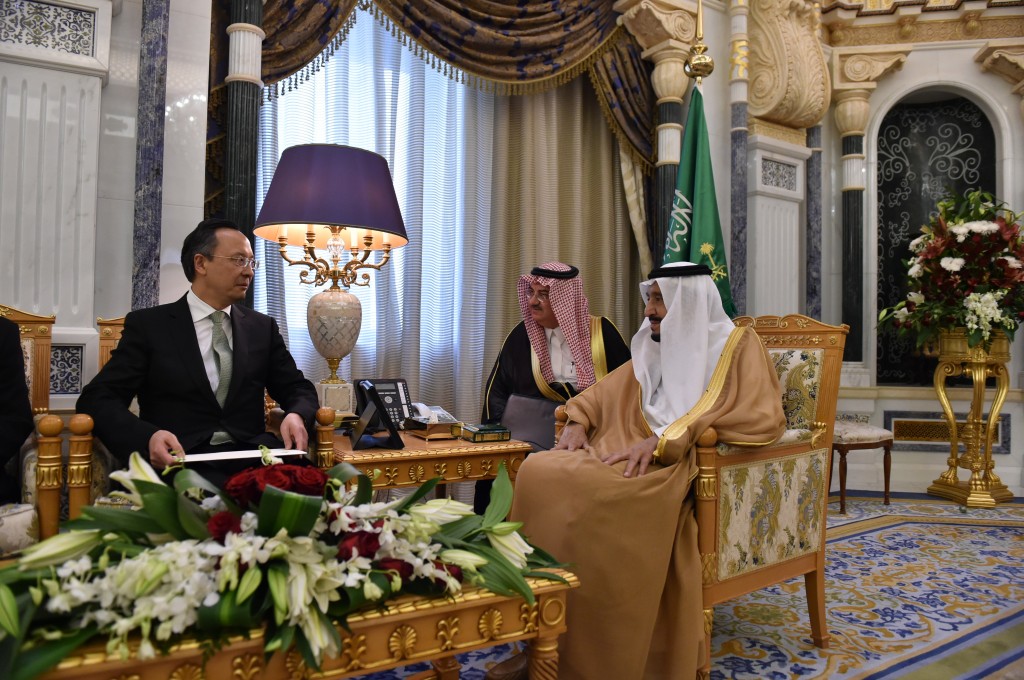 According to the Kazakh foreign ministry, in Doha, Abdrakhmanov was received by invited Emir of the State of Qatar Sheikh Tamim bin Hamad Al Thani on April 23 and conveyed to him President Nursultan Nazarbayev’s personal invitation to the OIC summit in Astana, noting Qatar’s contribution to science and technology in the Islamic world and beyond. They also discussed Qatar’s preparations for EXPO 2017 and Qatar’s experience developing green technologies.

The Emir and the foreign minister also discussed international issues, including Syria and the possibility of including more Arab world countries in the Astana Process which seeks to put an end to hostilities there in support of the Geneva process on the political settlement of the confict. The minister also briefed the Emir on Kazakhstan’s priorities as a non-permanent member of the UN Security Council.

At a meeting with the Minister of Foreign Affairs of Qatar Mohammed bin Abdulrahman Al Thani, Abdrakhmanov noted that most of the agreements reached during the Emir’s visit to Astana in January 2014 and President Nazarbayev’s visit to Doha in October 2015 have been implemented. 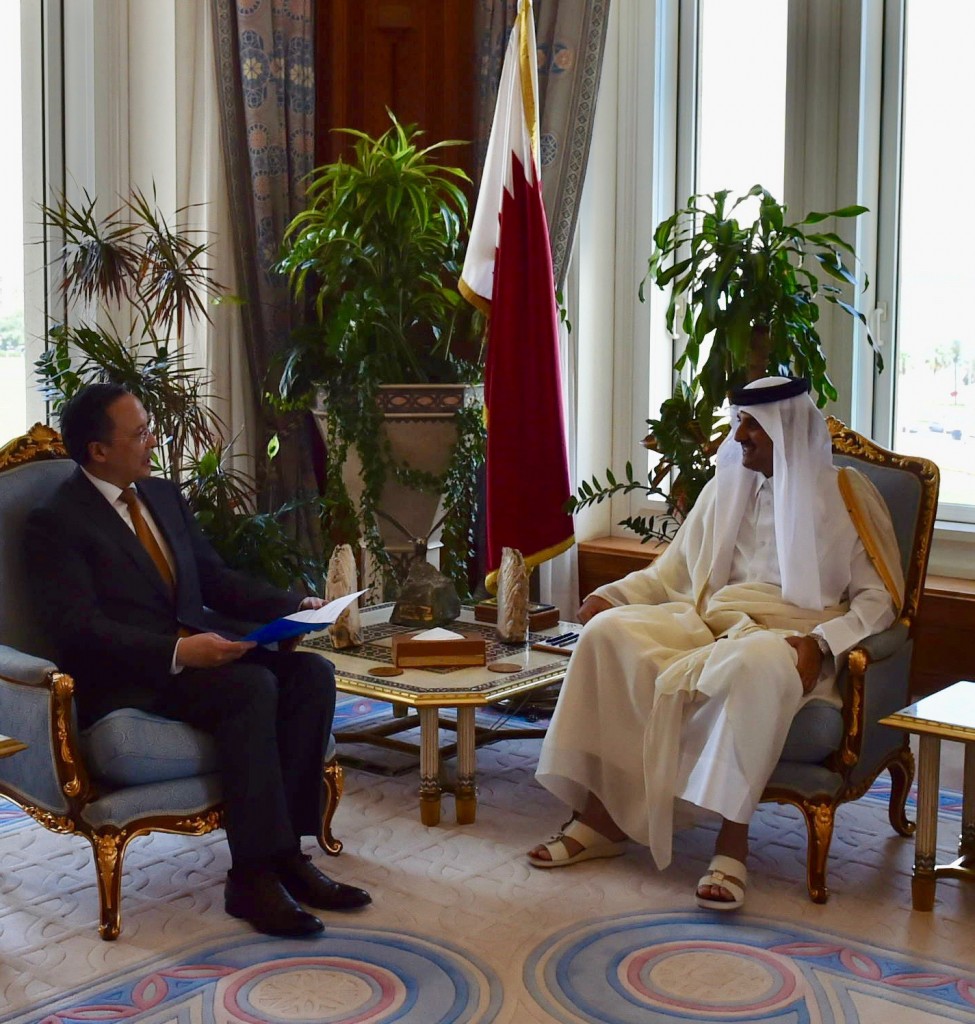 The sides discussed cooperation in fighting terrorism and halting the spread of extremist ideologies. Abdrakhmanov also thanked Qatar for supporting the Congress of Leaders of World and Traditional Religions in Astana.

The parties expressed a desire to continue cooperation in all areas, including trade, transport and logistics and noted preparations are being made for the fifth meeting of the high-level Kazakhstan-Qatar commission and the first Kazakhstan-Qatar business forum in Astana. They also noted developing cooperation between the Central Bank of Qatar and the Astana International Financial Centre (AIFC), including introducing Islamic financial instruments in Kazakhstan. The Qatari side also expressed interested in the programme of privatisation of state assets in Kazakhstan.

Abdrakhmanov was received by King of Saudi Arabia Salman bin Abdulaziz April 26 in Riyadh and presented to him President Nazarbayev’s invitation for the OIC Summit. Abdrakhmanov said the participation of the King, not only as the Custodian of the Two Holy Mosques, but also the leader of one of the Islamic world’s largest countries that allocates significant funds for the development of scientific research and education, will be an important contribution to the successful holding of the summit.

King Salman thanked Abdrakhmanov for the invitation and said he would consider it carefully. He also stressed that Saudi Arabia regards Kazakhstan as a close and important state, and that the relations between the two countries need to be developed and strengthened.

The Saudi King noted the importance of the Astana process for establishing peace and security in Syria and welcomed the contribution of President Nazarbayev and Kazakhstan to international efforts in this direction. 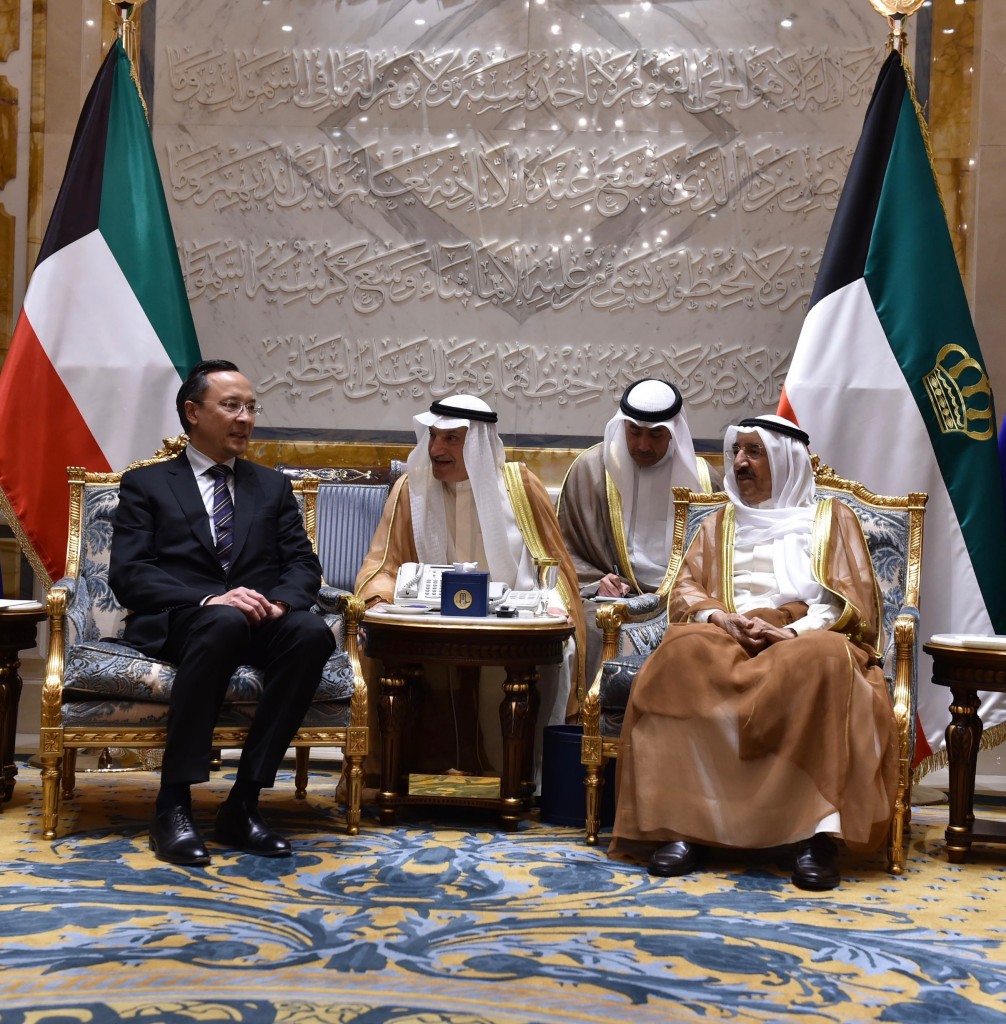 “President Nazarbayev’s official visit to Riyadh on Oct. 24-25, 2016, opened a new page in bilateral relations, and we believe that our ties will continue to grow and strengthen,” Abdrakhmanov said at a meeting with the Saudi foreign minister. In this regard, he discussed the implementation of agreements reached at the highest level.

Kazakhstan appreciates close cooperation with Riyadh within the United Nations, the OIC and other international and regional organisations and is grateful for Saudi Arabia’s support in establishing the Islamic Organisation for Food Security with its headquarters in Astana, said Abdrakhmanov.

The Kazakh foreign minister informed the Saudi side about Kazakhstan’s activities on the UN Security Council and the course of the Astana Process. They discussed Riyadh’s contribution to the Syrian settlement process.

Abdrakhmanov also noted the importance of the joint declaration by President Nazarbayev and Turkish President Recep Tayyip Erdogan “On Islamic Reconciliation” presented at the OIC Istanbul Summit in April 2016 and supported by Saudi Arabia.

Saudi and Kazakh officials also discussed bilateral trade and investment cooperation and named petrochemicals, the peaceful use of atomic energy, agriculture and infrastructure projects as the most promising sectors. These directions are outlined in the working programme of cooperation between Kazakhstan and Saudi Arabia for 2016-2017. Preparations are currently underway for the fifth meeting of the intergovernmental commission for cooperation in Astana.

Abdrakhmanov thanked Saudi Arabia for participating in EXPO 2017, reminding that the Saudi pavilion will be among the event’s largest.

“We hope Saudi business circles will take active part in this most important event of a global scale,” he said.

In Kuwait, Abdrakhmanov was received by Emir of the State of Kuwait, Sheikh Sabah al-Ahmad Al-Sabah to whom he also passed the invitation to the summit, stressing that Kuwait is a constructive force in a complex region and provides significant political and financial support to international peacekeeping and humanitarian initiatives. The Emir thanked Kazakhstan for the invitation and noted Kuwait will be represented at a high level. He also said Kuwait would be a reliable partner in the implementation of Astana’s peace initiatives. Both countries are actively working to create an atmosphere of peace and security in order to resolve conflicts not by military means, but through peace initiatives, humanitarian assistance and political processes.

Abdrakhmanov also met First Deputy Prime Minister – Foreign Minister of Kuwait Sheikh Sabah Al-Khalid Al-Sabah and confirmed the countries’ similar commitments to openness, moderation and tolerance in domestic, regional and global politics. The parties discussed cooperation within the United Nations and Kuwait’s candidacy for membership on the Security Council for 2018-2019.

Al-Sabah welcomed the peaceful initiatives of President Nazarbayev and noted the growing importance of the Astana platform in helping resolve conflicts, including in Syria.

Abdrakhmanov thanked the Kuwaiti head of state for being among the first member states to ratify the Charter of the Islamic Organisation for Food Security and for contributing $10 million to the creation of the International Low Enriched Uranium Bank in Kazakhstan under the auspices of the International Atomic Energy Agency (IAEA). He expressed support for Kuwaiti efforts to resolve the conflict in Yemen.

The sides also stressed the importance of expanding bilateral trade and economic cooperation, noting the first investment of Kuwaiti private business into the Kazakh service sector. They also noted the potential to establish cooperation in the oil and gas sector and develop tools for Islamic finance. They also discussed preparations for the fourth meeting of the Kazakhstan-Kuwait Intergovernmental Commission.