Kazakh farmers face challenges in production and exporting wheat, yet opportunities are vast

ASTANA – The demand for Kazakh wheat will fall in the near future, said Nurlan Dautkanov, an expert in the field of industrial wheat processing, mainly because importing countries are gradually moving away from grain dependence to ensure their food security. 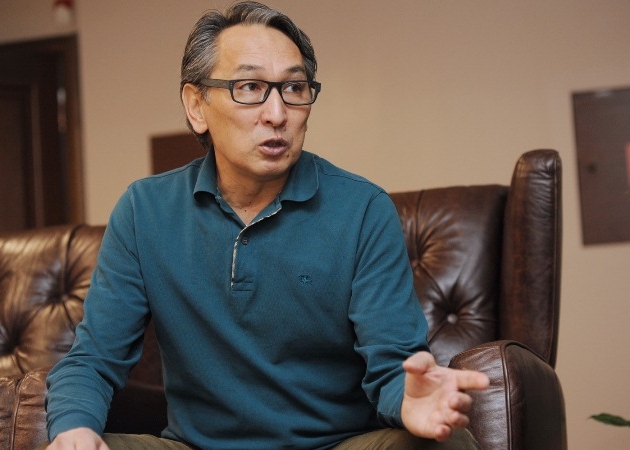 For Kazakhstan, a country that was considered the largest grain exporter even in the Soviet Union, the fall in demand for wheat means stalling the grain industry on the whole, he said in a recent interview with kapital.kz.

Although last year the Ministry of Agriculture registered a record high level of harvested grain crops in the past 25 years (23 million tonnes, 1.4 times more than in 2015), this year he chose not to make forecasts.

“Kazakhstan’s export potential has significantly decreased over the past few years. The demand for our wheat from many partner countries has decreased. This is because the traditional importing countries are trying to provide themselves with grain at the expense of their own labour, thereby reinforcing food security,” said Dautkanov. “One of the world’s largest producers of wheat is China. The country consumes more wheat than it grows and still has a huge strategic fund. For comparison, on average, out of the 17 million tonnes of wheat grown by Kazakhstan, only one-third goes to domestic consumption; the rest is exported.”

“In general, if we talk about China, they are very competent and are scaled fit to everything, especially to the agricultural sector. If Kazakhstan reviews some government programmes for a year and then starts implementing them, which may take another few years – in China everything is different. If the Chinese Ministry of Agriculture plans to introduce new technologies or sectoral programmes, they are implemented immediately, with agro-technology at a high level. For comparison, in the mid-to-late 1980s from one hectare of land, the Japanese received six times more wheat than the Americans; the Chinese got twice as much as the Japanese. I suppose, at present, the Chinese are also at the top of wheat production from one hectare,” he added.

Some countries will not be able to completely refuse Kazakh grains, according to the expert.

“Not all importing countries can completely abandon our grain and flour, but many try to reduce their dependence – which makes sense. Kazakh companies stopped diversifying the grain business at flour and pasta production. But the consumers know that there are other sources of grain in the world, not only in Kazakhstan, so they conduct a measured trade.

Recently, the President of Azerbaijan ordered implementing a programme of self-sufficiency with wheat, some time before Uzbekistan, Turkmenistan, Iran and others did the same. Do not forget about Russian and Ukrainian exporters who have access to seas,” he said.

Dautkanov noted there are about 15 million hectares of arable land, but a lot of those are used inefficiently.

“There were no problems with the lack of funds; we have various measures of state support. The only problem is management, or rather the lack of a systematic approach. Many local managers are not fully aware of the obligations imposed on them, limited only to the agronomic component, or the production of flour. The second problem is the low-quality preparation of technical and engineering specialists. About 80 percent of graduates of technical and agricultural universities do not know the subject. Another problem is that universities and colleges do not have state orders for training a specific number of specialists in certain specialisations. This also applies to grain processing. As a result, we come to the fact that some specialists with red diplomas of higher education work as vendors at bazaars. There were cases when European or Chinese grain processing equipment was purchased, but the technologists did not know how to work with it,” he said.

“Two wheat processing plants have been built in Kazakhstan – the joint stock company (JSC) BM and JSC BIOHIM both produced alcohol. The first plant produced vodka; the second, fuel alcohol (bioethanol) and biobenzines. Both plants also produced gluten – a protein complex of wheat grain, which has a high margin. Unfortunately, neither is operational today, although several companies are interested in BIOHIM, including KazMunaiGas (KMG). KMG wants to produce gasoline of Euro-4 and Euro-5 standards where bioethanol is added to reduce the emission of carbon monoxide and increase the octane number of the fuel,” he added.

Eleven projects have been announced which are aimed at processing wheat into starch products.

“According to my information, two or three such projects will be launched in the North Kazakhstan region: two in the Kostanai region, three or four in the Akmola region and two in the Almaty region,” said Dautkanov.

He added not all companies would want to solely produce alcoholic products.

“Wheat processing allows obtaining glucose, fructose, maltose syrups and other starch products. But the syrup market is currently shrinking, because many producers of lemonades use either sugar or synthetic substitutes, as they’re cheaper than glucose syrups and the dosage of a sugar substitute is easier to control. Starch itself is a ready-made product and raw materials for deeper rework, such as organic, lemon, lactic and acetic, for instance, and amino acids such as lysine, methionine, tryptophan, et cetera, and various biopolymers,” said Dautkanov.