By Aigerim Seisembayeva in International on 25 April 2017 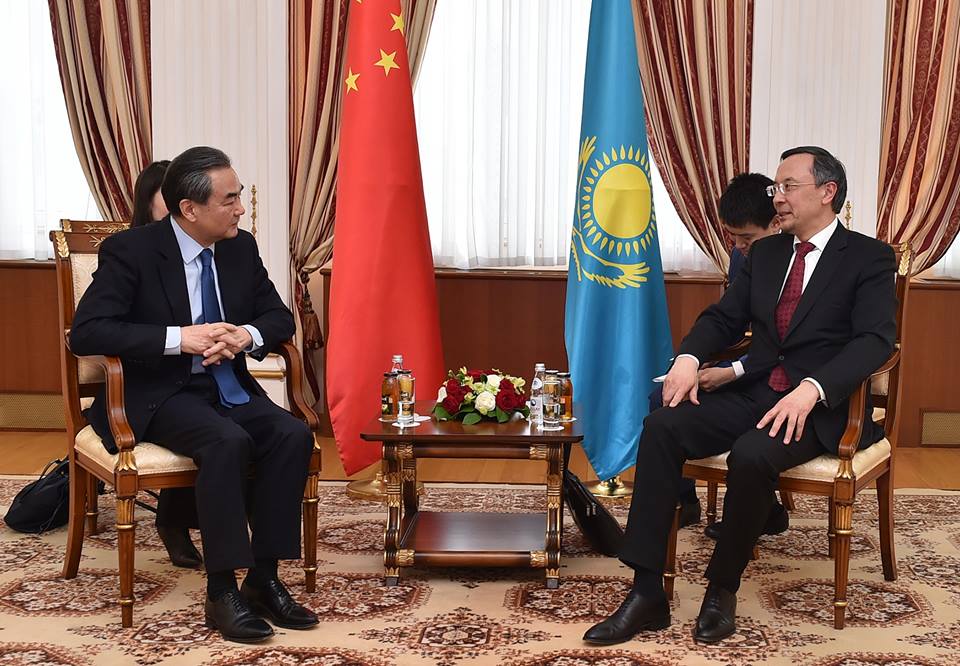 They discussed cooperation in politics, trade, the use of transboundary water resources and consular issues. They also stressed the importance of dialogue.

“Our meeting confirms the high level of Kazakh-Chinese cooperation. This year we celebrate the 25th anniversary of the establishment of bilateral diplomatic relations. Over these years, cooperation between our countries has been developing in the direction of steady growth and strengthening. In many respects, this became possible due to regular contacts of the heads of our states,” Abdrakhmanov said, according to the Kazakh foreign ministry’s press release.

The ministers also discussed preparations for President Nursultan Nazarbayev’s participation in the May 14-15 One Belt One Road International Forum in Beijing and Chinese President Xi Jinping’s June 7-9 visit to Astana. Both presidents will participate in the June 8-9 Shanghai Cooperation Organisation (SCO) Summit in Astana.

Wang Yi said he believes bilateral cooperation will continue and that personal friendship, regular contacts and mutual trust between the leaders of the two countries are important.

“Under the leadership of President Nursultan Nazarbayev, the Kazakh people have embarked on the path of sustainable growth and sustainable development, the country is carrying out important reforms and is keeping pace with the times,” the Chinese minister said.

The ministers agreed to meet regularly to discuss Kazakh-Chinese bilateral cooperation and international affairs, including Kazakhstan’s non-permanent membership on the UN Security Council for 2017-2018. They also agreed to develop cooperation within the Conference on Interaction and Confidence-Building Measures in Asia (CICA).