By Kamila Zhumabayeva in Nation on 26 April 2017

ASTANA – For the past several days, Kazakhstan has been struggling to control floods and high water in several regions. Some 2,000 homes have been flooded across the country, Kazakhstan’s minister of internal affairs informed during governmental session. 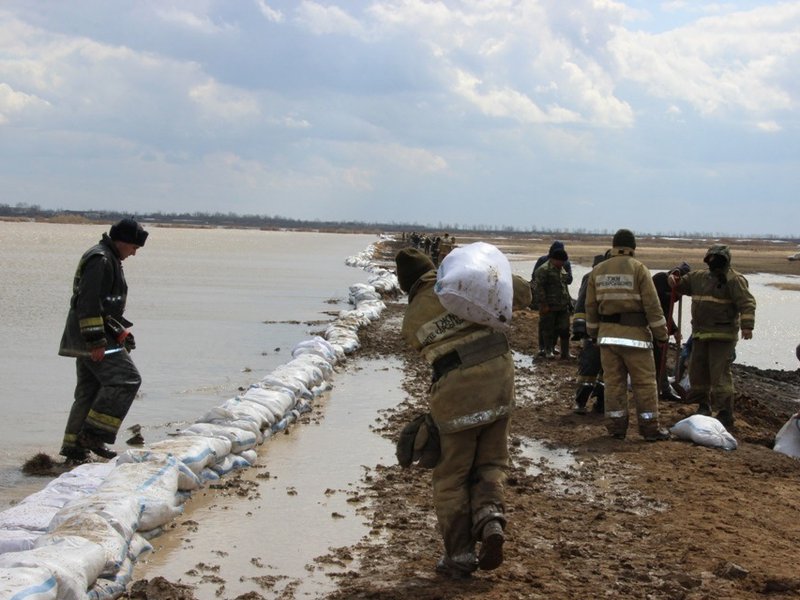 “Life-sustaining activity was disturbed in 52 populated places in the Karaganda, Akmola, North Kazakhstan, Kostanai, Pavlodar, Aktobe and East Kazakhstan regions, where 1,949 houses were flooded … A severe situation was observed in the Akmola region, where 893 houses in 26 populated places were flooded and 2,418 people were evacuated,” Minister of Internal Affairs Kalmukhanbet Kassymov said, today.kz reported.

A second flood wave hit Aktobe, where a large body of water reached suburban villages. On April 16, an emergency situation was declared in the city due to high water. According to the Committee of Emergencies of the Kazakh Ministry of Internal Affairs, more than 500 country houses were flooded as of April 17 and 1,361 residents had to quickly pack their bags and evacuate to safety.

It was previously reported that hundreds of police and emergency staff in Aktobe were working around the clock in flood zones to safeguard public peace and the safety of residents and to prevent looting.

The Atbasar area of the Akmola region is also suffering after a protective dam built only last year collapsed, causing 269 houses to be flooded as of April 17, today.kz wrote. The region is still waiting for floodwaters to recede.

According to analysis conducted, minor flooding in populated places and highways happened due to a large inflow of flood and melt-water into reservoirs in the Akmola, Karaganda and Zhambyl regions, and an urgent increase of water removal became necessary. All rescue units are operating on high alert. Temporary gauging stations were installed by subdivisions of the Internal Affairs Ministry along with akimats (city administrations). 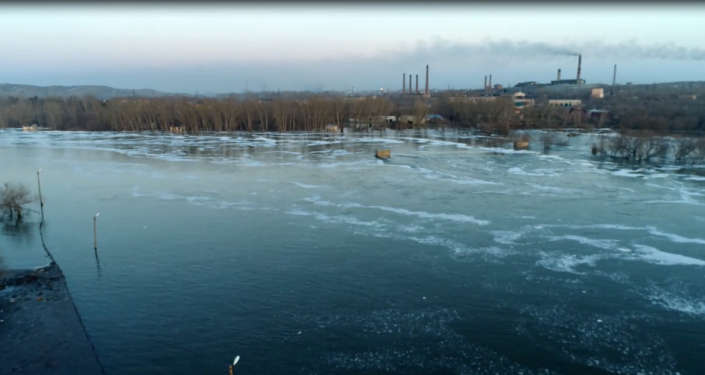 The press service of the Committee of Emergencies recently announced that a noticeable decrease in water level and water removing from reservoirs was observed in flooded areas of Karaganda region. The committee noted all designated water areas are under control while non-stop observation of water levels in populated places is continuing.

Two hundred and sixty seven people who were evacuated from Kyzylzhar Village of Bukhar-Zhyrau district have returned back to their homes.

People also began to return to their homes in Kostanai region after floodwaters were gone.

Earlier, President of Kazakhstan Nursultan Nazarbayev during a meeting with Kassymov tasked the government with restoring normalcy to flooded regions.
The akim (governor) of North Kazakhstan region said the cost of houses that were fully destroyed would be compensated to residents. In addition, volunteers across Kazakhstan are arranging action to collect aid for fellow countrymen who are victims of flooding. Kazakhstan’s senators have also decided to help residents by transferring a day’s earnings to flood victims.