ASTANA – Diplomatic ties between Kazakhstan and the European Union (EU) were established in 1993. Today, the EU is one of the country’s main political and economic partners. Ambassador Traian Hristea, head of the EU Delegation to Kazakhstan, answered questions regarding the recently-adopted Rome Declaration, as well as the Enhanced Partnership and Cooperation Agreement (EPCA) and mutual work in civil service development in an interview with The Astana Times. 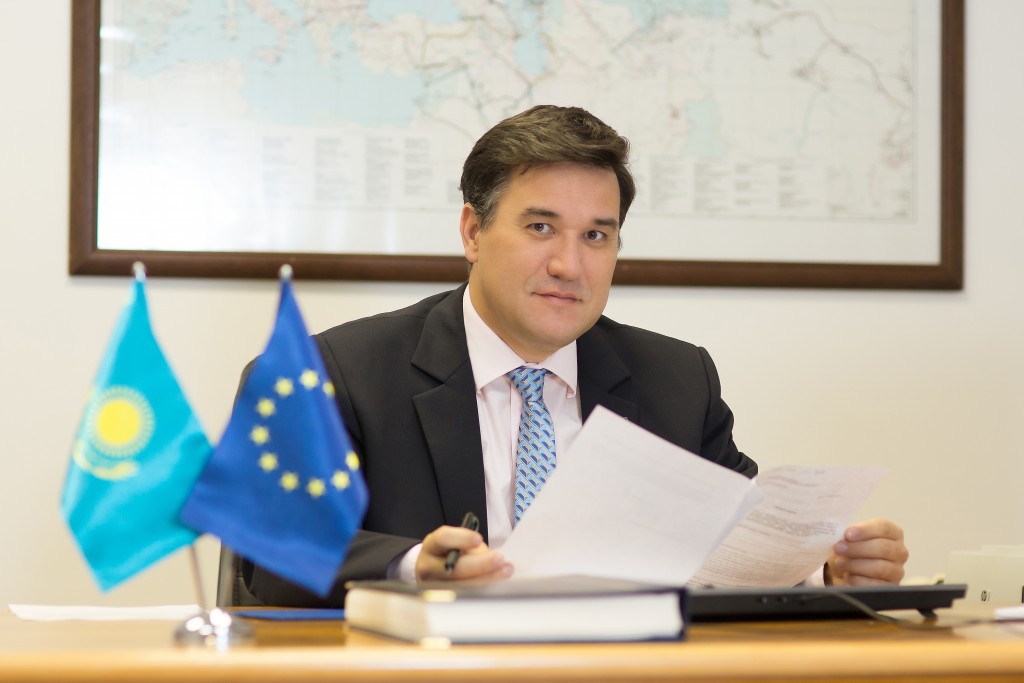 The 60th anniversary of the Treaties of Rome was celebrated this year. What does it mean for the future of Europe in light of the Rome Declaration adopted March 25 and Great Britain’s expected exit from the EU?

The Rome Treaties anniversary is the opportunity to reaffirm our commitment to the values and objectives on which the European project is founded and to take pragmatic and ambitious steps forward. The world is going through a time of great uncertainty, the global balance of power is shifting and the foundations of a rules-based international order are too often being questioned. The EU will be an increasingly vital power to preserve and strengthen the global order.

We, Europeans, have an interest in peace and stability in the world, including Central Asia. We are already the first investor and aid donor worldwide and we are getting more and more engaged in security. Likewise, Kazakhstan has an interest in maintaining peace and security and this responsibility increases as a non-permanent member of the UN Security Council. 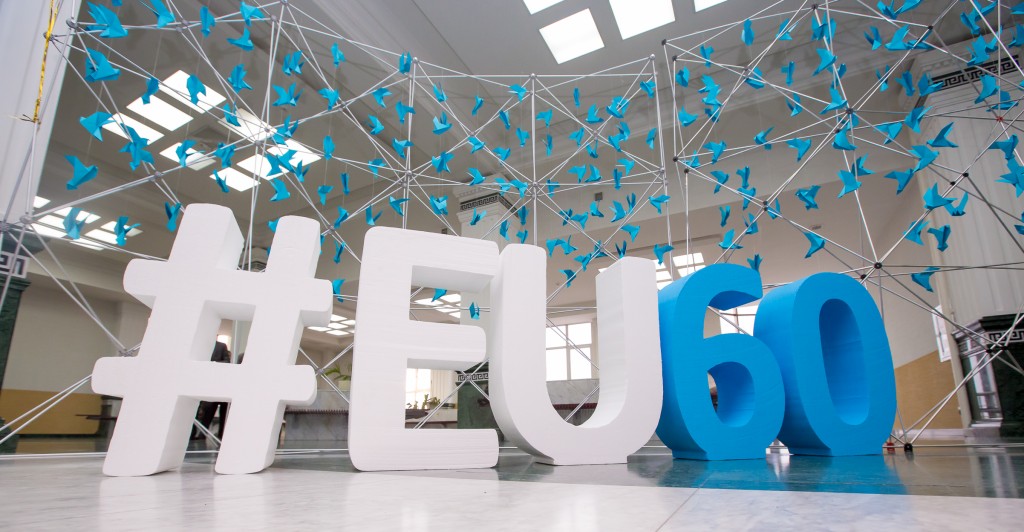 Regarding Brexit, without a doubt we will have to pursue the exit negotiations with the U.K.  The EU will continue to be the biggest market and the second largest economy in the world. The EU is and will remain an indispensable partner everywhere. And let me add one more thing. As a committed European, I have always thought that the EU is not just a single market, but is also values, things we care about, things which are our European identity. Even after Brexit, the U.K. will remain part of that Europe as repeatedly underlined by Prime Minister Theresa May and we will continue to closely cooperate with our British partners in order to promote these values.

The 27 member states reaffirmed the strong determination to continue the European integration process. We celebrated the 60th anniversary of the Rome Treaties with this very clear idea in mind. We will continue to increase cooperation and integration in the fields of defence, economy and foreign policy. The EU is and will continue to be a strong, cooperative and reliable power.

May 1 marks one year since the beginning of the provisional implementation of the EPCA. What has this meant for relations?

Being a so-called “second generation” agreement, the EPCA provides a modern, comprehensive and dynamic framework for cooperation and Kazakhstan is the only country in Central Asia with which such agreement was signed.

The provisional implementation of the main articles of the EPCA will already allow us to benefit from the new legal framework. The EPCA enhances political dialogue and concrete cooperation in some 29 key policy areas, including economic and financial cooperation, energy, transport, environment and climate change, employment and social affairs, culture, education and research. In all those areas we already see the use of this new agreement.

What are your priorities in terms of advancing commercial and political ties?

The agreement is very timely, as it reflects the current trends in bilateral cooperation. As you know, the EU has become – and remains – the main trade and investment partner of Kazakhstan. In 2016, more than a third (39 percent) of Kazakhstan’s foreign trade was with EU countries and over half of total foreign direct investment (FDI) stock in Kazakhstan is EU investment.

The benefits for Kazakhstan’s business and ultimately for its citizens are expected to be a boost for EU-Kazakhstan trade and economic relations and for the country’s economic diversification, as well as to its investment climate. The advantages are better protection of consumers, more business opportunities for small and medium enterprises, stimulating employment, more efficient use of energy and the development of renewable energy sources, reliable business environment, agriculture and rural development.

Amongst the areas that go beyond those already covered by Kazakhstan’s commitments towards the World Trade Organisation (WTO) are the ones addressing trade in services, facilitating the establishment and operation of companies, freeing capital movements, opening up government procurement and protecting intellectual property rights, as well as sanitary and phytosanitary standards.

Since the start of EPCA’s provisional implementation, the scope of bilateral cooperation meetings is expanding. Recently, Astana hosted the first EU-Kazakhstan Cooperation and Trade Committee and Subcommittee on Customs meetings under the new EPCA.

I’d also like to mention the recent meeting of the Parliamentary Cooperation Committee (PCC) on April 27 in Brussels. The committee agenda has focused on further strengthening of parliamentary cooperation between the two sides. By the way, the EPCA has been ratified by the Parliament of Kazakhstan and is pending ratification by the EU side, which according to EU procedures will take some time, as it needs to be ratified in all 28 member states and by the European Parliament. The EPCA has already been ratified by some EU member states and we hope the ratification process will be speeded up.

Kazakhstan and the EU have been cooperating in many areas, including civil service. What are the main highlights of the partnership in terms of its development?

During the project, the EU facilitated a world class civil service system based on the best international practices and adapted to the needs of the country.

I’d like to emphasise that Kazakhstan is well in advance in this process and the new model of civil service, which started to function in 2013, is rooted on three basic principles, namely accountability to society, transparency and meritocracy.

These achievements were reached due to an open and fruitful cooperation with the partners and main beneficiaries: the then Ministry of Civil Service Affairs, the National Centre for Civil Service Staff Management and the Academy for Public Administration under the President of the Republic of Kazakhstan. Starting with the top of civil service, a new “A” administrative corps of senior civil service was established. In addition, a comprehensive modernisation programme is now in place to devise a performance-related appraisal mechanism, transparent and competitive recruitment procedures and a merit-based career for all civil servants.

I am happy to see at its recent annual meeting that the Astana Regional Hub for Civil Service continues to implement and further expand the initial work we have started with our Kazakh and international partners.

What were the specific accomplishments of the project?

As specific achievements, it’s worth highlighting the essential contribution of the project to the preparation of specific legislation in the field such as the new civil service law and the new anti-corruption law, the development of new IT instruments for increasing the efficiency of civil servants such as the E-Kyzmet system for the management of human resources and the elaboration of the strategy for the Academy of Public Administration by 2020. These steps provided the ground for the successful integration of this body in the global academic community.

The expertise and assistance provided by the project permitted the academy to enhance its academic programmes and eventually attracted civil servants from Afghanistan, Azerbaijan, Kyrgyzstan, Russia and Tajikistan. In total, more than 3,000 civil servants in Kazakhstan have been trained during the project.

The project also facilitated the establishment of the Regional Hub on Civil Service in Astana and strengthened the capacity of the Academy of Public Administration to adopt more up-to-date teaching methods and approaches to better train civil servants and enhance their professional competence.