Crowdfunding in Kazakhstan – finally a reality?

ASTANA – Crowdfunding has become a usual thing to people in developed countries. Kickstarter was launched in 2009 and today is one of the most famous crowdfunding platforms in the world, along with Indiegogo and GoFundMe. Russian analogue Boomstarter began in 2012 and has managed to reach IPO level. Kazakhstan is just starting to show interest in crowdsourcing, with two platforms founded last year. 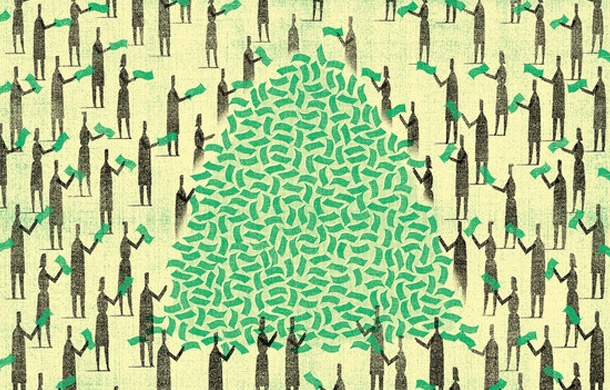 Several companies attempted to conquer the country’s crowdfunding pedestal prior to 2016, but their attempts failed. The nation’s users received Startuper.kz, Startticket.kz, i6.kz, Gostart.kz, Asar.ainvest.kz without much enthusiasm.

While the situation with the platforms was quiet uncertain, local start-ups and talented people were able to collect funds through foreign platforms. For example, the funds for Kanat Beisekeyev’s documentary “Bala,” about Kazakh adoptees in the United States, were raised on a foreign platform. Would he have been able to raise the money in Kazakhstan? Maybe, but it would have taken far longer.

The biggest challenge for Kazakh crowdfunding platforms is a lack of awareness and small audience. The attempts continue, however, and this time seem to be more successful.

“Baribirge.kz began its work on Aug. 1, 2016 and in this short time we have already managed to attract more than 4 million tenge (US$12,000) for various social and creative projects,” said Anna Tadzhimuratova, general director of El-Mirador, the company that founded the website.

The platform’s first successful project was raising funds to record an album of the Lampy (Lamps) Orchestra. It collected the biggest amount – 1.211 million tenge (US$3,570) and 70 people pledged. Another big project was printing a book of Kazakh tales by author Yury Serebryansky, which received the President’s Diploma from the Association of Publishers, Printers and Booksellers of Kazakhstan and was nominated for “The best publication for children and youth in two languages” by the Director of the National Library of Kazakhstan. The project was supported by 69 participants.

“At the moment, there are eight ongoing projects on our site and we have successfully implemented six projects already, including two commercial projects and four socially-oriented ones,” said Tadzhimuratova.

“As for our platform baribirge.kz, we have no special secret. Before our launch, we thought through the strategy and worked through all stages of launch and development. Now step by step, we realise what we have planned; we accumulate experience,” she added.

Many still do not understand the concept of crowdfunding.

“And statistics confirm this. Despite the fact that we have registered more than 1,200 users, only part of them regularly participate in the projects. A lot of people are interested in what it is and how it works, but they just observe,” she noted.

The reason, perhaps, is that users still feel some kind of fear about something new and incomprehensible.

“Most likely, this is due to the fact that the history of crowdfunding in Kazakhstan is very short and people do not fully understand what it is that is interesting for project participants,” said Tadzhimuratova.

She stressed users get much more than money from the projects they support. 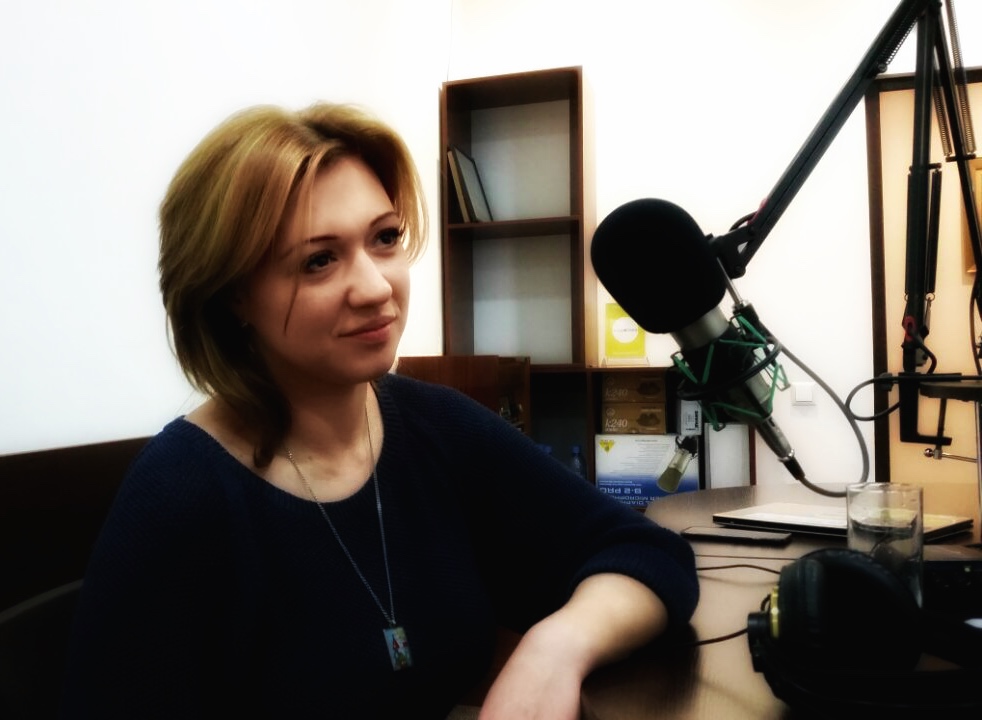 “The idea is that by participating in various projects, a user can receive something unique as a reward. For example, in the project to raise funds for the recording of the album of Lampy Orchestra, as a reward it was possible to visit the group’s rehearsal. We attended this rehearsal together with those users who chose this reward and it was unforgettable! The rehearsal turned into the live performance with casual communication and a huge number of positive emotions,” said Tadzhimuratova.

“These are the emotions that you cannot just go and buy in the store. And most importantly, all the participants receive not only great gratitude from the authors of the projects, but also a sense of their involvement in interesting, important and good deeds,” she added.

“Crowdfunding gave a start to a lot of interesting projects around the world and helped to realise a large number of important and useful ideas. We believe that crowdfunding will develop in Kazakhstan and the result that we have seen in such a short period of our work is a confirmation of that. As they say, the best way to predict the future is to create it,” said Tadzhimuratova.

“The platform was launched in November 2016. At the moment, 10 projects are registered on the website and three of them completed the fundraising,” said start-time.kz project director Aziza Utegenova.

“In my opinion, that was a very interesting and patriotic project. The author, Diana Utemisova, came to us and said she wanted to create clothes in Nomad style for the European concept store. Earlier, she showed her line in Moscow and attracted lots of attention from the European public. So, she thought why not popularise Kazakhstan through clothes? So, we decided to add her project on the platform,” said Utegenova.

Recently, the website launched fundraising for the informational poster “Snakes of Kazakhstan.” The goal is to collect 460,000 tenge (US$1,475). 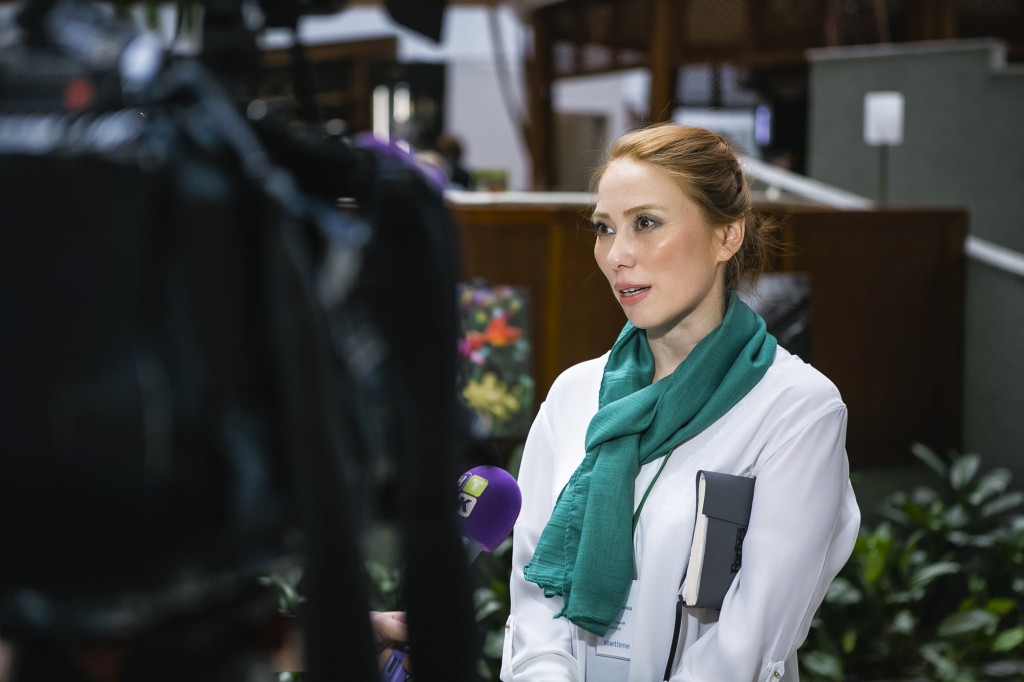 “Many people have no idea what kind of snakes we have in our country and which of them are poisonous. In Almaty near the mountains there are lots of snakes and when people see them, they take rocks or a stick and exterminate them. With that money, the author wants to print posters and distribute them to all of Kazakhstan’s schools. Famous Russian scientist Nikolai Drozdov wrote a letter to the authors and invited them to the Kremlin,” she added.

She shared her opinion on why previous platforms were unsuccessful.

“We work with start-ups. We have to be professionals in our field. I think the main reason previous attempts to create crowdfunding websites failed was because they were start-ups, too. They faced a lack of knowledge in legislation, marketing, promotion and funding. A lot of such factors affected them, I think. It is not just about creating the website. To manage a crowdfunding platform, there should be a group of specialists,” she said.

The team behind start-time.kz was engaged in charity projects before crowdfunding.

“So, we kind of digitalised our work. We had our base of specialists and we were ready. We are also managed by an investor who can invest in some of the projects. We are not a start-up,” said Utegenova.

The number of people who know about crowdfunding is small and the nation needs to create an environment where start-ups can develop, she added.

“Well, there are people who know what the crowdfunding is, but ordinary people, they have no idea. We say it is similar to the ancient Kazakh tradition called Asar. In the past, friends, neighbours and relatives built yurts together and the recipient should cook a tasty lunch and make a good atmosphere. So, crowdfunding is pretty much the same. If we awake this Asar tradition in people, crowdfunding will find its place under the sun. Moreover, it helps avoid bureaucracy. If a person has an idea and dreams about it and if people help him, who knows, maybe he will be a major businessman in the future and raise the economy,” noted Utegenova.