Ambassador Suleimen, Ambassador Hill, how would you describe the dynamics of relations between the two countries during this period?

Astana attaches great importance to the development of comprehensive relations with Wellington, especially given New Zealand’s strong relationships with the Pacific region. Similarly, New Zealand values its relationship with Kazakhstan, not least given Astana’s extensive engagement with other countries in Central Asia. 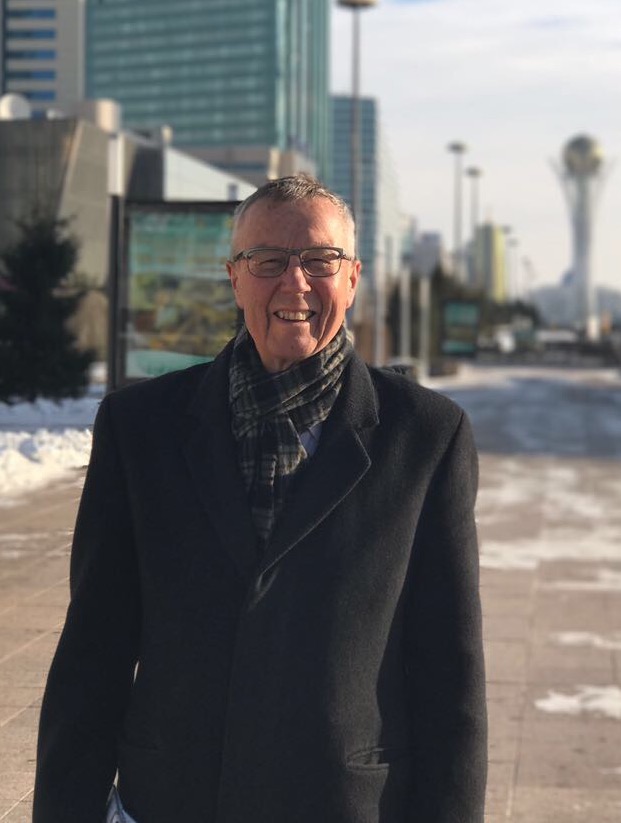 What do Kazakhstan and New Zealand have in common?

Both Kazakhstan and New Zealand are active members of the international community, with a shared commitment to a strong rules-based international system and the importance of ensuring that the voices of small states are heard.

Both countries are active members of respective regional communities. We work together in the United Nations and its subsidiary bodies in pursuit of many common interests, including nuclear non-proliferation, disarmament, renewable energy and addressing the impacts of climate change.

Both countries also share an interest in the economic development of the Asia-Pacific region, through our common membership in the World Bank Group, the Asian Development Bank and the Asian Infrastructure Investment Bank.

One particular common experience is membership in the United Nations Security Council. Kazakhstan’s current position as a non-permanent member of the Security Council, for the 2017-2018 term, immediately follows New Zealand’s own 2015-2016 term on the council. Both countries see membership of the council as an opportunity to play an effective and independent role in contributing to maintenance of international security.

In your opinion, what are the main prospects for development of bilateral relations between Astana and Wellington?

Both countries are considering ways of enhancing their relations for mutual benefit. In light of Kazakhstan’s ambitious goal to become one of the top 30 developed countries by 2050, establishing close cooperation with the Organization for Economic Cooperation and Development (OECD) is one of the main priorities of Kazakhstan’s foreign economic policy. New Zealand’s experience in promoting its economic development is therefore of keen interest to Kazakhstan.

In the trade and economic sphere, we both see the agricultural sector as an area of particular opportunity, especially given the considerable agricultural potential of both countries. In his recent address to the nation on global competitiveness, President Nursultan Nazarbayev outlined five key priorities for Kazakhstan’s economic development, including the digitisation of the economy, and the importance of developing a strong agricultural sector. New Zealand’s success in developing a competitive export-oriented economy, with a strong agricultural industry and a growing IT services sector, is therefore of great interest to Kazakhstan.

There is also scope for cooperation in the education and tourism spheres. Many students from Kazakhstan have benefited from the experience of studying in New Zealand under the Bolashak international scholarship programme. On Jan. 1, 2017, Kazakhstan introduced new visa regulations, allowing New Zealand citizens to visit Kazakhstan visa-free for up to 30 days. This is a tremendous opportunity for New Zealanders to pursue business opportunities and enjoy the beautiful landscape and hospitality of Kazakhstan. In addition, the Kazakh science magazine OYLA has been published in both Australia and New Zealand.

New Zealand companies are also increasingly interested in the business opportunities that exist in Kazakhstan, especially in the services sector. Kazakhstan’s accession to the World Trade Organisation in 2015 puts such opportunities into even greater focus. We hope that the appointment of Nurlan Smagulov as New Zealand’s first Honorary Consul in Kazakhstan will enable our two countries to make the most of these possibilities.

Finally, both Kazakhstan and New Zealand enjoy close relations with China. In light of Chinese President Xi Jinping’s One Belt, One Road initiative to connect Eurasia and the Asia-Pacific via the Silk Road Economic Belt and the 21st-century Maritime Silk Road, we see increased opportunity to strengthen economic ties and expand our connectivity within the wider Asia-Pacific region.