ASTANA – Britain will unveil its EXPO 2017 pavilion June 26 in Astana as part of the United Kingdom’s National Day, officials announced recently at the presentation of the pavilion at the Foreign and Commonwealth Office in London. 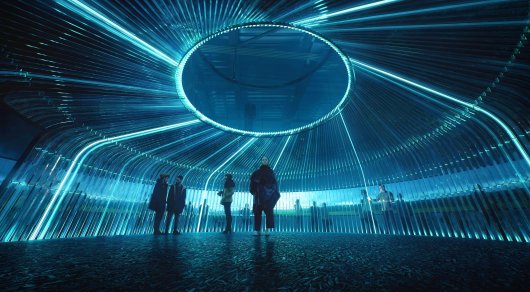 Idrissov thanked Britain for supporting Kazakhstan’s hosting of the exhibition, to be held under the theme of “Future Energy”, and stressed the importance of London’s contribution to the event’s preparations and promotion.

He also noted Kazakhstan will become the first state in Central Asia and among the Commonwealth of Independent States to host a worldwide exhibition. “EXPO 2017 will become one of the most important global forums in our country’s history. Astana will turn into (one of) the international energy and cultural centres of the world. Within the framework of the exhibition, it is planned to hold summits of the Shanghai Cooperation Organisation and the Organisation of Islamic Cooperation, national days of the countries participating in EXPO 2017, various ministerial forums and more than 3,000cultural and sports events,” said the ambassador.

Hands, who is also a co-chairman of the Kazakh-British intergovernmental commission, noted the high level of bilateral relations and the key role of the Kazakh market for the United Kingdom. He also invited guests to participate in the Caravan-EXPO 2017 roadshow to be held in a square in London April 13 to 16.

According to him, Astana Expo 2017 is an excellent opportunity for Britain to showcase its latest energy innovations.

In addition, the British Commissioner of EXPO 2017 noted the United Kingdom views the exhibition as a unique opportunity to develop business cooperation with Kazakhstan and the expo’s other countries.

Lord Mayor of London Andrew Charles Parmley and the Minister for International Trade will represent Britain.

According to Asif Khan’s concept, the 1,100 square-metre pavilion will be shaped like a Kazakh yurt. It will ask visitors to imagine a new future fuelled by the properties of the advanced material graphene, discovered by Nobel Prize winning U.K. scientists at Manchester University. The pavilion, to be set up under the theme “We Are Energy” will also display other discoveries made by Great Britain.

The U.K. is one of the world’s flagships in the field of green energy. The first worldwide exhibition was held in the 19th century in London.