BI Marathon Set for May 28 in Astana’s Triathlon Park

By Kamila Zhumabayeva in Nur-Sultan, Sports on 25 April 2017

ASTANA – The annual BI Marathon is planned for May 28 in the capital’s Triathlon Park, and 300 people have already registered for the event. 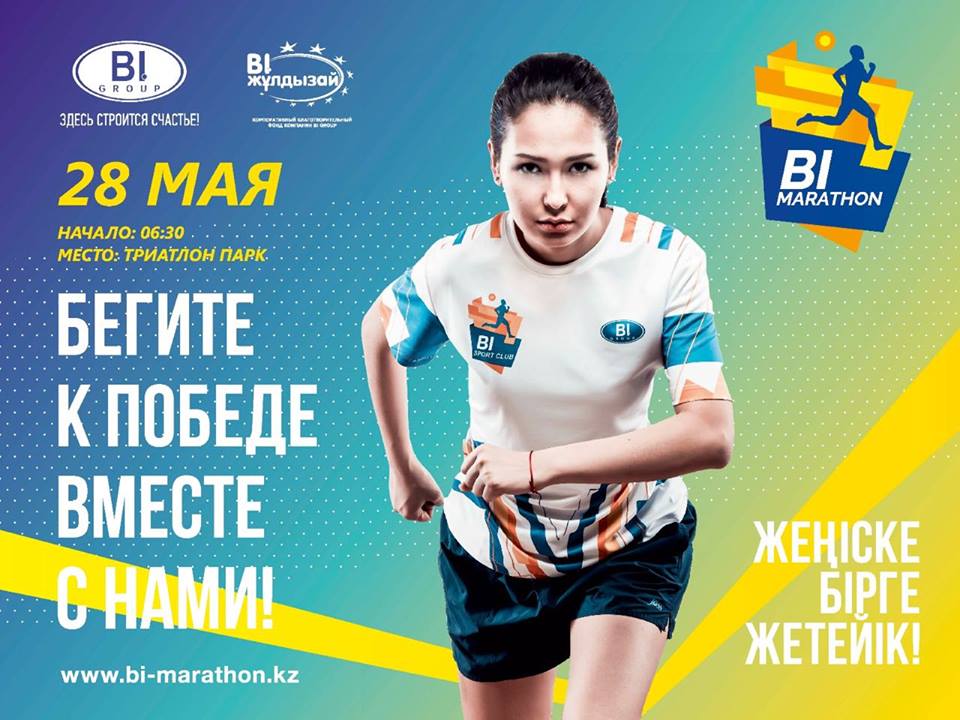 “This year the location of the marathon is changing to Astana’s Triathlon Park, which the BI Group company gave to the capital [as a gift] for its 18th anniversary [in 2016]. We are confident that in the coming years, the new place will be important for physically active residents and guests of the capital city,” Gaukhar Kerimova, BI Group’s public relations director, told The Astana Times.

The park, located in the centre of the city on the right bank of the Yessil River, is a specialised area for running, bicycle racing enthusiasts and all those who make exercise part of a healthy lifestyle.

The annual marathon is growing in popularity and this year’s event has already attracted more participants than last year. Two hundred guests and about 2,500 BI Group personnel joined last year’s run – fewer than the 300 that have so far registered for the event in May, according to the race’s website, www.bi-marathon.kz.

“We have set the limit to 3,000 people based on the experience of past marathons, but we are sure that this year will have more people interested in this event,” Kerimova said.

Terms of the marathon have not changed from last year. Runners can take part in races of a variety of distances, from 1.5 kilometres to 42.195 kilometres.

The organisers hope this year will have more team races, Kerimova noted. The event includes the Ekiden team race for six participants.

“Our marathon has a happy goal: to help children with special needs who are being treated within medical and social programmes of the BI-Zhuldyzai fund,” she explained.

Over nearly two years, about 2,000 children have undergone rehabilitation at the fund’s medical centre, and 300 of them had surgeries done by foreign specialists whom the fund regularly brings to Astana. Thirty-one children aged four to 12 who had been confined to wheelchairs have been able to take their first steps due to treatment they received through the fund, Kerimova said.

Those who want to join but feel intimidated can take advantage of free training sessions the company offers.

“We would also like to point out the training sessions held along with company paid coaches every weekday morning and evening at three parks in Astana. Full information and registration are available at the bi-marathon.kz website. Join us and run towards victory along with us!” she said.