ASTANA – The Immortal Regiment of Astana – Peace March will be held on Victory Day to commemorate the memory of Soviet soldiers, according to the city akimat (administration) press service. 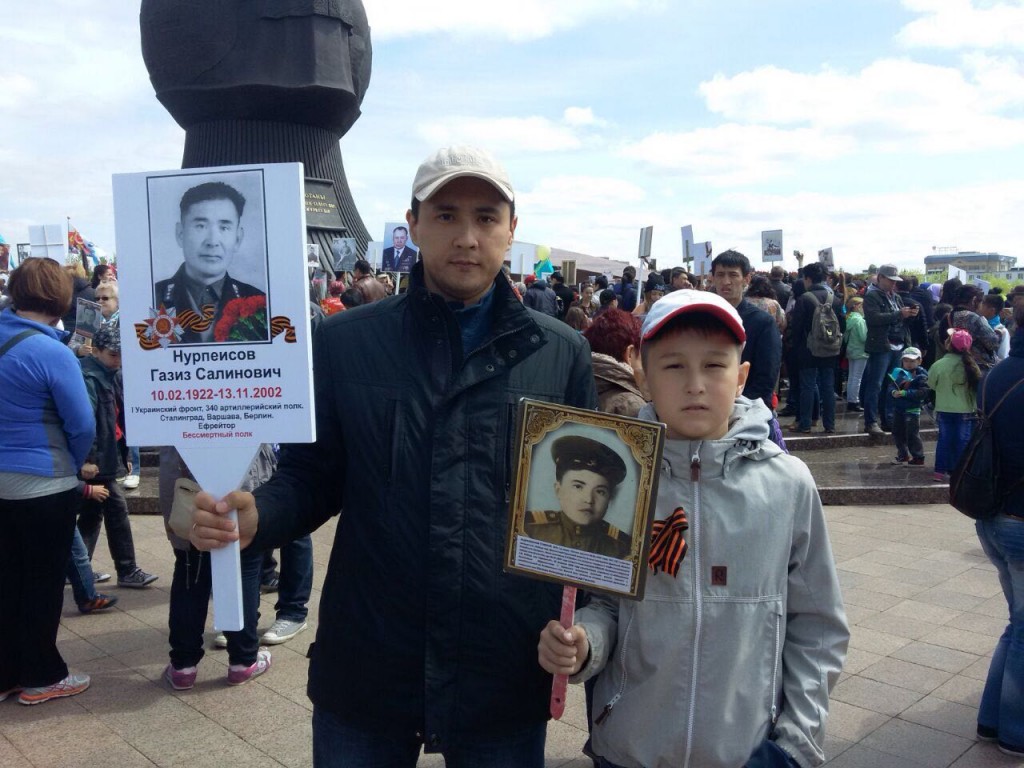 The Astana Department of Internal Policy supported the initiative.

The event is held annually to preserve the personal memory of the descendants of the 1941-1945 Great Patriotic War participants, as well as to promote patriotism among the younger generation.

The gathering of the Peace March participants will be held May 9 at 12:30 p.m. at the Kazakh Yeli monument. The route will stretch to the Otan Korgaushylar (Fatherland Defenders) monument, extending by almost 2.5 kilometres compared to last year.

“Last year, the distance was shorter, about 1.5 kilometres. Many people, emotionally, felt like this distance of the Victory parade was too short, so this year we extended the route. Within the framework of the Immortal Regiment parade, it is forbidden to put advertising symbols on banners. We intend to perpetuate the memory of our war veterans, the participants in the battles, those who did not return from the front and those who disappeared without a trace,” Aida Baimakova, member of the Coordinating Council of the Immortal Regiment campaign said.

The idea to hold the march first appeared in Tomsk in Russia in 2012. A year later, history faculty student Baimakova together with former chairperson of Astana and Akmola regional trade union Anna Shevchuk contacted the campaign organiser in Tomsk and created the council of the Immortal Regiment in Astana in 2014. The capital first hosted the march on May 8, 2015 with more than 1,500 participants. In 2016, their number exceeded 7,000 people.

Today, the Immortal Regiment is an international march that unites more than 60 countries.