By Anuar Abdrakhmanov in Sports on 8 April 2017

ASTANA – Kazakhstan’s Astana Arlans boxing club was defeated for the first time in the World Series of Boxing’s (WSB) new season. The Arlans lost 4-1 to the Uzbek Tigers in the April 1 away match. 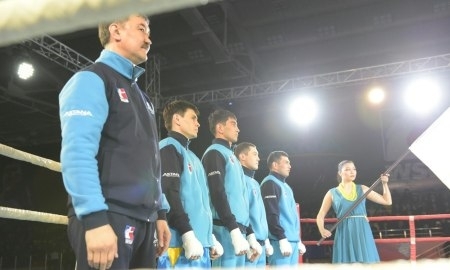 The Astana Arlans’ next match will be held April 22. Its opponent will be the China Dragons.

To date, the Kazakh team has occupied first place in its Group C (Asia) with 12 points from five matches. It has already qualified for the playoff stage as the best team of the season in its group. The Uzbek team is in second place with nine points.

WSB is a league that sees the world’s best amateur boxers competing in teams without headgear and using the scoring system of the International Amateur Boxing Association (AIBA). According to the WSB website, the origin of the league “reunited the broader boxing world and its grassroots amateur foundation by providing a bridge between Olympic Boxing and a future professional programme within the AIBA family.”

WSB is wholly owned by AIBA. All WSB boxers are also registered with AIBA and all referees and officials working WSB matches are specifically certified for the competition. Franchises have a national identity and are formed by national federations. Teams are allowed a quota of overseas boxers: a maximum of eight in total and no more than three of the same nationality.

Teams representing franchises across the globe compete in a league format leading to playoffs and a final. The boxers compete in five three-minute rounds and five bouts per match.

This year, WSB includes three geographically based groups each with four teams. The Arlans are in the Asia group with the Russian Patriots, Tigers and Dragons. The other groups are Americas and Europe, and Middle East and Africa. The first two teams from the groups and two best-ranked third teams will reach the playoffs.